Brad Pitt and Jennifer Aniston did not attend an Oscars party together, despite a false report. Gossip Cop can correct the story. It's simply not true. 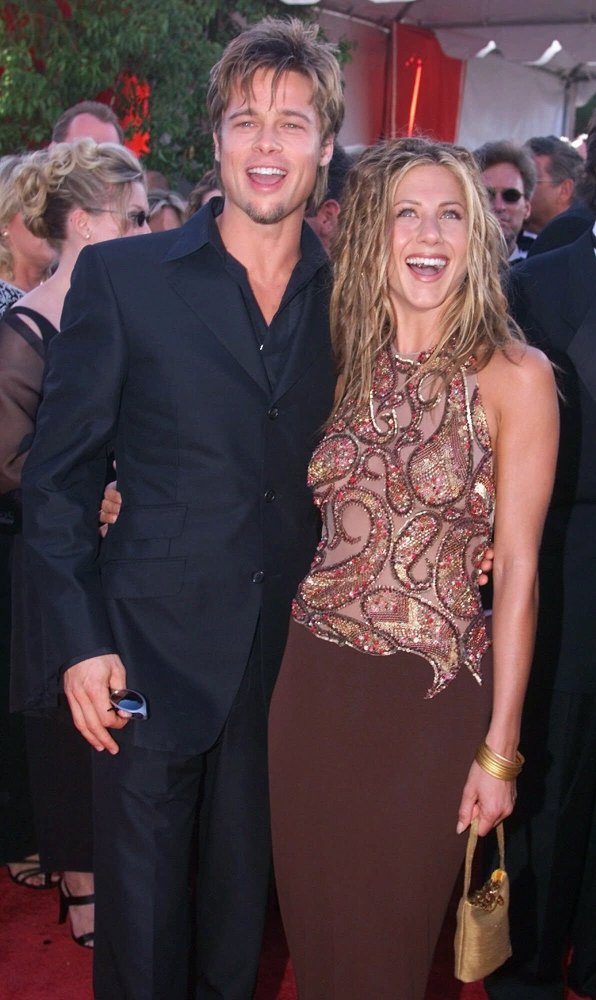 Prior to Sunday night's Academy Awards, New Idea published an article claiming Pitt and Aniston were preparing "to reveal their relationship to the world" following their reunion at her 50th birthday party earlier this month. A supposed source told the magazine the exes were "finally ready to make their new romance official" by attending an Oscars bash as a couple.

The alleged insider further contended the ex-spouses have been secretly dating for months and hiding their romance from Angelina Jolie, but "they're ready to take the big leap and hit the awards circuit together." "They're finally putting their foot down against her and want to go public," added the seemingly phony source. "For the first time, Brad is putting Jen in front of Ange."

The suspicious tipster went on to say that Aniston was nervous about attending an Oscars party with her ex-husband due to all the "scrutiny" that would follow, but she was ready to come out of hiding and believed showing up together at an Oscars party would be "the perfect opportunity to let the world know that they're back on track."

Like many phony tabloid stories, the passage of time has proven this premise to be untrue. Pitt and Aniston didn't attend an Oscars party on Sunday night, either together or alone. Vanity Fair's star-studded afterparty included guests such as Lady Gaga, Charlize Theron, Miley Cyrus, Liam Hemsworth, Jamie Foxx, Jennifer Lopez and Alex Rodriguez.

Those at the Governors Ball included Barbra Streisand, Spike Lee, Rami Malek, Mahershala Ali, Mike Myers, Dana Carvey and Lupita Nyong'o. And celebrants at Elton John's afterparty included Caitlyn Jenner, Taron Egerton, Jamie Bell, Kate Mara, Tiffany Haddish, Heidi Klum and Diana Ross. It's worth noting, many of those mentioned above party-hopped and showed up at multiple events. Nowhere to be found, however, were Pitt and Aniston.

It's clear New Idea's "sources" are either woefully unreliable or flat-out nonexistent. This is the same magazine that Gossip Cop busted last week for absurdly claiming Pitt and Aniston got married at her 50th birthday party. This latest article makes no mention of the two being newlyweds. Earlier this month, the publication said Aniston was upset about Justin Theroux having a baby with Laura Harrier. The actress's estranged husband isn't dating Harrier, let alone having a child with her.

Last month, the tabloid concocted a storyline about Pitt dumping Aniston for Charlize Theron. None of these stories are based in reality, and they're not particularly consistent either. The outlet doesn't even bother to stick to its fictional narratives, but instead jumps from one to another.

Miley Cyrus, Liam Hemsworth Arguing Over Whether To 'Raise Family In Australia'?

5 Wrong Rumors About Ben Affleck, Jennifer Garner Getting Back Together