Is Carrie Underwood pregnant with twins? That's what a tabloid claimed this week. After spending a few days investigating, Gossip Cop can now reveal all the evidence that indicates this allegation is untrue. 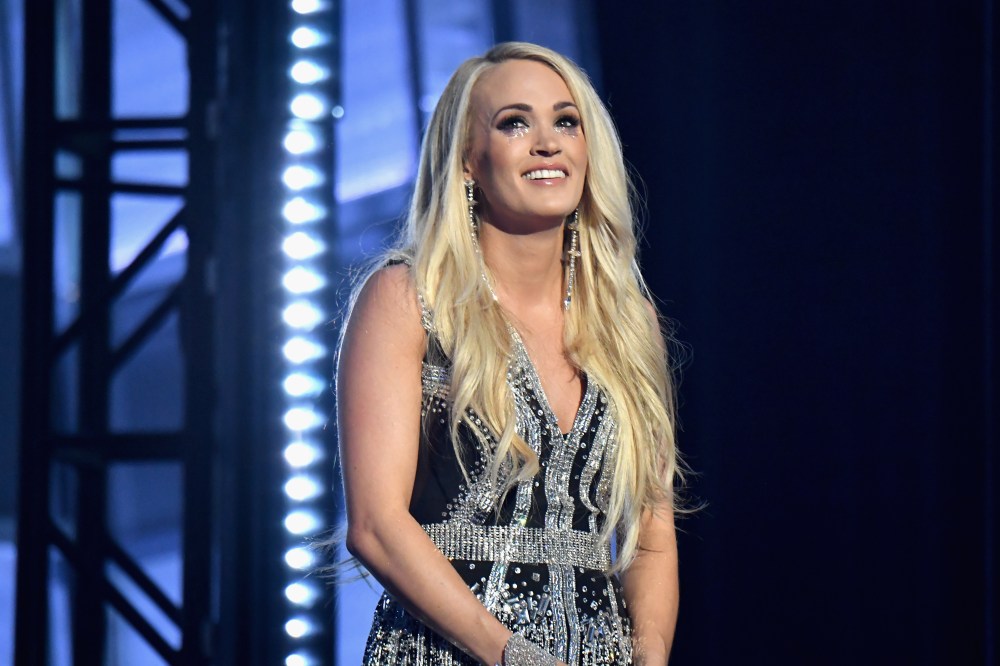 The latest cover of Life & Style announces a "baby bombshell" for Underwood, alleging she is having "twin girls." In the accompanying article, the gossip magazine contends "pals are buzzing that she and husband Mike Fisher are expecting." A so-called "insider" is quoted as saying, "One of her friends let it slip… She'd have to be ecstatic with the news of two [babies]." To be clear, the outlet has no actual confirmation, and wants readers to believe that Underwood is pregnant based on purported "pals" "buzzing" and what a supposed "friend" allegedly "slipped" to its unnamed, untraceable and unidentifiable "insider."

And even though this "insider" clearly has no direct knowledge of this alleged pregnancy, the questionable source nonetheless goes on to contend, "Carrie can't wait to have little girls to dote on." To add credence to its tale, the publication claims Underwood has been "craving chocolate and shopping for baby clothes," but has no proof to back that assertion up. There's also a flat-out wrong claim on the front of the issue, where it's alleged the singer is "leaving Nashville to raise her growing family."

People reported earlier this month that Underwood and Fisher are "looking to move," but specifically said they "will not be leaving the Tennessee capital city." And they are relocating not due to a "growing family," but security issues, as well as the couple's uneasiness staying in the home where Underwood had her fall last year. Notably, the credible magazine said nothing about Underwood being pregnant.

And, as Gossip Cop mentioned above, there is evidence she isn't. Less than a week ago, Underwood shared on Instagram a photo of herself in a bikini top that exposes her perfectly flat stomach, not a growing belly that's carrying twins. And just last week, she and Fisher took a trip to Napa Valley, where they visited wineries and participated in a wine tasting. Underwood posted on Instagram a photo of her wine, and even including the hashtag, "#winetime." As is commonly known, it is not considered safe to drink wine during pregnancy. It is implausible to suggest the singer would be putting her unborn babies' health at risk if she was actually expecting.

Additionally, Underwood announced last month that her next album will be released in September. Album releases usually entail extensive media appearances, and what's more is that Underwood wrote in a fan letter on her website in April about the new music, "Of course, we're already talking about a tour." A tour would not be feasible if she was pregnant with twins or had to care for newborn babies.

Lastly, it should be considered that in February, Life & Style's sister outlet, In Touch, with whom it shares a staff, ran its own cover story declaring Underwood and Fisher were headed for divorce. Not only did Gossip Cop rightly debunk that article, but Fisher himself later shut down rumors that they were splitting. Now just a few months later, readers are expected to trust that the publication's sister tabloid has real information about the couple expecting. That's a significant credibility issue.

To recap, Life & Style has no legitimate confirmation that Underwood is pregnant and has no proof to offer readers. On the contrary, Underwood is sporting a flat stomach and showed she was indulging in wine as recently as last week. In addition, she has indicated she is planning a new tour, and the outlet is also wrong about her moving away from Nashville. Though a rep for Underwood did not respond to requests for comment, it is for these reasons we conclude the singer is not really pregnant with twins and the unsubstantiated cover story is untrue.