Are Chris Hemsworth and Brie Larson really feuding? One of this week's tabloids claims the Avengers: Endgame co-stars are at war. Gossip Cop can debunk the phony drama. 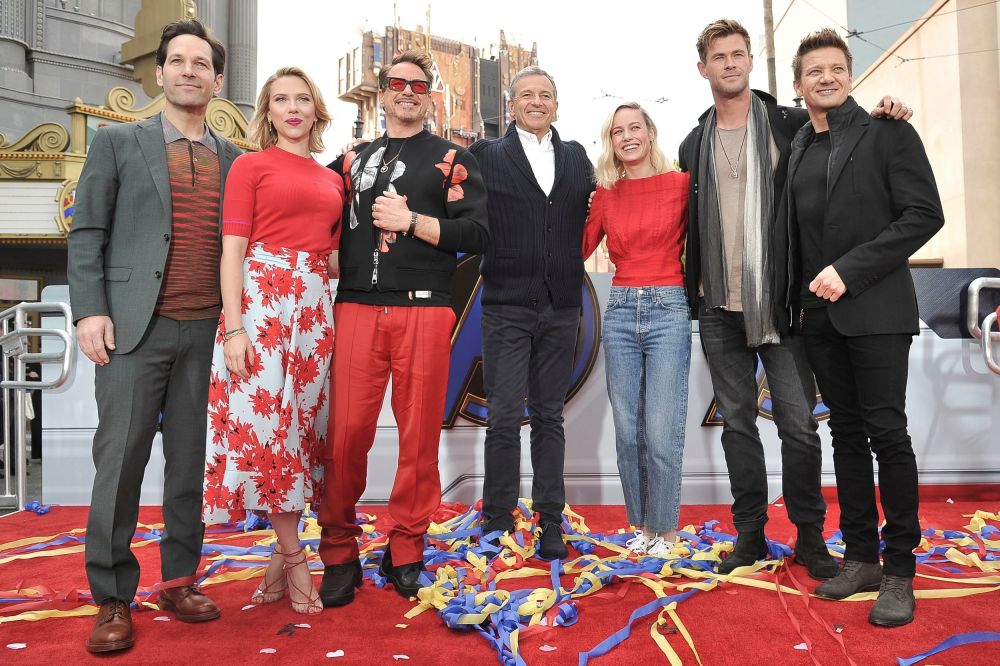 According to Star, Hemsworth believes the actress has had a bad attitude throughout the promotional tour for their Marvel movie. A supposed source tells the magazine, "It frustrates Chris that Brie has come in and is acting like she owns the place just because Captain Marvel was number one at the box office. Chris is the easiest person to get along with, but he thinks she's a prima donna."

The alleged tipster further contends that Larson demanded "top billing and to be seated in the best position during cast interviews." The questionable insider adds, "Brie appears to think she's the best thing that happened to the Marvel franchise. She believes her own hype and comes off as rude. Everyone is getting irked – most of all, Chris."

Here's what's really happening. Hemsworth and Larson got into a playful spat during a recent interview with "Entertainment Tonight" and Star is now attempting to create a fake battle between them. During the interview, the co-stars got into a lighthearted argument over who performed more stunts and whose character was stronger. The magazine doesn't mention that during the same interview, Larson was asked if she stole anything from the Avengers: Endgame set, and Hemsworth responded, "You stole our hearts."

Also last month, Larson retweeted fan art of Thor and Captain Marvel fighting alongside each other, and tagged Hemsworth in the tweet. It seems very unlikely the actress would share a photo singling out their two characters if she truly didn't get along with her co-star. Still, Gossip Cop checked in with a rep for Larson, who tells us on the record that the outlet's report is entirely untrue. Despite what the magazine's anonymous "source" claims, a the actress's spokesperson assures us she's not feuding with Hemsworth.

It's worth noting, Gossip Cop busted a different tabloid for attempting to create a fake romance between the Avengers: Endgame co-stars. Last month, we debunked a story claiming Hemsworth's wife, Elsa Pataky, believed Larson was trying to steal her husband. That story wasn't true either, but it goes to show how the gossip media arbitrarily comes up with phony fights and love affairs. Depending on which outlet you ask, Hemsworth and Larson are either at odds or getting too close. Neither scenario is accurate.