A report from last year claiming Christina Aguilera might be joining the "American Idol" reboot turned out to be completely untrue. Gossip Cop exclusively debunked the story as soon as it emerged. Time has proven it false. 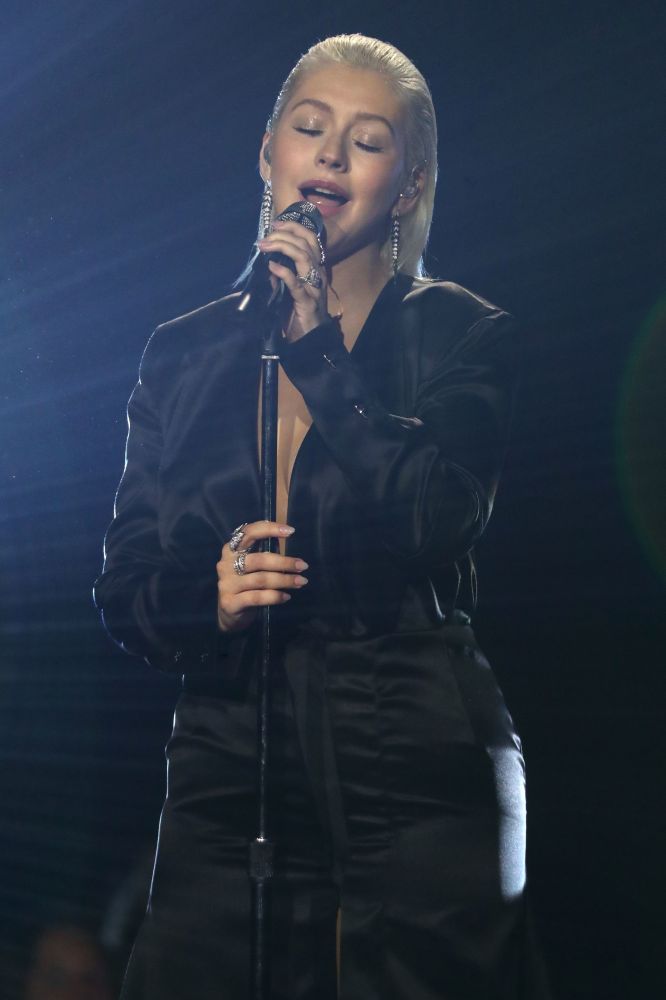 On May 18, 2017, HollywoodLife wrongly reported that ABC wanted Aguilera as a judge on "American Idol" following her stint as a coach on NBC's "The Voice." Sources involved in the production of both shows had no knowledge of plans for the singer to switch networks. Of course, the report was proven untrue when Katy Perry, Luke Bryan and Lionel Richie joined "American Idol" in the weeks that followed.

Not only was the blog's article exposed as fiction last year, but a new Billboard interview with Aguilera indicates it's unlikely she'll ever sign on for another reality competition show. The pop star told the magazine she didn't particularly enjoy her time as a coach on "The Voice," even describing the series as an "energy sucker."

Aguilera further noted that her contention with singing competition shows is that they're "not about music," but instead "making good TV moments and massaging a story." She added, "I didn't get into this business to be a television show host and to be given all these [rules]." Simply put, it sounds very doubtful Aguilera will ever be getting back into reality TV.

The singer doubled down on her aversion to competition shows earlier this week. In an interview with W magazine, Aguilera explained that "The Voice" "wasn't a comfortable place" for her because she felt like "part of a money-making machine" as opposed to being part of a project she felt passionate about. "I found myself in that place where I'm being told what to do, what's going to be acceptable or unacceptable," she added. These new revelations about her disdain for singing competitions prove that Aguilera was never considering joining "American Idol" after she left "The Voice."

It's worth noting, Gossip Cop has subsequently called out HollywoodLife for publishing false reports about "American Idol." Last September, the unreliable blog wrongly reported that Selena Gomez would be joining the reboot. Obviously, that never happened. Shortly after that, the site made up a bogus story about "The Voice" coach Blake Shelton being disappointed that Luke Bryan joined "American Idol." It's abundantly clear that HollywoodLies, as it's been nicknamed, has zero insight into what goes on behind the scenes of the ABC series.