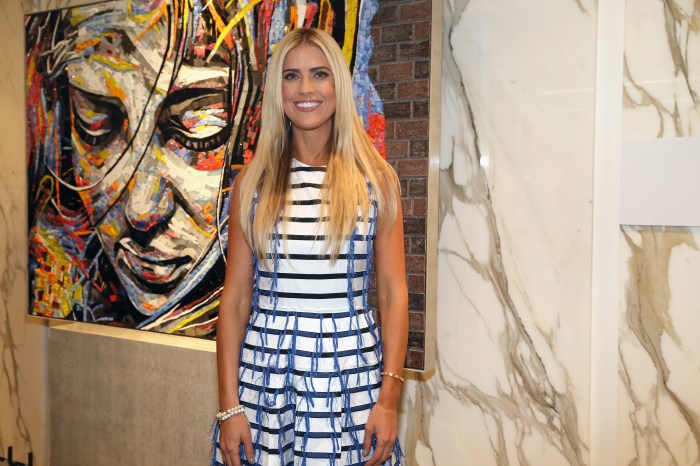 "She makes our job easy since she is such a beautiful canvas to work on." That's how stylist Niki Moon captioned this shot of Christina El Moussa over the weekend after the "Flip or Flop" star's pre-real estate expo/post breakup makeover.

Christina's updated look featured long curls with a mix of highlights and lowlights and a low-key, fresh-looking makeup application.

The reality star, who split from her husband and costar Tarek El Moussa last year, was in the Chicago area to speak on a panel about her house-flipping business and show, which she and Tarek remain committed to shooting together.

According to E! News, Christina told the audience she and Tarek were broke before they flipped their first home. The Santa Ana, California, sale earned them $34,000. After that, they realized the house-flipping game could change their lives.

"Tarek told me we were going to get a TV show," Christina recalled. "He made me follow him around with a little video camera that we borrowed. And we did all the work ourselves."

In addition to sharing their business, Christina and Tarek have been devoted to co-parenting their two young children — a job Christina takes very seriously.

"I don't work at night," she said at the real estate expo. "I shut my phone off, I don't check it. I do my routine with the kids. I don't look at it for two hours. It's all about being present in the moment with them. That's one of the things we do."

As for her relationship with Tarek, Radar reports Tarek has asked Christina not to "bring 'dates' around the kids," although he also has said he wishes her well.

She reportedly broke up with her boyriend, Gary Anderson, earlier this year.