Cindy Crawford and Rande Gerber's recent trip to Miami was not a "make-or-break vacation" to "save" their marriage, despite reports. Gossip Cop can exclusively bust the untrue stories. We've confirmed with Crawford's rep that the trip was a typical holiday vacation that had nothing to do with fixing nonexistent marriage problems. 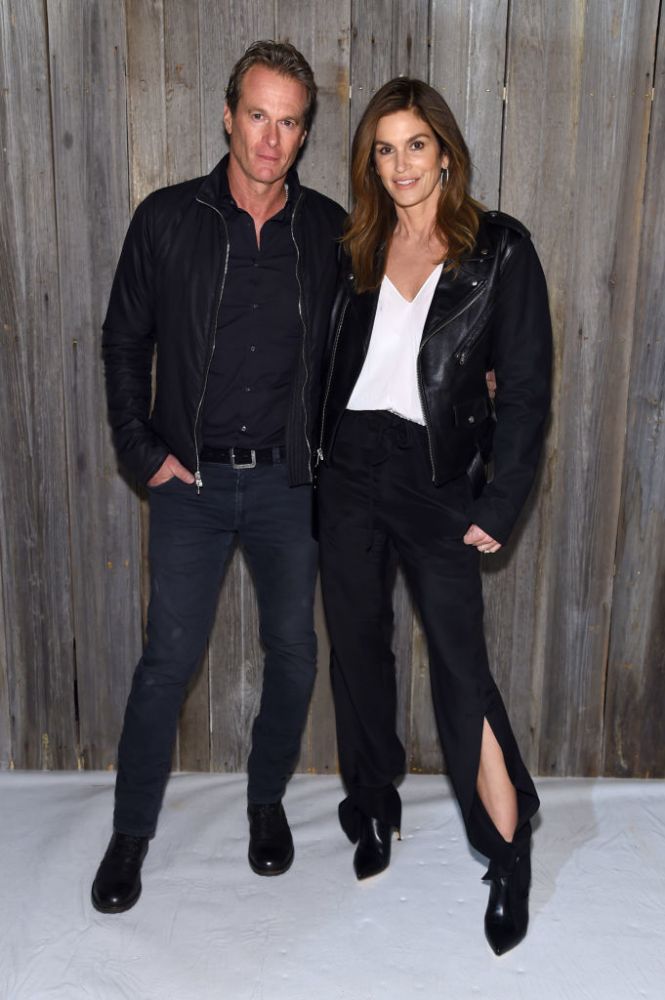 But Star and RadarOnline are peddling identical stories this week that claim the couple went away to address "the family issues plaguing their longtime partnership," and that they were "hoping their make-or-break family vacation would forge a new beginning." A so-called "insider" is quoted by both publications as saying, "They flew down to Miami Beach with the kids as a way to patch up their relationship and get back to basics." The sister outlets maintain the trip "gave them time to sort out" various "issues," such as disagreements about their kids' modeling careers.

Gossip Cop, however, can explain what's really going on. Last August, Star falsely announced a "$1 billion divorce shocker" for Crawford and Gerber. In the entirely untrue story, the tabloid claimed the couple was at the "point of calling it quits on their long-troubled marriage." Similar to now, it was alleged that one of the main issues was arguments over their children modeling. The article's contentions were easily disproven, though, and a contact close to the stars, who spoke on the condition of anonymity, bluntly told Gossip Cop the report was "asinine" and that it was "not true" they were about to divorce.

Now more than six months have gone by, and it's clear our reporting was correct. Crawford and Gerber never split, and because of that, the magazine and its online sister publication are trying to do damage control. Instead of admitting that the story from last summer was just plain wrong, they've concocted this new narrative about the couple's recent trip being a vacation that successfully repaired their marriage. This is a cover-up.

The real reason Crawford and Gerber went to Miami is because they decided to get out of town during Easter weekend. And they were pictured holding hands on the trip, as photos featured by both the magazine and the blog show, not because they fixed their relationship but because they weren't any problems between them to begin with. In fact, Crawford and Gerber were also photographed holding hands during a date night in February, a month before this purported "make-or-break vacation."

More recently, just this week the Daily Mail described Crawford and Gerber as looking "blissfully happy" while out together in Santa Monica on Wednesday. That's because they are happy, and at no point were they contemplating divorce. A rep for Crawford further confirms to Gossip Cop that the trip wasn't about working through difficulties as "everything is great." That will also be clear when the couple celebrates their 20th anniversary next month.