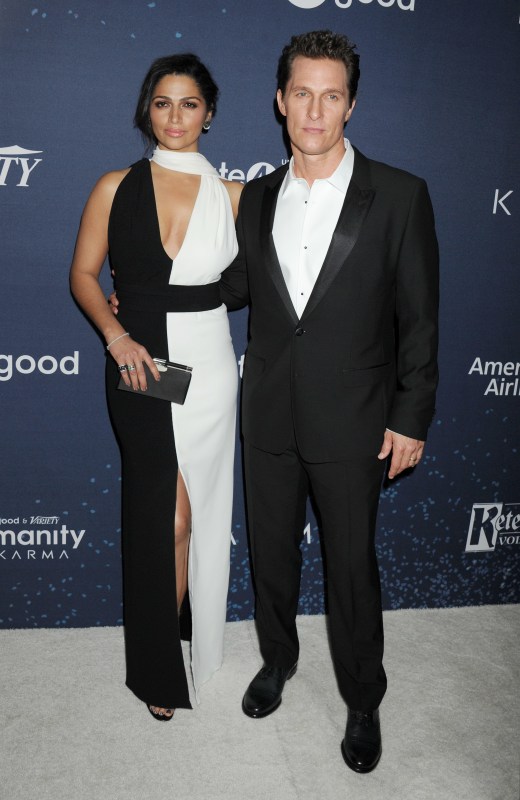 Camila Alves did NOT lose her temper after reporters asked her too many questions about husband Matthew McConaughey, despite a bogus tabloid report. Gossip Cop can exclusively debunk this claim. We're told it's "completely inaccurate."

According to Star, Alves recently participated in a number of interviews to promote her new partnership with Target, but journalists were more interested in her famous husband. A so-called "source" tells the magazine, "Camila is normally so sweet and gracious, but you could tell she got annoyed when every single interview inevitably became about him." The outlet's dubious insider adds, "Eventually, Camila just lost it. She even threatened to walk out if Matthew's name was brought up again."

But Gossip Cop checked in with a reliable source close to Alves, who exclusively assures us she never flipped out on any reporters, and it's "not in her character" to do so. We're told the claim otherwise is "completely inaccurate." Unfortunately, we&'re not surprised that the tabloid would publish this phony story.

Gossip Cop previously corrected Star for falsely claiming that Alves and McConaughey were fighting nonstop. We also called out the outlet's sister publication, OK!, for wrongly reporting that Alves was upset about McConaughey being an "absentee dad." There was no truth to either of those stories, and the same goes for this latest one.