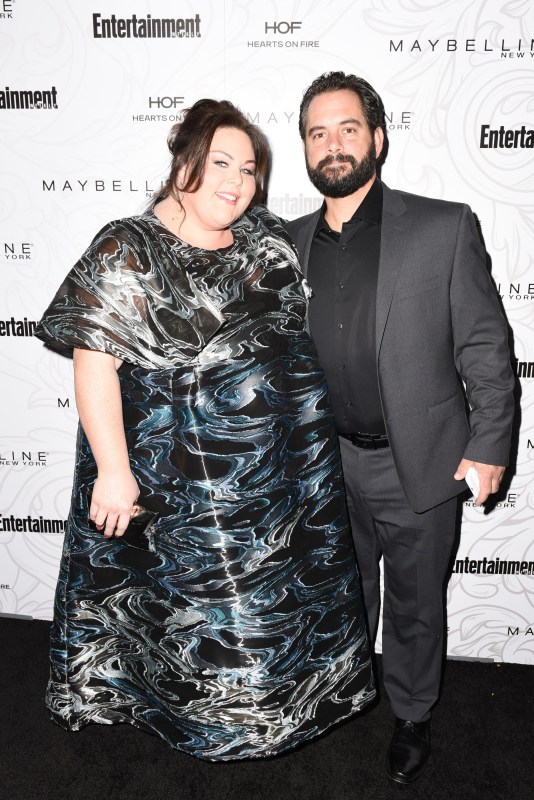 Chrissy Metz proudly stepped out Sunday night with her new boyfriend by her side.

The 36-year-old actress posed on the red carpet with Josh Stancil — who is reportedly a cameraman on Metz's NBC hit show, This Is Us — while at Entertainment Weekly's Screen Actors Guild Awards party at Chateau Marmont in Los Angeles.

Metz looked stunning in a gray, black and blue gown, while her guy sported a dapper gray suit.

Getty ImagesIn December, Metz gushed to ET about Stancil, admitting that she was smitten. "You know what? I think I am," she said of being in love. "It's such a blessing — really it is. It really is."

Metz recalled meeting Stancil "at the beginning" of This Is Us "through a friend," and noted that he was "not an actor." "He is a sweet treat and he's wonderful," she added.

While Metz is clearly head-over-heels for her boyfriend, she admitted to being cautious when speaking about their relationship. "Here's the thing, he needs to have his own life," she explained. "I don't want him roped into mine, so I just want to protect him. My little sweet treat."