Did Daniel Craig really go on a special mission to find a particular acne cream for his wife Rachel Weisz? That's the bizarre premise behind a completely made-up claim in one of this week's tabloids. Gossip Cop can exclusively correct this phony report. 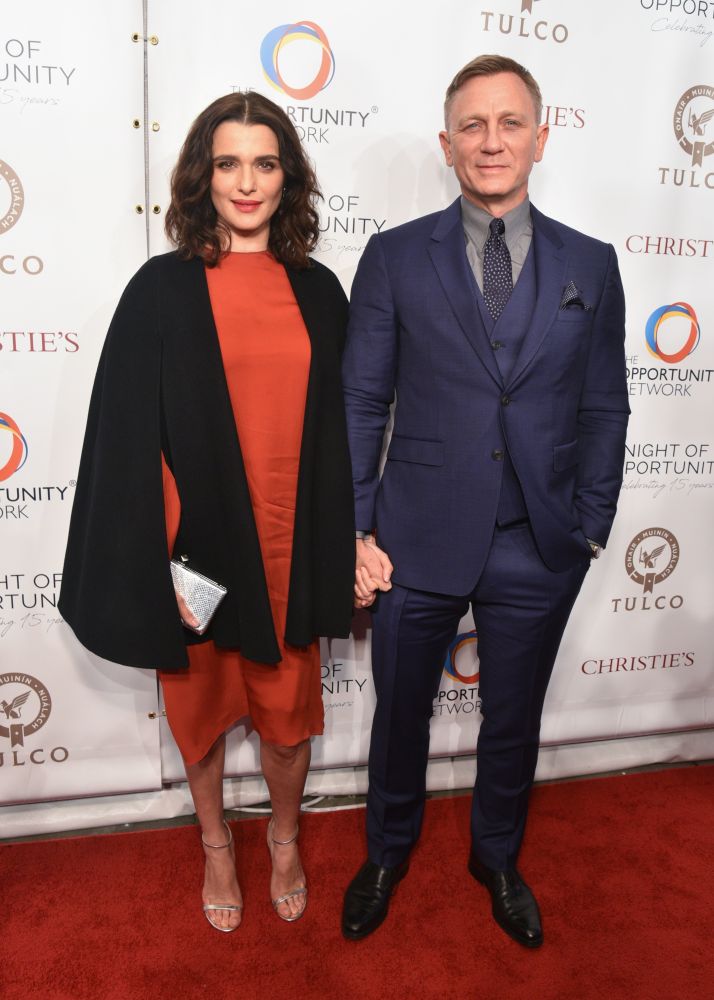 According to Star, Craig recently "raced through busy Beverly Hills boulevards on foot like a man on a mission: to find fancy zit cream." The often debunked magazine further contends the James Bond star "raised eyebrows when he stormed into exclusive beauty shops near his swanky hotel" desperately looking for a special "high-end blemish blaster." A so-called "source" then says in a fake-sounding quote, "Daniel sighed he'd been running all over town for his gorgeous wife, Rachel Weisz," adding how it was "an emergency" because the actress had "run out of her go-to solution."

There are more holes in the publication's tale than in 007's sports car after its been shot at by Bond villains. Among the article's many glaring omissions are when did this supposedly happen? What's the name of the pimple cream? Which stores did Craig visit, and what's the name of the one where he found the medication? The reason the outlet doesn't have any of that information is because it seemingly concocted the entire plot.

While the tabloid's vague report is based on an unnamed, untraceable, and possibly fictitious "source," Gossip Cop checked in with Craig's rep, who exclusively assures us the outlet's story is "rubbish." It bears mentioning that the magazine asserts the acne cream expedition took place in Beverly Hills, but Craig and the rest of the cast and crew are currently in Norway, where production is beginning on the next Bond film.

Gossip Cop is not remotely surprised by the falsity of the article, since Star has been repeatedly wrong with its stories about the blond English actor. Just last month, we busted the very same outlet when it inaccurately maintained Craig was driving Weisz crazy with his extreme "James Bond" diet. That wasn't true, nor has the magazine's tales about him and his wife having marital strife.

For instance, Gossip Cop corrected the tabloid when it published a piece in 2017 that insisted Craig and Weisz's marriage was in trouble. Of course, the two are still very much together, and in the summer of 2018, the couple welcomed their first child, a little girl. Much like the aforementioned stories, the latest article about Craig going on a mission all over Beverly Hills to find a particular pimple cream is also bogus.