One of this week's tabloids claims the only reason Daniel Craig and Rachel Weisz are having a baby is to save their marriage. Gossip Cop can exclusively debunk this false report. A rep for the James Bond star tells us it's entirely untrue. 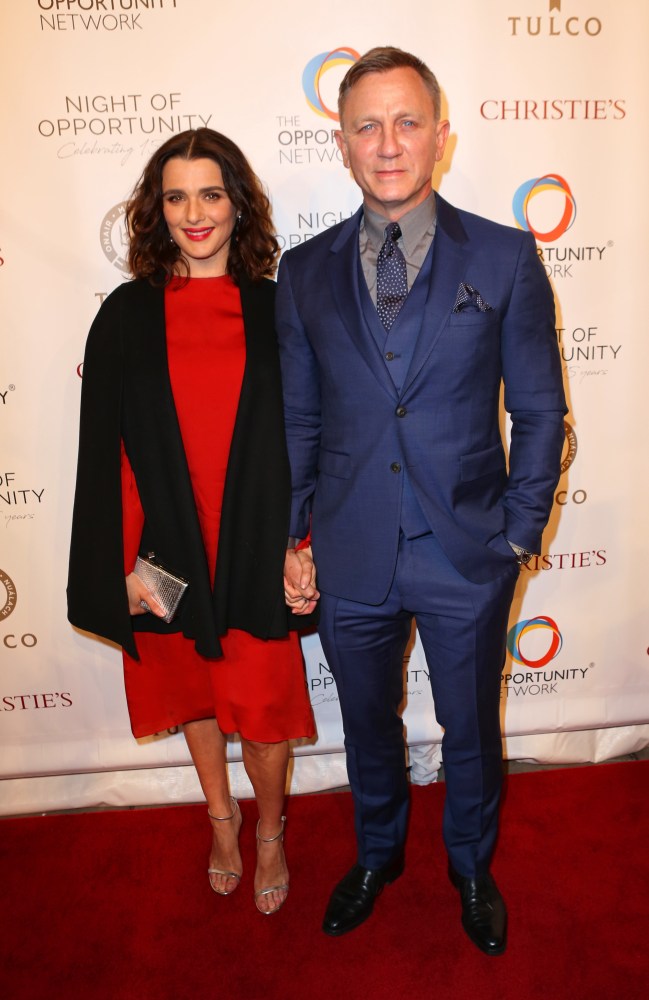 Weisz revealed last month that she and her husband of nearly seven years are expecting their first child, but according to the National Enquirer, the two are only bringing life into the world to prevent a divorce. A so-called "source" tells the magazine the couple's relationship had been "hanging by a thread," but the baby news "has been a game-changer."

The outlet's unreliable insider further contends the spouses have "decided to relocate to their native England" to raise their child. Only, Craig and Weisz purchased a Brooklyn brownstone just a few months ago, so this is completely inaccurate. Still, the misinformed tipster says the couple "realized they nearly destroyed their marriage with their personal priorities," but they believe the baby will be "the answer to their problems."

This entire article, which is filled with glaring factual errors, is based on information from an anonymous and seemingly nonexistent "source," but Craig's own spokesperson tells Gossip Cop on the record there's no truth to the tabloid's account of events. We're told the couple wasn't having marriage problems before Weisz got pregnant, nor did they decide to have a baby to repair their relationship.

Additionally, People recently reported that "having a child is a natural desire" for Craig and Weisz, as well as the "natural next step" in their marriage. There would be nothing "natural" about having a baby for the sole purpose of avoiding a breakup. Meanwhile, when the New York Times asked Weisz about her marriage last month, she responded, "I'm very happy being married, very, very happy."

This wouldn't be the first time the actress has gushed about her relationship with Craig. In January, Weisz told the Evening Standard, "I wear a ring all the time. I wear my ring with pride. I'm taken." Unfortunately, the Enquirer constantly alleges the spouses are headed for a split, despite all of the evidence proving otherwise.

Gossip Cop called out the tabloid in December for wrongly reporting Craig and Weisz were attempting to "save their marriage." Shortly before that, the publication falsely claimed that Craig and Weisz were "living separate lives." Now that the happy couple has a baby on the way, the untrustworthy magazine is trying to save face by claiming they're only conceiving out of desperation. As the actor's own rep assures us, that's simply not the case.

Kylie Jenner spends only one hour a day with baby Stormi?

Did Tom Cruise and Vanessa Kirby ever date?