Demi Lovato and Wilmer Valderrama are not back together, despite an inaccurate tabloid report. Gossip Cop can debunk the phony claim. We've learned that the exes simply haven't reunited. 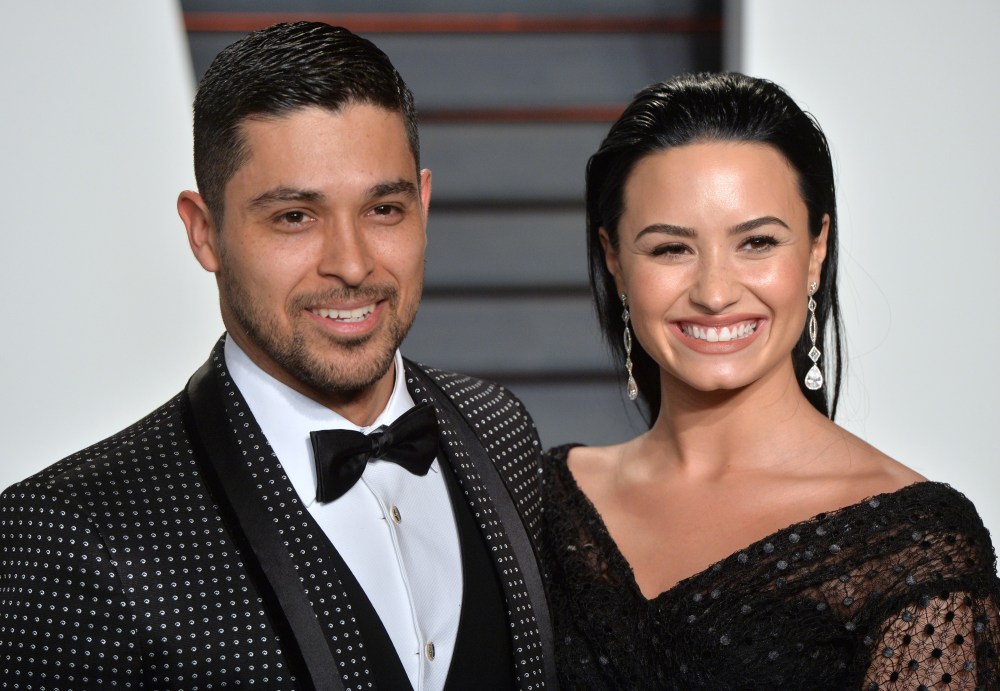 Last month, the singer popped into her ex-boyfriend's Instagram livestream for a friendly chat. The "That '70s Show" star ended the conversation by telling her they should meet up later in the week. The interaction has prompted Star to claim that the exes, who split in 2016 after dating for six years, have rekindled their romance.

"They're taking this slowly," a supposed source tells the magazine. "Wilmer never stopped loving her, and he's thrilled to have the old Demi back." The alleged insider adds, "He's had to take a step back while she works on her health, but the spark is still there."

Gossip Cop checked in with an individual in Lovato's camp, who tells us she's simply not back together with her ex-boyfriend. The singer has remained on very good terms with Valderrama since their 2016 split, and they're still close friends, but they're not a couple again.

The actor supported his ex during her recent struggles with addiction and visited her in the hospital following her July 2018 overdose. Valderrama has continued supporting his ex as she works on her sobriety, but their relationship is no longer romantic. A source close to the actor similarly tells Gossip Cop that he's not dating his ex again.

It's worth noting, Star has already proven to have little insight into the pop star's love life. Last year, Gossip Cop called out the magazine for falsely claiming Lovato was dating "Grey's Anatomy" actor Jesse Williams. As time has proven, there was never a romance between the pair.

This also wouldn't be the first time we've had to debunk a story about Lovato getting back together with her ex-boyfriend. Following the singer's overdose last year, Gossip Cop busted Star's sister publication, Life & Style, for wrongly reporting that Lovato and Valderrama would be getting married in the wake of her health scare.

Shortly before that, Star's other sister publication, OK!, made up a similar story about Lovato and Valderrama planning a wedding. For whatever reason, the gossip media can't seem to wrap its head around the concept of exes remaining friends. Just because the singer and the actor have kept in contact doesn't mean they've reignited their relationship. Chatting with fans together over an Instagram livestream also doesn't indicate a reconciliation.

Brad Pitt Looking To Date Under The Radar After Angelina Jolie?