Drew Barrymore is not pregnant with her third child, despite a speculative and false tabloid report. Gossip Cop can exclusively debunk the baby rumors. The actress simply isn't expecting. 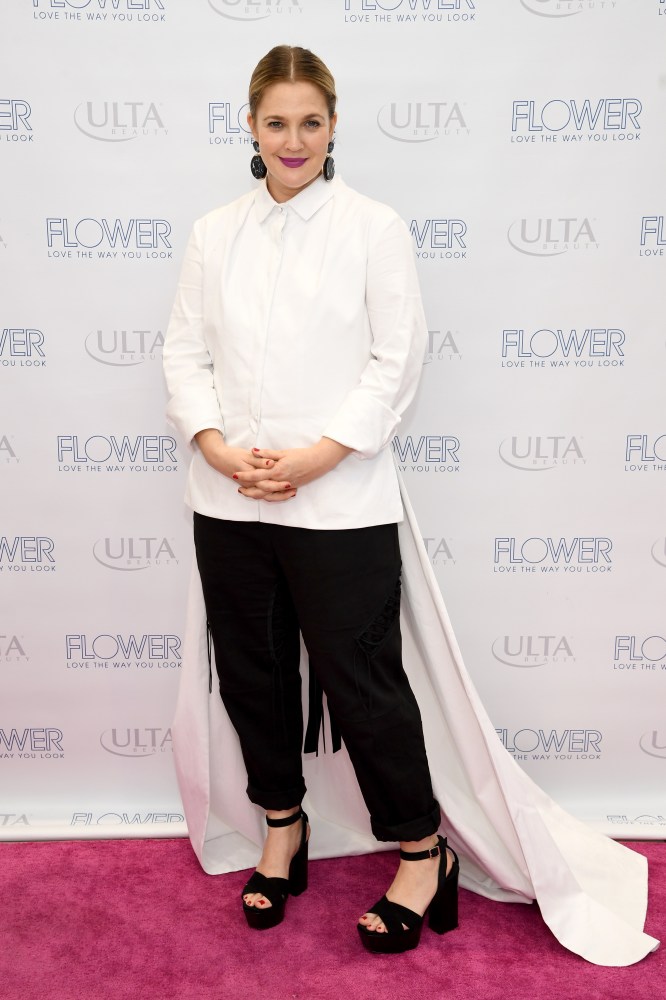 According to Woman's Day, the actress had a "noticeably rounder stomach" while shopping with Cameron Diaz in Los Angeles last week. An alleged insider tells the magazine, "It wouldn't come as a huge surprise if Drew's expecting." The supposed source further contends that "rumors have circulated around Hollywood for a while" that Barrymore has considered having more kids.

"She's a wonderful mother already and wouldn't need to be in an old-fashioned or conventional relationship to have another child," adds the outlet's questionable tipster. It's unclear what this even means. Is the "insider" suggesting that Barrymore turned to IVF using a mystery donor? Or is the idea that the actress chose a casual partner to be the father of her baby?

Regardless of the magazine's baseless story lacking a shred of evidence, Gossip Cop checked in with a source close to Barrymore, who tells us on the condition of anonymity that she's not pregnant. The actress, who shares two young daughters with ex-husband Will Kopelman, simply isn't expecting a third.

Just a few weeks ago, Barrymore revealed that she's single and spends most of her time working and raising her daughters. The actress went on to say that she has a hard time meeting people and stopped using dating apps because they're not her style. Simply put, it seems highly unlikely that the single actress is pregnant with any man's baby.

Additionally, earlier this year Barrymore revealed that a fan wrongly assumed she was pregnant while she was leaving a restaurant. During an interview on "The Late Late Show with James Corden" in March, the actress joked that after a fan congratulated her on expecting a baby, she responded, "No, I'm just fat right now."

It should also be mentioned, the tabloids have a habit of wrongly impregnating Barrymore. In May 2016, Gossip Cop called out the National Enquirer for falsely claiming that the actress was sporting a "baby bump." In that article, the supposed child belonged to either ex-husband Kopelman or a mystery man.

Just one month before that, around the same time Barrymore announced her split from Kopelman, Star alleged that Barrymore was six months pregnant with another man's baby. These pregnancy narratives clearly haven't panned out. This latest article on the subject is more nonsense.

Jennifer Aniston NOT Moving To New York For New Show, Despite Claim