Is Dwayne Johnson threatening to drop out of Fast & Furious 9 because Vin Diesel wants to direct the movie? That's the claim in one of this week's tabloids. Gossip Cop can set the record straight. 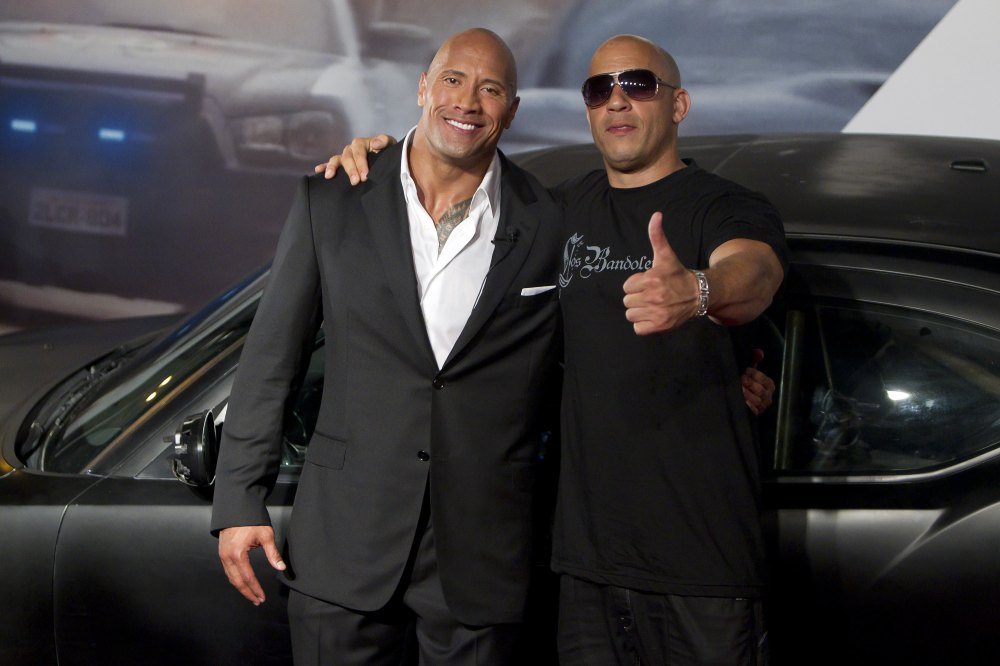 The two action stars had an infamous feud on the set of The Fate of the Furious back in 2016, and now according to Star, the pair are "headed for yet another showdown." An alleged insider tells the magazine, "Vin is determined to direct the next Fast & Furious movie, but Dwayne and his team are threatening to drop out of the picture if he does. Vin and Dwayne can't even be on set together."

The supposed source adds, "Any chatter about these two guys finally getting on the same page is a lot of hot air. They're just as at odds with each other as they were a year and a half ago, and there's zero reconciliation in sight." Although it's true that Johnson and Diesel still don't appear to be on great terms, the tabloid's account of events is inaccurate.

Back in October 2017, Diesel announced on Facebook that director Justin Lin would be returning for the next two installments of the Fast & Furious franchise. Lin has directed four of the eight entries in the series so far. The actor never had any intention of directing the next movie in the franchise, so the tabloid's entire premise is baseless.

As for Johnson, he's not threatening to drop out of Fast & Furious 9, and that's because he wasn't planning to appear in the sequel in the first place. In January, Johnson confirmed that his character Hobbs won't be in the ninth movie in the series. Instead, the actor is teaming up with Jason Statham for the spinoff Fast & Furious Presents: Hobbs & Shaw, which hits theaters in August. "We're not in Fast 9 because they're getting ready to start shooting," the actor told MTV News. "But who knows with Fast 10 and down the road, you never know."

Additionally, Gossip Cop checked in with a source involved in the development of Fast & Furious 9, and we're assured the magazine's article is bogus. The popular franchise has been at the center of many phony tabloid stories. A few months ago, we called out Star's sister publication, OK!, for wrongly reporting that Henry Cavill was begging Johnson for a role in the ninth movie. Shortly after we debunked the claim, Johnson revealed he's not involved in the film. The outlet's latest article surrounding the upcoming sequel is more fiction.