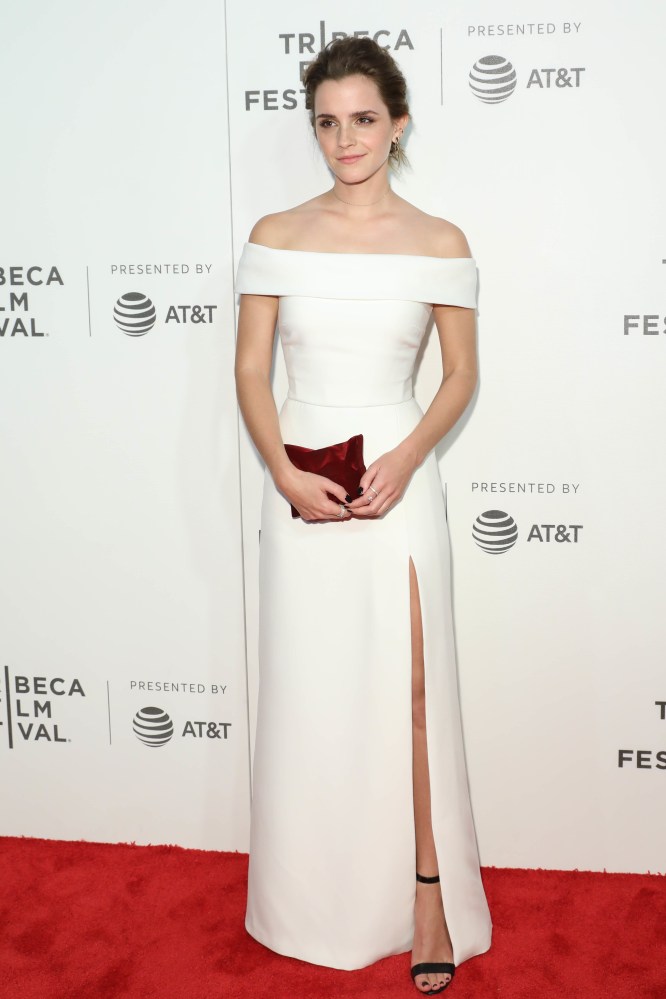 After the end of Watson's relationship with Matthew Janney in 2014, she began dating Knight in late 2015. They kept their relationship under wraps, but that unfortunately didn't stop the tabloids from making up untrue stories and spreading inaccurate claims about their romance. For instance, in July of 2016, OK! wrongly alleged Watson was planning to marry Knight on New Year's Eve.

The gossip magazine maintained Watson was "sorting out the wedding arrangements" with plans for something "private and low-key." Asserted a so-called "insider," "The goal is to keep it quiet till it's done and dusted." In actuality, there was nothing to keep quiet as Watson wasn't marrying. And the New Year came and went without any nuptials, just like Gossip Cop said it would.

Life & Style was next to try to marry Watson off. In a May 2017 report, the outlet announced, "Emma's Surprise Big Sur Nuptials!" A supposed "source" insisted, "Emma is telling friends she and Mack will exchange vows overlooking the ocean in Big Sur at the end of summer." There was no merit to the contentions, and summer passed without a wedding, again proving Gossip Cop right.

But in late July, the publication decided to run a new Watson wedding story, in which it made no mention of its previous tale. In this version, it was claimed she and Mack were overheard talking about their "dream" plans, with a purported "eavesdropper" contending, "They talked about which family members they would invite and where the wedding would take place, in America or London. They even talked about flowers and a honeymoon." Of course, the story was totally bogus, and Gossip Cop said so at the time.

Now four months later, we've confirmed that Watson and Knight have long gone their separate ways, and did so "very amicably." The split was first reported by Us Weekly.

Did Eva Mendes give Ryan Gosling a marriage ultimatum?

Is Kylie Jenner being "stiffed" by "Keeping Up with the Kardashians"?

Is Mariah Carey worried that her ex-manager will leak secrets after their split?