Faith Hill is dumping Tim McGraw, at least according to yet another wrong tabloid story about the country couple "calling it quits." This latest story maintains Hill is "ready to take the mic to announce their separation." Gossip Cop can bust it. 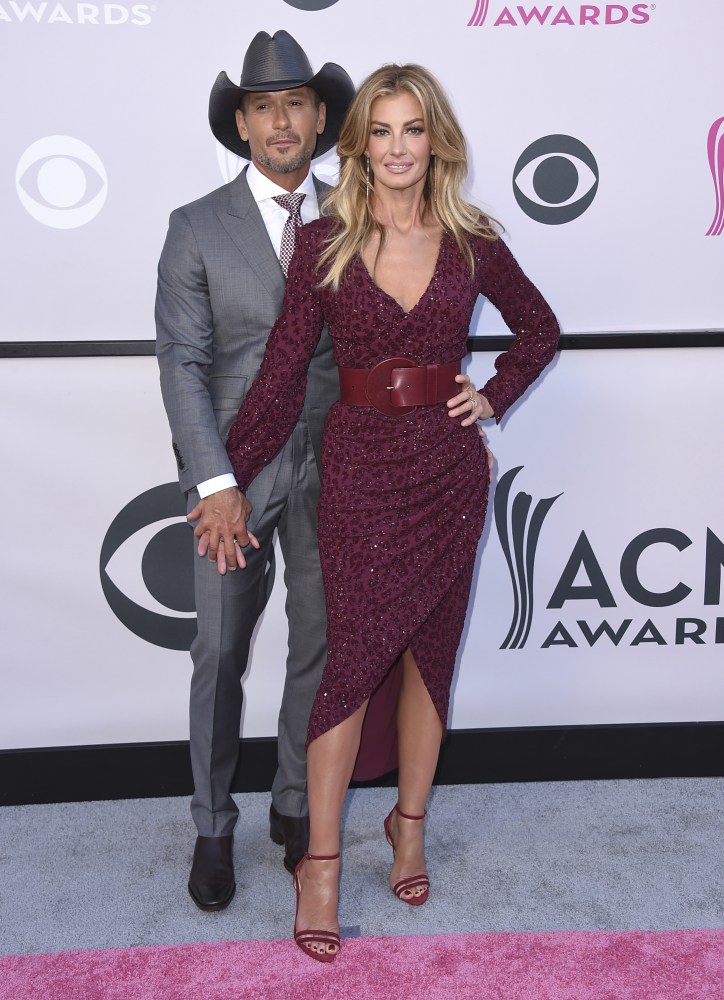 Though Hill and McGraw recently took a picture-perfect vacation to the Bahamas, Star is alleging Hill is "ready to throw in her beach towel" after "years of quietly suffering." A so-called "friend" is quoted as saying, "Faith has put up with a lot being married to Tim, but she chose to stick it out — until now." The gossip magazine alleges Faith "tried to keep it together for the sake of their girls… but with the prospect of an empty nest in a few years, insiders claim she may be realizing that she can't resign herself to a forlorn future alone with Tim after years spent growing apart."

"Faith doesn't want to be married to a man she can't relate to anymore," claims the purported pal, adding, "She's been miserable long enough, and it's just a matter of time before she slaps Tim with a divorce." Among the alleged issues between them are McGraw's "party-boy past," his "petty games," and his supposed reputation as a "ladies' man." On the flipside, Hill herself is deemed a "flirt" who has "given Tim a lot of headaches and cause to worry too." It's further claimed their joint album, which came out last November, "just divided them even more," in part because Hill "can be controlling, demanding and difficult."

Contends the alleged source, "Sooner rather than later, they'll announce a split. He wants to go on tour — without her — and she's going to let him." Nowhere does the outlet acknowledge that Hill and McGraw will be on their "Soul2Soul" tour together through the end of July. And it's pretty rich that the publication is boasting it has the "details behind the demise of Nashville's biggest power couple" considering it has spent years falsely claiming the pair is on the brink of divorce.

What's more is that almost exactly three months ago, Star flip-flopped with a cover story about Hill and McGraw's "amazing love story." The tabloid ironically claimed it had the "truth after 21 years of marriage." Now the magazine has flip-flopped back to its old narrative about a looming breakup. Suffice it to say, the outlet still doesn't know what it's talking about. In fact, one day before this new article came out, Hill shared an Instagram video of herself and McGraw kissing in the snow. In other words, this is another made-up tabloid story that should be dumped.

Sandra Bullock and Bryan Randall are NOT engaged despite report

Is Bradley Cooper worried "A Star Is Born" will be a flop?