Where has the time gone? The '90s was a pivotal time for female singers and musicians. Among the most iconic to debut during the decade? Tori Amos, who scored a major hit in 1992 with her first solo album, "Little Earthquakes," which memorably featured the single "Silent All These Years." In honor of the star's 57th birthday on Aug. 22, 2020, Wonderwall.com is taking a look back at some of the incredible female singers of the '90s to find out what they've been up to since they hit the scene. Keep reading for more…

RELATED: Musicians with the most Grammy wins of all time

Tori Amos kept making music through the '90s and beyond. She earned eight Grammy nominations between 1994 and 2001 for albums including "Under the Pink," "Boys For Pele" and "From The Choirgirl Hotel" and released her 15th studio album, "Native Invader," in 2017. In September 2000, she welcomed her first and only child, daughter Natashya, with sound engineer Mark Hawley, whom she married in 1998. In 2020, she released the book "Resistance: A Songwriter's Story of Hope, Change and Courage."

RELATED: Early 2000s rockers: Where are they now?

Singer-songwriter Jewel released her first album in 1995. "Pieces of You" included catchy singles like "Who Will Save Your Soul," "Foolish Games" and "You Were Meant for Me" and helped her memorable moniker become a household name.

Since her rise to stardom in 1995, Jewel has released 12 more albums, portrayed June Carter Cash in a made-for-TV movie and written a book of poetry as well as a children's book. In 2014, she parted ways with rodeo star Ty Murray after almost six years of marriage. The duo share a son, Kase, whom they welcomed in 2011. She also authored the memoir "Never Broken – Songs Are Only Half the Story" in 2015 and created JewelNeverBroken.com and the "Never Broken Community" with the hope of helping others who are struggling. "My hope is that anyone who is struggling in darkness seeking to know their light might be helped by witnessing what I have gone through," read the website's mission statement. The singer-songwriter took up acting too and starred in the 2017 Hallmark Channel "Fixer Upper" mystery film series. In January 2020, Jewel took to Instagram to announce that she helped produce the forthcoming documentary "A Dog Called Money." "Very proud to have helped produce this important film about mindfulness and the power of being present to solve for anxiety, depression and so many more issues I have a passion for creating tools that help people put mindfulness into motion," she wrote in part. "Not every thought and feeling is a fact. We can curate our thoughts and choose which ones to act on and believe in."

Shania Twain released her debut album in 1993. Her sophomore effort, "The Woman in Me," made the Canadian singer one of the biggest names in country music.

In December 2012, Shania Twain took the stage for the first time in eight years as part of her Las Vegas residency at The Colosseum at Caesars Palace. The Canadian singer also found love again after her first marriage ended in scandal: Shania wed producer Robert "Mutt" Lange — with whom she shares son Eja — in 1993, but they called it quits in 2008 when the singer discovered that he was allegedly having an affair with her best friend and assistant, Marie-Anne Thiébaud. In a crazy twist, Shania moved on with Marie-Anne's ex-husband, Nestlé executive Frédéric Thiébaud, whom she wed on Jan. 1, 2011. Shania released her fifth album, "Now," in 2017. At the 2019 American Music Awards, the icon performed an explosive medley of her hit tracks that included everything from "You're Still the One" and "Any Man of Mine" to "That Don't Impress Me Much" and "Man! I Feel Like a Woman" — the first time she'd hit the AMA stage since 2003. A month later in December 2019, Shania also kicked off her second Las Vegas residency, "Let's Go!" Aside from performing, she's also taken up acting: Shania starred in the film "Trading Paint" alongside John Travolta in 2019 and appeared in the 2020 Jeremy Camp biopic "I Still Believe."

Singer-songwriter Natalie Imbruglia got her start as a model and actress in her native Australia, but she didn't make it big in America until 1997 when her debut single, a cover of Ednaswap's "Torn," hit No. 1.

After finding fame, Natalie Imbruglia made headlines for her romance with a fellow Aussie music star, Silverchair frontman Daniel Johns, and they married in 2003. But by early 2008, it was over. The "Torn" hitmaker continued to release music in the aughts but nothing hit the same way her first album, "Left of the Middle," had. In 2015, she released "Male," a collection of covers of songs originally recorded by male artists — her first album in five years. Big things happened in 2019: Natalie signed with BMG — the record label she was with from 1997 to 2007 — and announced plans to release a new album, though it was postponed to 2021 due to the coronavirus pandemic. The single star also gave birth to her first child, son Max Valentine, at 44 thanks to the help of a sperm donor.

Fiona Apple torpedoed to superstardom in 1996 with debut album "Tidal," which featured her hit single "Criminal."

Though Fiona Apple released her sophomore album three years after the success of "Tidal," she took her time putting out music after that, waiting six years between her next two efforts and eight years before cropping her fifth album, 2020's "Fetch the Bolt Cutters," which was dubbed a masterpiece by many after being released to universal critical acclaim. In May 2020, it even became the highest rated album of all time on Metacritic. Over the years, the private singer-songwriter has been romantically linked to magician David Blaine, director Paul Thomas Anderson and writer Jonathan Ames.

Alanis Morissette released her debut album in 1991. She achieved superstardom just a few years later when her third album, "Jagged Little Pill," shot to No. 1.

On Christmas Day 2010, Alanis Morissette welcomed her first child, son Ever, with husband Mario "Souleye" Treadway, whom she wed in May 2010. The Canadian singer previously romanced "Full House" star Dave Coulier — Uncle Joey is reportedly the inspiration for "You Oughta Know" — and Ryan Reynolds, to whom she was engaged from 2004 to 2007. Her 2008 album, "Flavors of Entanglement," was the result of her grief following their split. Alanis, who's occasionally acted over the years, has also steadily continued to make music — she's released six more albums since her '90s breakthrough including 2020's "Such Pretty Forks in the Road." The mother of three — she and Souleye welcomed more kids — daughter Onyx in 2016 and son Winter in 2019 — was also recently featured on the 2020 Halsey track "Alanis' Interlude." In 2019, her '90s success was brought to life on Broadway in the rock musical "Jagged Little Pill," which featured her tunes and a book by Diablo Cody.

Sarah McLachlan might have released her debut album in 1988, but it wasn't until 1994 that she scored her big breakthrough with the hit single "Possession" off her third album, "Fumbling Towards Ecstasy." She went on to found the Lilith Fair music tour and achieve superstardom with singles "Angel," "Adia," "Sweet Surrender" and "Building a Mystery."

If you've watched TV in the past decade, you're probably well aware that Sarah McLachlan stars in the ASPCA's heartbreaking fundraising advertisements. But that's just a sliver of what she's bene up to. In 2014, the Canadian crooner released "Shine On," her eighth studio album, which was reportedly inspired by the death of her father, and the first on a new label. In 2015, the album won a Juno Award for best adult contemporary album of the year. In 2016, Sarah released her ninth album, "Wonderland," which was also her second holiday album, and in 2017, she was inducted into the Canadian Music Hall of Fame. Sarah has two daughters, India and Taja, with ex-husband Ashwin Sood, who once served as the drummer in her band. The duo parted ways in 2008 after 11 years of marriage.

Lisa Loeb and her trademark cat-eye glasses shot to fame in 1995 with her hit "Stay (I Missed You)."

Lisa Loeb released her seventh studio album, "No Fairy Tale," in 2013. In 2015, she co-wrote and co-produced music for the 2015 family musical "Camp Kappawanna." From 2003 until 2017, she also released a variety of successful children's albums including "Catch the Moon," "Camp Lisa" and "Lullaby Girl." 2020 brought the release of her album "A Simple Trick to Happiness" and the launch of #StayAtHomeTogether, a series of live virtual concerts for viewers to tune into during coronavirus quarantine. After her six-year relationship with Dweezil Zappa came to an end in 2004, the onetime reality TV star moved on with Roey Hershkovitz, a former Conan O'Brien late night show music booker who's now an exec at Universal Music Group. They tied the knot in 2009 and have two kids together: daughter Lyla Rose and son Emet Kuli.

You might remember Brandy best as the titular star of "Moesha." But two years before she scored her breakthrough acting role, the Mississippi native released her debut album, "Brandy." She scored her first big hits in 1998 with "Have You Ever" and "The Boy Is Mine" off her sophomore effort.

Brandy made headlines in 2002 when she welcomed daughter Sy'rai with producer Robert Smith, which spawned an MTV reality show about the birth. But in 2004 following her split from Robert, she admitted that they'd never been legally married and had what she described as a "spiritual union." In late 2012, Brandy made headlines for her love life again when she got engaged to music exec Ryan Press, but that wasn't meant to be either — they called it quits in early 2014. The former "Dancing With the Stars" contestant — she competed on season 11 in 2010, the same year she appeared in "Brandy and Ray J: A Family Business" with her brother — continued to make music and act in the 2010s. She made her Broadway musical debut in 2015 when she starred as Roxie Hart in "Chicago," landed roles on TV series like "The Game" and "Zoe Ever After" and in 2018 joined the cast of "Star." In 2019, the singer-songwriter celebrated the 25th anniversary of her self-titled debut album with the release of a new single, "Freedom Rings." She then released her seventh studio album, "B7," in July 2020.

Shirley Manson has been making music since the '80s, but the Scottish singer didn't score her first big hit until 1995 when she and her band, Garbage, released their eponymous debut album, which featured hit singles "Only Happy When It Rains" and "Stupid Girl."

Garbage is still rocking — and so is Shirley Manson. She made her acting debut in "Terminator: The Sarah Connor Chronicles" in 2008 and that same year reportedly became engaged to record producer Billy Bush, whom she married in 2010. In 2016, Garbage released their sixth album, "Strange Little Birds," which was met with positive reviews from critics. While Shirley's since kept a relatively low profile, she lent her voice to the Canadian animated television series "Top Wing" in 2017 for 26 episodes. 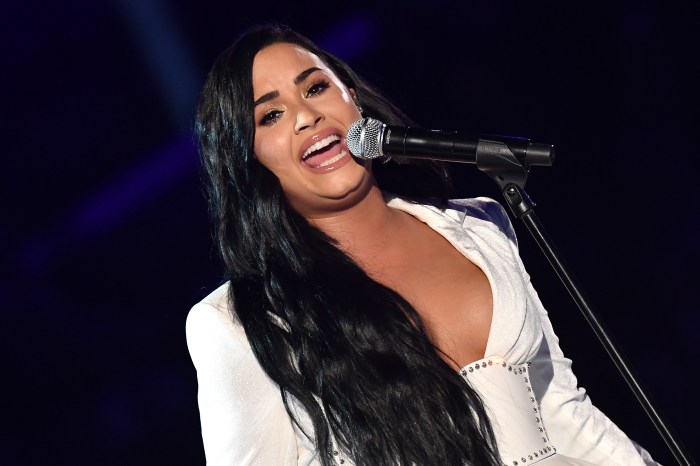 Up Next Love For Ellen

Find out what the actors and actresses from 'Veronica Mars' are up to today!