Fergie's friends do not fear the singer has relapsed on drugs following her bizarre rendition of the National Anthem at the NBA All-Star Game, despite a bogus report. Gossip Cop can exclusively debunk this claim. We're told it's completely untrue. 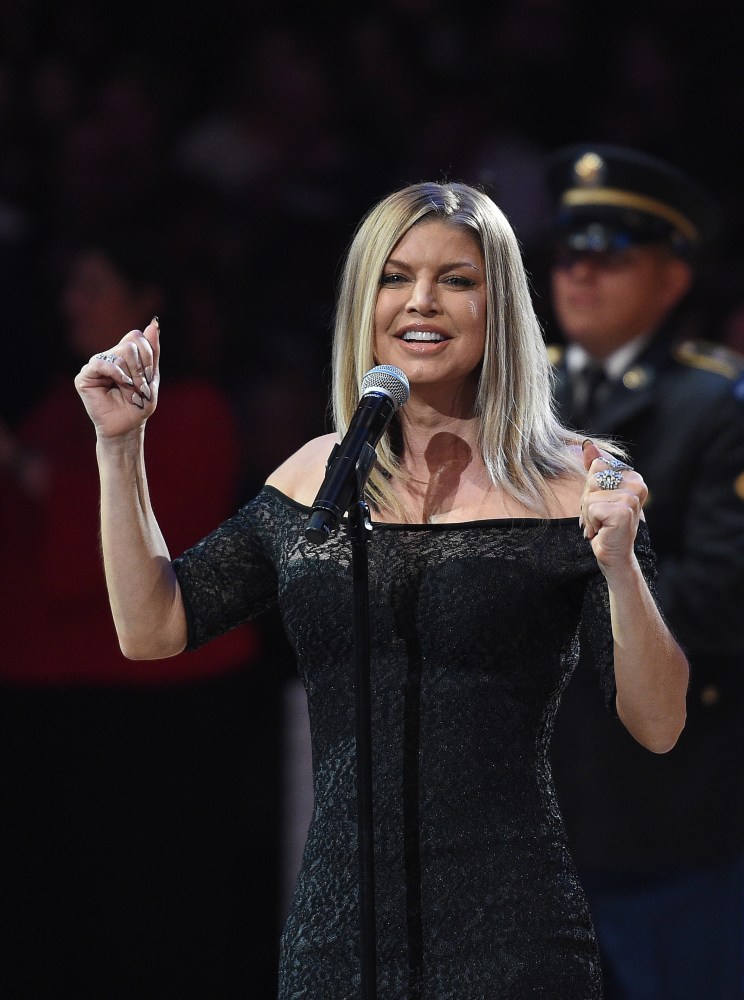 The Black Eyed Peas singer was hit with a ton of criticism following her unusual performance of "The Star-Spangled Banner" at Sunday night's NBA event. Fergie even admitted on Monday that her rendition of the national anthem didn't go as planned.

In a statement to Gossip Cop via her rep, Fergie says she "wanted to try something special for the NBA" by putting her own twist on the national anthem, but failed to deliver. The singer added, "I'm a risk taker artistically, but clearly this rendition didn't strike the intended tone."

Unfortunately, the National Enquirer is now exploiting the situation by arbitrarily connecting it to Fergie's past struggles with substance abuse. An alleged source tells the magazine that members of the singer's inner circle believe she's back on drugs, adding, "Everyone's concerned when you consider her past demons."

The outlet's questionable insider goes on to say that Fergie is also having trouble dealing with her 2017 split from estranged husband Josh Duhamel, which might have prompted a relapse. "Josh won't be there to hold her hand through crises," adds the supposed source. "Besides that, Fergie's often surrounded by some questionable influences, particularly when she's on the road!"

But Gossip Cop checked in with a rep for Fergie, who exclusively assures us that no one close to the singer is concerned that she's back on drugs. As noted above, the singer's offbeat performance was due to her experimenting as an artist, but she acknowledges that it didn't work. Regardless, drugs played no role in Fergie's rendition of the anthem, nor do any of her friends suspect she's relapsed.

Unfortunately, we're not surprised by the Enquirer's inaccurate report. In January, Gossip Cop called out the tabloid's sister publication, Star, for falsely claiming that Fergie and Gwen Stefani had ended their supposed "feud" and would perform a duet together at the Grammy Awards. Of course, neither singer performed at this year's Grammys. Also, they've never been in any sort of "feud." Watch Fergie's rendition of the national anthem below.