George Clooney is not quitting Hollywood to become a stage actor in the London theater scene, despite a bogus tabloid report. Gossip Cop can exclusively debunk this claim. We're told there's no truth to it. 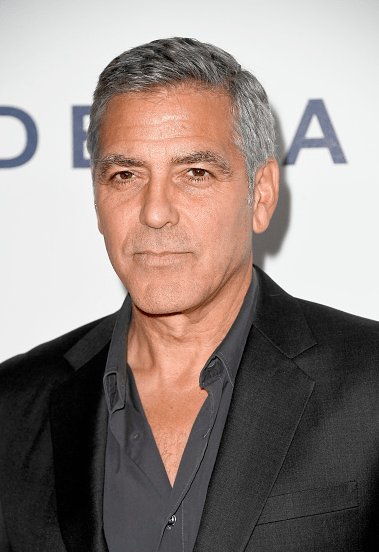 According to an article in the latest issue of Star, Clooney is tired of starring in movies because he "fancies himself a classically trained Shakespearean actor," so he's determined to land a gig at the prestigious National Theatre in London. A so-called "source" tells the magazine, "This has been a dream of his for years, and now he's finally going to do it."

The outlet's questionable insider says the actor still needs to convince his wife Amal to permanently relocate to the U.K., but he believes "their kids will have a better education in England and it will be easier for her to do her humanitarian work." The supposed tipster adds, "He knows he's become box office poison and needs to reinvent himself as a serious actor. He thinks the English stage is the perfect place to do it."

However, most of this is provably untrue. For starters, Clooney just signed on to star in the Hulu limited series "Catch-22," which he also plans to direct. The show, set in Italy during World War II, is expected to begin production in early 2018. Regardless, Gossip Cop is also assured by a source close to the actor that he isn't angling for a role on stage, nor is he trying to convince his wife to live in London year-round.

Here's what's really happening. Clooney and his wife recently saw a play In England, after which they sent a letter and bouquet of flowers to the cast and crew. Star seemingly got inspired to concoct a bogus story about the actor starring in a theater production simply because he attended one.

Also, Clooney's production company, Smokehouse Pictures, has dozens of projects in various stages of development, so it doesn't appear that he'll be quitting Hollywood anytime soon. Star has published plenty of inaccurate stories about Clooney's personal life over the years, so it's not surprising that the tabloid is no more knowledgable when it comes to his career.