Goldie Hawn and Kurt Russell are desperate to save their romance? That's the false claim in one of this week's tabloids, which says the couple of 36 years is "fighting to stay together." Gossip Cop can debunk the phony narrative. 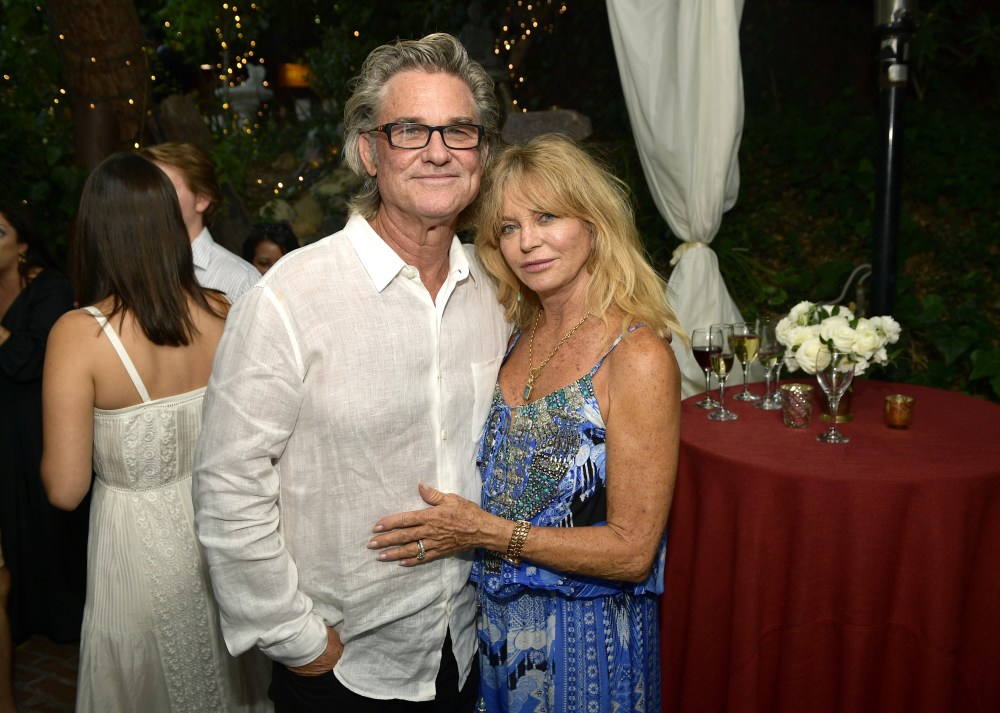 Earlier this month, the longtime partners were spotted on a yacht on the Amalfi Coast, and according to the Globe, the excursion was a "last-ditch, make-or-break vacation" to salvage their relationship. A supposed source tells the outlet, "They've been bickering endlessly for some time and their relationship had become lifeless. They needed this break to prove there was still love and enough fun to keep things going."

The alleged insider adds, "The vacation was all about Goldie and Kurt. Kurt has been making a huge effort to woo Goldie again. He's been holding her hand, paying her compliments and making her feel really special." The questionable tipster adds, "Everything they've been fighting over suddenly seemed petty. They vowed not to let the honeymoon stop when they get back home."

The tabloid's bogus article is inaccurate on several levels. For starters, Hawn and Russell vacationed in Italy with their family. The actress's daughter Kate Hudson and her partner Danny Fujikawa joined the couple on the yacht. If the two truly needed a getaway "all about" them and designed to save their romance, it's unlikely they would have invited family members along.

Regardless, the couple of more than three decades aren't having issues. Here's what's really happening. Last month, Gossip Cop busted the Globe for falsely claiming Russell had "dumped" Hawn. We corrected the story as soon as it emerged, and it became very evident this month that they're still together. Instead of acknowledging it got the story wrong, the magazine is backpedaling by claiming the couple traveled to Italy to "save" their relationship.

It should be noted, Hawn also posted a sweet message to Russell on Instagram in honor of Father's Day this month. Along with a photo of the two, the actress wrote, "Here's to you baby!!! Best Daddy ever!!" The longtime couple simply hasn't been going through a rough patch.

Unfortunately, Gossip Cop has been debunking this narrative for a while now. Back in 2017, the Globe's sister publication, the National Enquirer, published a cover story alleging Hawn and Russell had "split" and their fortune was at stake. Last November, we called out Star for wrongly reporting that Hawn and Russell were "living separate lives." Despite how many times the tabloids attempt to break up the happy couple, it's just not a reality.

Jennifer Aniston Having Courteney Cox Find Her Men To Date?

Will Smith Cheated On Jada Pinkett With Margot Robbie?