A new tabloid report claiming Halle Berry wants to date Chadwick Boseman is completely untrue. Gossip Cop can exclusively debunk this story. A rep for the actress tells us it's made-up. 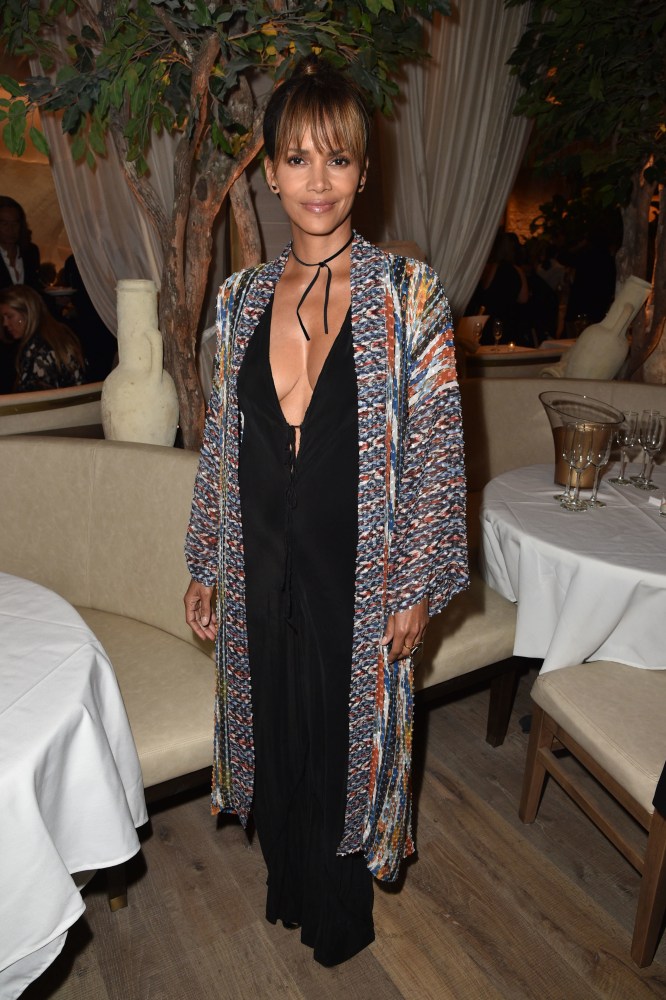 "Halle Crushing On Chadwick" reads a headline in the latest issue of Star. The accompanying article claims the actress recently had her team reach out to the Black Panther star to set up a dinner between them. The unreliable outlet further states that Boseman is very excited about the prospect of going out with Berry.

"Halle is Chadwick's dream girl," a so-called "source" tells the magazine. "He can't believe she's interested in him." This entire article is based on information from an anonymous and untraceable "insider," but Berry's spokesperson tells Gossip Cop on the record there's no truth to it. We're told the actress isn't pursuing Boseman, nor did she have anyone in her camp reach out to him.

It's possible this bogus story was concocted because Berry gave Black Panther a shoutout at the GLAAD Media Awards earlier this year. "Each story builds on the next," the actress said while presenting an award. "It's like that old saying goes: behind every Black Panther is a great black Catwoman," Berry added in reference to her own superhero movie.

It's worth noting, Boseman is rumored to be dating singer Taylor Simone Ledward. Although the two haven't confirmed their relationship, the actor brought her as his date to the Oscars in March. The pair were also spotted sitting courtside at an NBA All-Star game in February. Regardless of what Boseman's relationship status may be, Berry hasn't asked him out.

Additionally, Star has proven in the past to know very little about the actress's personal life. The magazine wrongly reported in 2016 that Berry and Olivier Martinez were calling off their divorce and getting back together. Obviously, that didn't happen. The tabloid's sister outlet, OK!, falsely claimed last year that the actress was trying to win back ex-boyfriend Alex Da Kid. There was no truth to that narrative either.

Berry's dating life and her supposed suitors has been an ongoing topic among the tabloids. She was recently linked to Brad Pitt and Channing Tatum, neither of whom she dated. Just this week, another publication falsely claimed that Berry is dating John Wick: Chapter 3 co-star Keanu Reeves. It's clear that the gossip media has little insight into the actress's love life. This latest article about her nonexistent pursuit of Boseman is another example.

Kim Kardashian did NOT meet with Donal Trump because she's preparing to be First Lady, despite report