Is Ryan Seacrest's new "romance" upsetting Kelly Ripa? That's the premise behind a magazine report that asserts his "Live" co-host, as well as his mom, Connie, don't approve of his relationship with "America's Next Top Model" contestant Larissa Schot. Gossip Cop looked into the claim, and we can debunk this inaccurate story. 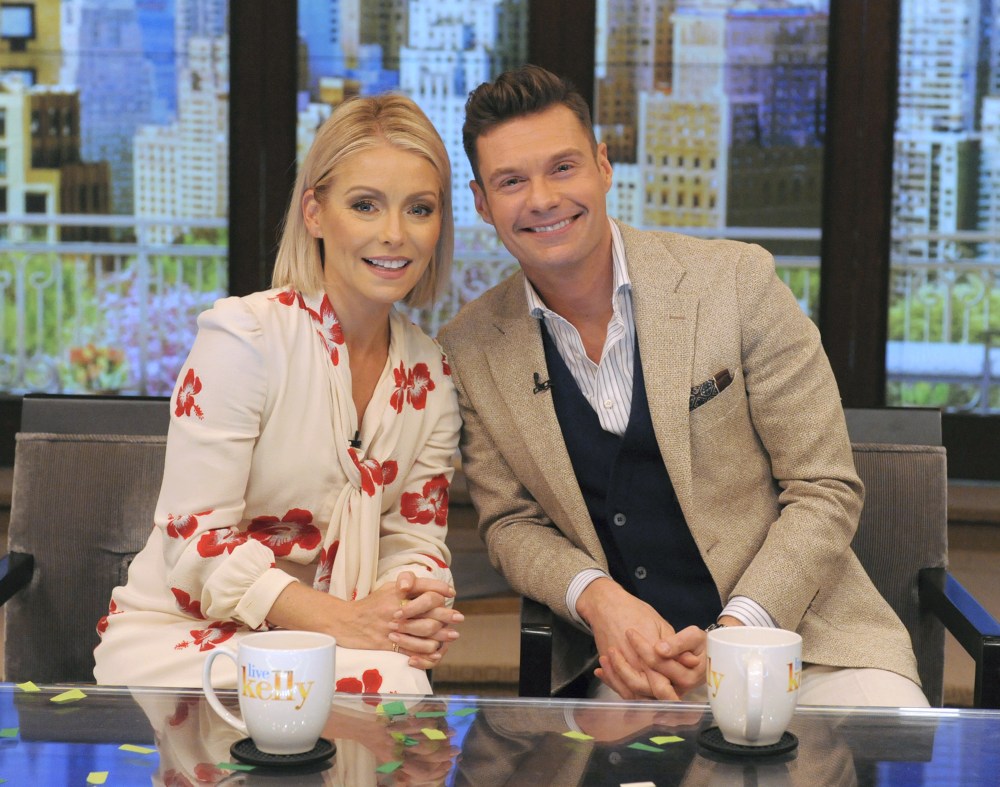 According to Life & Style, four months after the 44-year-old TV personality split from Shayna Taylor, Seacrest has "already moved on" to 24-year-old Schot. The outlet notes that after he was photographed kissing Schot in the South of France in late June, Seacrest's mom, Connie, and Ripa made it known to him how they "don't approve at all" of his "romance" with the model. A so-called "source" is quoted as saying, "They both think it's time he settled down… with someone his own age!" "Nobody knows if this is just a rebound or if Ryan's experiencing an actual midlife crisis," adds the supposed tipster.

While Seacrest was indeed spotted making out with the young model in the French Riviera, the tabloid appears to be overselling the seriousness of his "romance." And it's most assuredly sensationalizing the reaction to it by his mother and Ripa. Gossip Cop reached out to a Seacrest insider, who was not authorized to speak on the record, and we're told he and Schot are "not in a relationship, so there is nothing to approve or not approve."

Gossip Cop is not entirely surprised by the falsity of the article, considering how many times we've busted that outlet for it's unfounded tales about Seacrest. For instance, the same tabloid swore up and down a few months ago that Seacrest was bailing on Ripa and "Live," and moving back to the West Coast. Her camp told Gossip Cop it was "not true," and of course Seacrest is still living in New York and working on the morning show.

Additionally, the publication has been proven wrong in the past when purporting to know what Ripa thinks about Seacrest. Last year, the outlet insisted Ripa was replacing Seacrest with Jerry O'Connell as her "Live co-host. At the time, Ripa's team shot down the claim, and obviously a year later there's been no switch in personnel or even talk of it.

Gossip Cop also exposed the tabloid when it ran a cover story nearly two years ago to the date that untruthfully maintained Ripa and Seacrest were in a feud after it was announced he would host "American Idol" again. In that made-up piece, it was contended he was thinking about "leaving the show." Obviously, that was untrue. It bears mentioning as well that when the report came out, spokespersons for both Ripa and "Live" said the article was a fabrication.

And lastly, a couple of months after that bogus tale, the same magazine published yet another cover story which wrongly alleged Kim Kardashian was replacing Ripa as the host of "Live," thanks to Seacrest who produces "Keeping Up With the Kardashians." Gossip Cop pointed out then how the article was incorrect, and once again our sources and time have proven us right. What's actually upsetting is how often Life & Style publishes reports about Seacrest and Ripa that are indisputably false.

Leonardo DiCaprio Told 'Once Upon A Time In Hollywood' Crew To Avoid Eye Contact With Him?

Are Kate Middleton And Meghan Markle "Mothers At War"?