A tabloid claims Jamie Foxx has been ignoring Katie Holmes ever since she supposedly gave him a "baby ultimatum." Nothing about the story is true. Gossip Cop can debunk it. 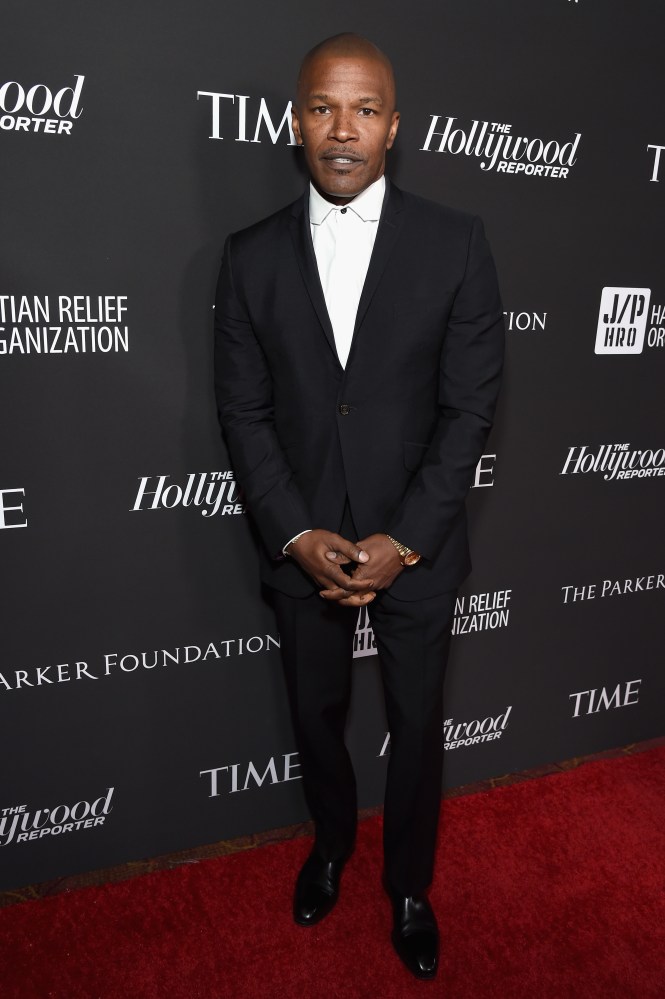 "Holmes Alone In NYC!" reads a headline in the latest issue of the National Enquirer, which includes a photo of the actress riding the subway solo in New York and another image of the actor playing volleyball in Los Angeles. The accompanying article says Holmes has been miserable on the east coast while the actor has been "living it up" in California.

"Katie told Jamie she wanted to have a baby with him, but she may have pushed too hard because he's been giving her the brush-off," a supposed source tells the outlet. "She's been aching to give her daughter Suri a brother or a sister and now it looks like her dream is fading."

The alleged insider further contends that Foxx is intent on living in Los Angeles, which is one of the reasons he refuses to have a child with Holmes, whose home base is in New York. "Lately, Katie's been looking so sad," adds the seemingly nonexistent tipster. "Her love life is in shambles, and even Suri is too busy for her since she turned 13."

The tabloid's article is a work of fiction. Earlier this month, Gossip Cop busted the Enquirer for falsely claiming Holmes was demanding that Foxx get her pregnant by the end of the year or she'd dump him. The magazine's story was based on claims from an anonymous "source," but the actress's own spokesperson dismissed it as nonsense. This latest article is just a continuation of the phony premise. A rep qualified to speak on Holmes' behalf once again confirms there's no truth to the narrative.

As Gossip Cop has stressed countless times, Holmes and Foxx have a somewhat unconventional relationship and aren't together all the time. People magazine and E! News, outlets more reputable than the Enquirer, have both similarly reported that the two stars spend time together when their schedules allow it, but also have their own separate lives.

Additionally, the unreliable publication has already proven to have little insight into the couple's romance. Back in January, Gossip Cop called out the magazine for wrongly reporting that Holmes and Foxx were planning a wedding after the actress's parents gave the actor their blessing to marry her. Just two months prior, the tabloid had made up a different story about Holmes and Foxx getting married in Paris. These various storylines are contradictory and never pan out.