Are Jenna Dewan and her boyfriend Steve Kazee ready to get married? That's the claim in one of this week's tabloids. Gossip Cop, however, can exclusively correct this inaccurate report. 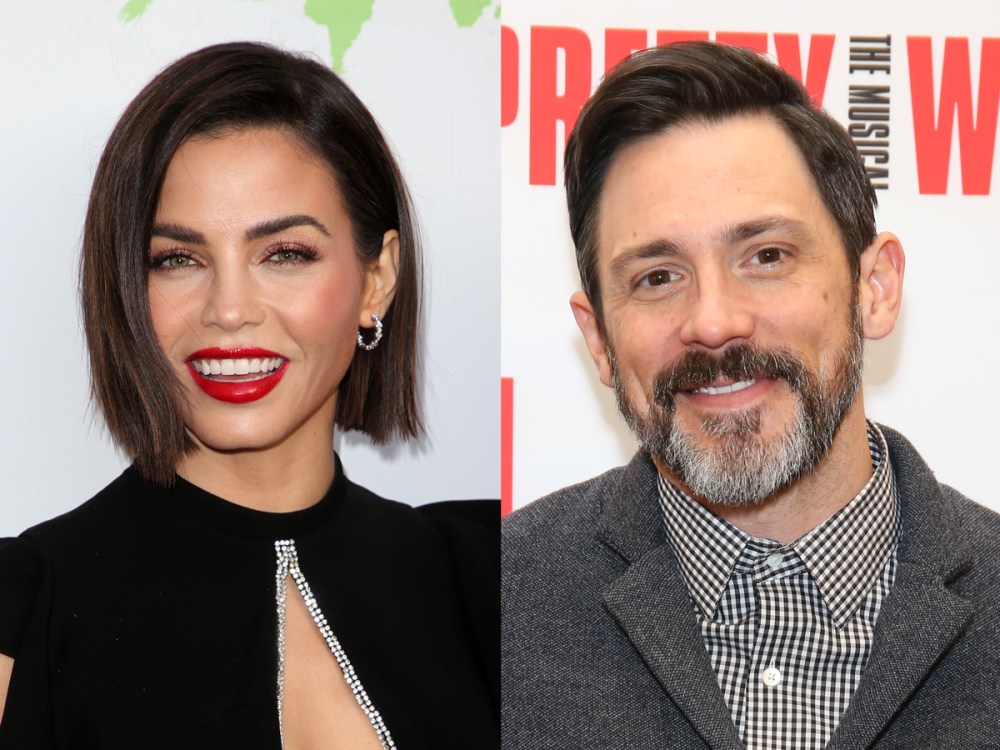 According to In Touch, Kazee wants to wed the actress and start a family with her. To make it appear as if it has insight, the magazine alleges a "friend of Jenna's" told the publication, "They definitely have moved into the serious stage of their relationship," and there's already wedding talk. The same supposed source adds, "He wants to marry her and have kids. I'd say that's pretty serious."

While it's true Dewan and Kazee, who won Tony and a Grammy awards for his performance on Broadway in Once, are in a committed relationship, they aren't quite ready to walk down the aisle. It also bears mentioning that it's rather odd the magazine claims its information came from a "friend of Jenna's," and yet the anonymous and possibly fabricated tipster knows what's going on in Kazee's mind. Regardless of that typical tabloid flub, Gossip Cop checked in with Dewan's rep who exclusively shot down the story by telling us, "Does an eye roll count as a comment?"

It's interesting that In Touch is now reporting the actress-dancer is prepared to get married when just a few months ago it (wrongly) maintained Dewan was having a "tough time" moving on from Channing Tatum. When that article was published, the outlet had another one of its nameless and untraceable sources assert Dewan "hates dating." In reality, Dewan was already dating Kazee.

And a little more than a week before that untrue tale, the tabloid's sister publication, Star, insisted Dewan and Tatum's divorce was off and they were getting back together. In that story, once again the outlet contended it had an insider who said Tatum and Dewan were "holding on to their future and see each other in it." But there was nothing to see, Dewan's rep said after again rolling his eyes.

It appears the magazine concocted its article right after Valentine's Day when Kazee posted on Instagram a photo of Dewan, along with a sweet message that read, in part, "Jenna I don't know what I did to deserve your love but I will always be so thankful that our lives found their way to each other." Again, as opposed to outlet's unidentifiable sources, who there's no proof even exist, Dewan's rep went on the record to correct the aforementioned stories, as well as the current one about her and Kazee being on the verge of getting married.

Justin Bieber NOT On 'Suicide Watch,' Despite Report