Is Jennifer Aniston secretly creating a "Friends" reboot centering around the grown-up kids of the original characters? That's the claim in one of this week's tabloids. Gossip Cop looked into the situation and we can exclusively set the record straight. 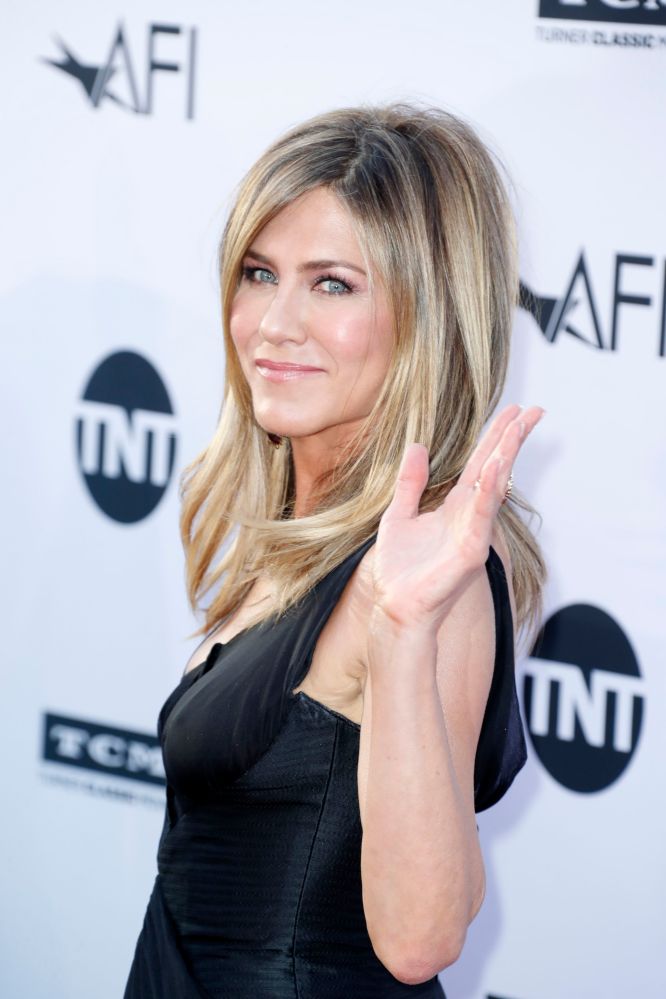 According to Star, the actress is working on "Friends 2.0," a spinoff of the NBC series that will introduce a new generation to the classic sitcom. The outlet says Aniston has recruited co-stars Courteney Cox and Lisa Kudrow to help her develop the supposed project, which would potentially be led by "Riverdale" star Cole Sprouse, who played the son of David Schwimmer's character on the original series.

Additional characters said to be featured on the show include "Ross and Rachel's daughter," as well as "Monica and Chandler's twins." An alleged insider tells the magazine, "Jen wants to make a reboot work with a Millennial angle, and has reached out to some of the original writers." The supposed source adds, "It's hush-hush at the moment, but the whispers are getting louder."

In fact, it's so "hush-hush" that not even Aniston knows about it. Gossip Cop reach out to the actress's rep, who tells us the tabloid's story is "nonsense." The article is based on claims from an anonymous and untraceable "source," but Aniston's spokesperson says on the record that it's fabricated.

It should be noted, the tabloids have been claiming for years that there would be a "Friends" reunion series starring the original cast, despite just about every cast member rejecting the idea. Now that it's become clear the original stars aren't returning for a revival, Star has come up with an angle about a reboot starring a younger cast. This supposed project is equally nonexistent.

As for similar narratives that have cropped up in the past, Gossip Cop busted In Touch in June for falsely claiming that Lisa Kudrow was starring on her own "Friends" spinoff. That same month, we debunked an NW story about Aniston trying to convince her former co-stars to do a reunion show. The unreliable magazine concocted a follow-up story earlier this month about Cox and Kudrow rejecting Aniston's wish for a "Friends" reunion.

Basically, the gossip media has spent a lot of time creating imaginary projects related to the NBC show. Should there be any sort of "Friends" reboot, reunion or spinoff in the future, and it doesn't seem likely, a tabloid won't be the one to announce the news.