Jennifer Aniston did not split with Justin Theroux over another woman, contrary to a report. Gossip Cop can exclusively bust the story, which is actually filled with already debunked claims from 2012 and 2016. A rep for Theroux tells us the allegations are still "false." 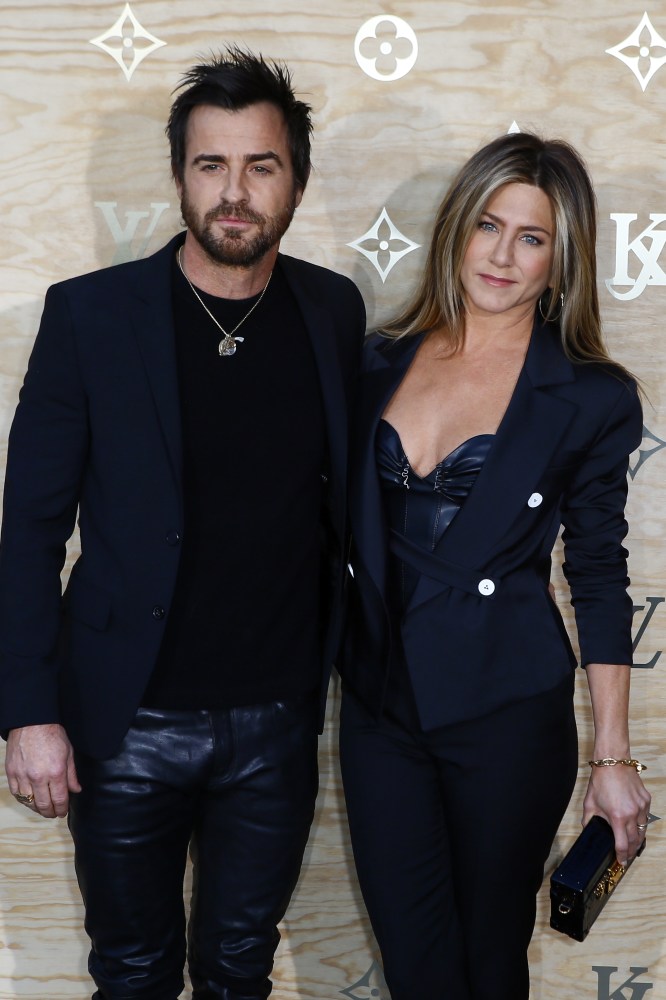 In 2012, the National Enquirer peddled a made-up story about Aniston calling Theroux a "cheater" after learning he was allegedly "still carrying on" with his ex-girlfriend, Heidi Bivens. It was claimed he was caught "calling, texting and e-mailing Heidi without Jen's knowledge," and that Aniston viewed that purported communication as "cheating." An Aniston source, however, told Gossip Cop that she had no issue with Bivens and the tale was nothing more than a fabrication.

Then in 2016, the outlet published a cover story wrongly announcing a "$170 million divorce" for Aniston and Theroux "after only eight months of marriage." The supermarket tabloid again manufactured a "cheating scandal" in which the actress supposedly "caught" her husband keeping in touch with his "other woman," Bivens. Reps for both Aniston and Theroux confirmed to Gossip Cop exclusively that the cheating and divorce claims were untrue. Time proved our reporting to be correct.

But now that Aniston and Theroux are splitting up nearly two years after that phony narrative, the gossip magazine is regurgitating its old, erroneous contentions to make it seem like it has insight on the recent breakup. "Jennifer Aniston's Heartbreak Over Justin's 'Other Woman,'" reads the headline of the outlet's online article in which it's alleged the couple's relationship fell apart following a "brutal brawl over charges of cheating." The publication recycles its bogus 2012 claims about Theroux "carrying on" with Bivens and how Aniston was supposedly upset when she found out they were "secretly staying in touch." The quotes are copied word-for-word from roughly six years ago.

Then the outlet moves on to its 2016 article, again reprinting the same exact quotes from back then as if they explain Theroux and Aniston's split now in 2018. But because the tabloid doesn't actually have any current insight about the breakup, it merely maintains that "more charges of cheating were reportedly made" during a fight that supposedly took place this past December. Tellingly, the magazine has no details to support such a contention. All that exists are years-old claims that were credibly shot down at the time they originally came out.

Simply because Aniston and Theroux are separating now doesn't mean the "cheating" accusations were true in 2012 and 2016. And concocting a divorce claim two years ago doesn't make the publication right now. In fact, a rep for the actor adamantly tells Gossip Cop now that this mix of claims is "absolutely false." Bivens had nothing to do with their relationship years ago and she has nothing to do with Aniston and Theroux's current split.

Is Kylie Jenner flying to Switzerland for liposuction to lose baby weight?

Katherine Heigl NOT signing "Non-Diva Agreement" for 'Suits' despite report