One of this week's tabloids claims a romance is developing between Jennifer Aniston and Leonardo DiCaprio. The story is completely untrue. Gossip Cop can exclusively debunk it. 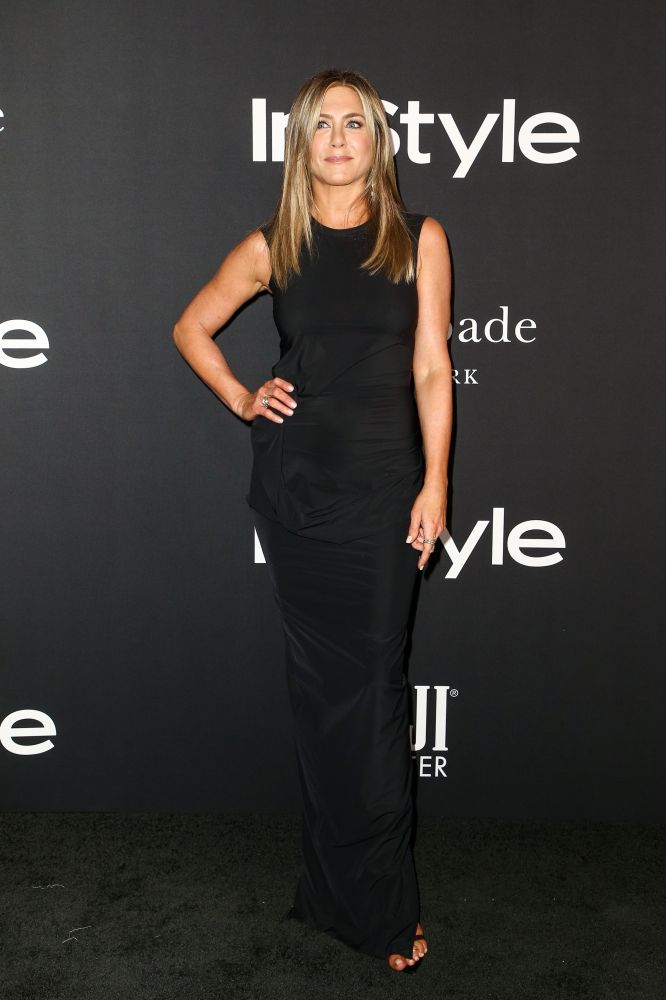 Aniston attended that actor's 44th birthday party in Los Angeles last week, which has inspired Woman's Day Australia to published an article with the headline, "Jen & Leo's Steamy Birthday Hook-Up." An alleged insider tells the magazine, "No one even knew they were friends. But he was so happy to see her, giving her a big hug and kiss when she arrived, and he was completely transfixed on her all night."

The supposed source says the two were "trying to keep things platonic at the party, but after they both had a few drinks they became inseparable and shared a few sneaky kisses. It was very sweet." The questionable tipster further contends that Brad Pitt is the one who set them up, saying, "Brad's gotten close to Leo since they worked together on Once Upon A Time In Hollywood. He introduced them, knowing they'd hit it off."

The seemingly nonexistent insider continues, "Brad still cares about Jen a lot – seeing her happy with his good friend would bring him nothing but happiness." As for Aniston, she's supposedly "had a crush on Leo for years," says the suspicious source. "If they dated, they'd be Hollywood's new supercouple for sure."

Here's what's true about the magazine's story: Aniston attended DiCaprio's birthday celebration last week. Here's what's not true: everything else. Despite what the tabloid's anonymous and untraceable "insider" says, Gossip Cop checked in with the actress's rep, who tells us on the record that the report is "false." There's no romance developing between Aniston and DiCaprio, and Pitt didn't play matchmaker for the two.

Around 500 guests attended DiCaprio's star-studded birthday party last week, including dozens of celebrities. In addition to Aniston, some of the other A-listers in attendance included Jay-Z, Beyonce, Gwyneth Paltrow, Larry David, Sacha Baron Cohen, Robert De Niro, Al Pacino and Alex Rodriguez. This wasn't some intimate get-together. Woman's Day Australia decided to arbitrarily link DiCaprio and Aniston because she happened to have been at his party.

It's worth noting, the tabloid can't keep track of its phony narratives. In July, Gossip Cop busted the outlet for falsely claiming that Aniston and Pitt were secretly married again. This latest bogus story says Pitt is the one who set up Aniston and DiCaprio. It's clear the unreliable magazine comes up with fictional storylines on a whim.