Did Jennifer Aniston and Reese Witherspoon really get into a fight on the set of their upcoming TV series? That's the claim in one of this week's tabloids, which doesn't seem to know the difference between television and real life. Gossip Cop can clear up the situation. 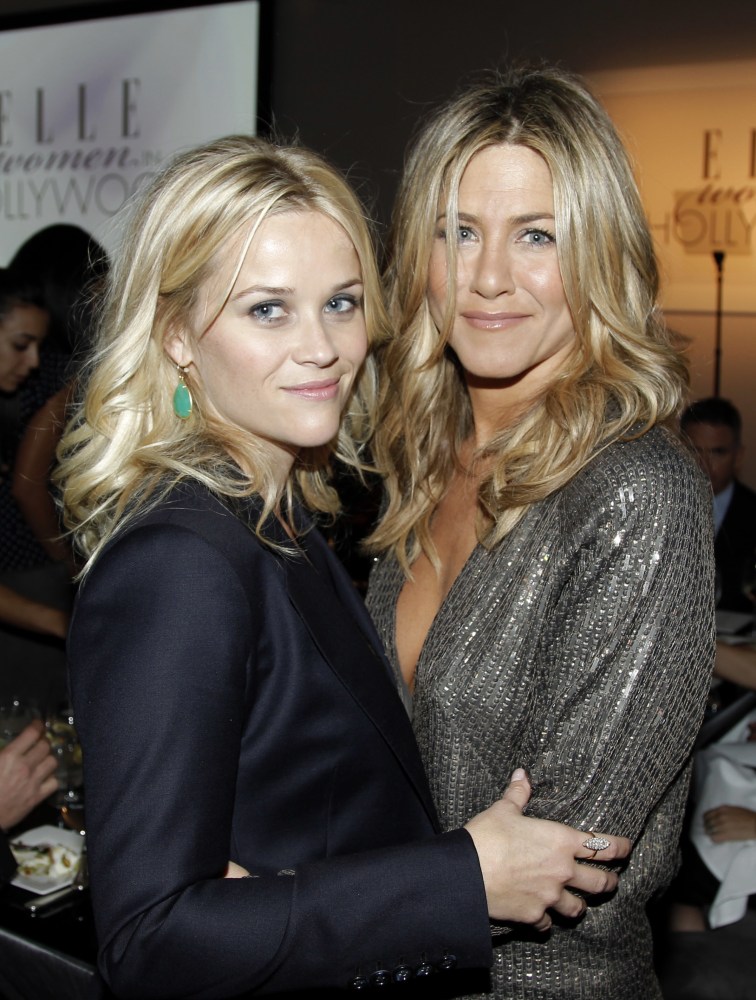 Last week, the co-stars were photographed getting into an argument while shooting scenes in New York City for their Apple series "The Morning Show." New Idea is trying to make it seem as if the two actresses actually got into a battle on set. According to the unreliable outlet, Aniston and Witherspoon "had a heated blowup" while working on their show. The publication then speculates that the "pressures of filming" have been "putting a strain" on their friendship.

In reality, Aniston and Witherspoon were shooting a scene in which their characters get into an altercation. In fact, set photos show Aniston and Witherspoon laughing in between takes. The tabloid is trying to skew the situation to make it seem as if the two actresses got into some sort of dispute while the cameras weren't rolling. The claim is both baseless and provably untrue thanks to behind-the-scenes photos. Still, Gossip Cop also checked in with sources involved in the production of "The Morning Show," who confirm that the co-stars are close friends and are having a great time working together.

Unfortunately, this isn't the first time that New Idea has attempted to create a fake feud between Witherspoon and one of her co-stars. Earlier this year, Gossip Cop called out the magazine for falsely claiming the actress got into a "showdown" with Nicole Kidman at a press conference for "Big Little Lies." No such incident occurred and the actress is close pals with Kidman as well.

This also wouldn't be the first time we've had to correct wrong rumors about Aniston and Witherspoon feuding on the set of "The Morning Show." Back in March, Gossip Cop busted Life & Style for falsely claiming Aniston was annoyed about her co-star supposedly bossing her around during production. Aniston's own spokesperson assured us on the record that the premise was nonsense.

It's worth noting, Witherspoon appeared on "The Ellen DeGeneres Show" on Monday and got into a fake fight with the host over who's better friends with Aniston. Let's hope New Idea doesn't catch wind of the segment, or it might try to create a real feud between Witherspoon and DeGeneres.