Jennifer Lawrence's engagement to Cooke Maroney is not "in crisis," despite a made-up report. Gossip Cop can debunk the bogus story. There's simply no truth to it. 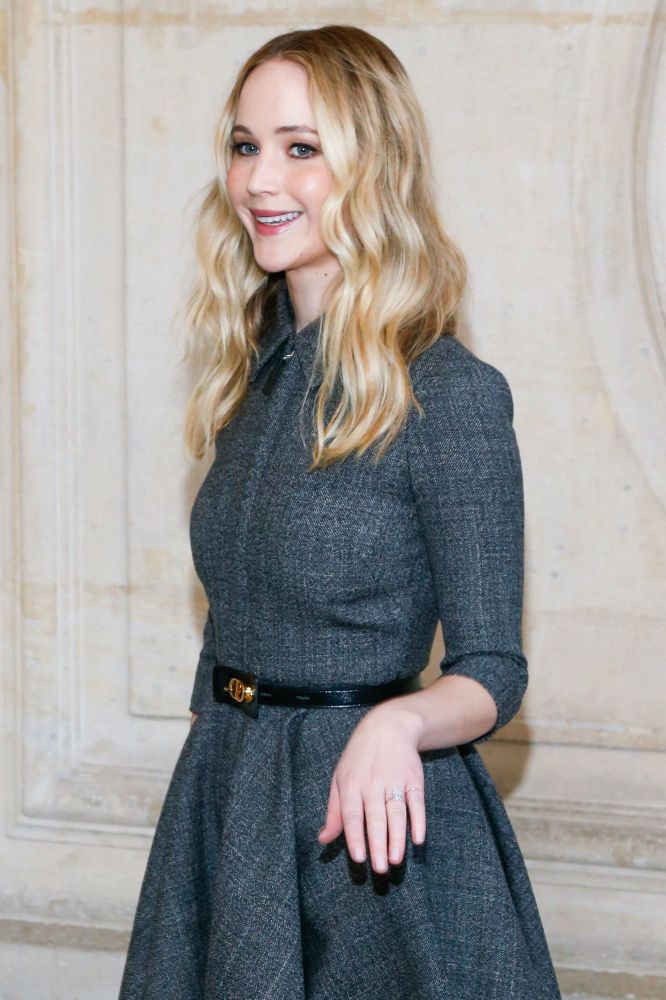 According to NW, the actress was "on the verge of tears" following a dinner date with her fiancé at The Bowery Hotel in New York City on March 13. However, the Daily Mail published photos from Lawrence's date night, and she certainly doesn't appear to be on the verge of crying. In fact, the website noted that the actress and the art gallery director "appeared relaxed as they headed back to their place following a low-key night out."

Still, the tabloid quotes an alleged source as saying, "They're not even married yet, and people are convinced that this could be a sign that it's all over. Jen has totally uprooted her life for Cooke and now spends almost all of her time in New York, [since] that's where his gallery is." The supposed source further contends that Lawrence has "done a lot of compromising in this relationship," which has led to tension between the two. This is also inaccurate. Lawrence already lived in New York prior to meeting Maroney.

The questionable tipster goes on to say that friends of the couple believe their relationship has moved too quickly, and it's starting to dawn on the pair "that they have their differences and aren't always going to agree on everything." The seemingly phony source adds, "That's been difficult. They have to get used to the reality of what being together forever is actually going to look like."

None of this is true. On Monday, Lawrence and Maroney were spotted looking very happy while taking a stroll in New York. The actress had a big smile on her face while holding on to her fiancé's arm. And in addition to the tabloid's story being riddled with inaccuracies, a source close to the situation also tells Gossip Cop that it's nonsense.

Additionally, NW has already proven to have little insight into the actress's personal life. Last year, Gossip Cop busted the publication for falsely claiming Lawrence wanted to date David O. Russell, who directed her in the movies Silver Linings Playbook, American Hustle and Joy. In reality, the two are just close friends. We also called out the magazine last year for falsely claiming Lawrence was dating Red Sparrow co-star Joel Edgerton. Now that the tabloid is done creating fake romances for the actress, it's pretending to know details about her real relationship.