Exactly one year ago today, Gossip Cop busted a tabloid for falsely claiming Jennifer Lopez was considering dumping Alex Rodriguez for supposedly staying in touch with his ex-fling, fitness model Lauren Hunter. The story was completely untrue. The passage of time has made that even more clear. 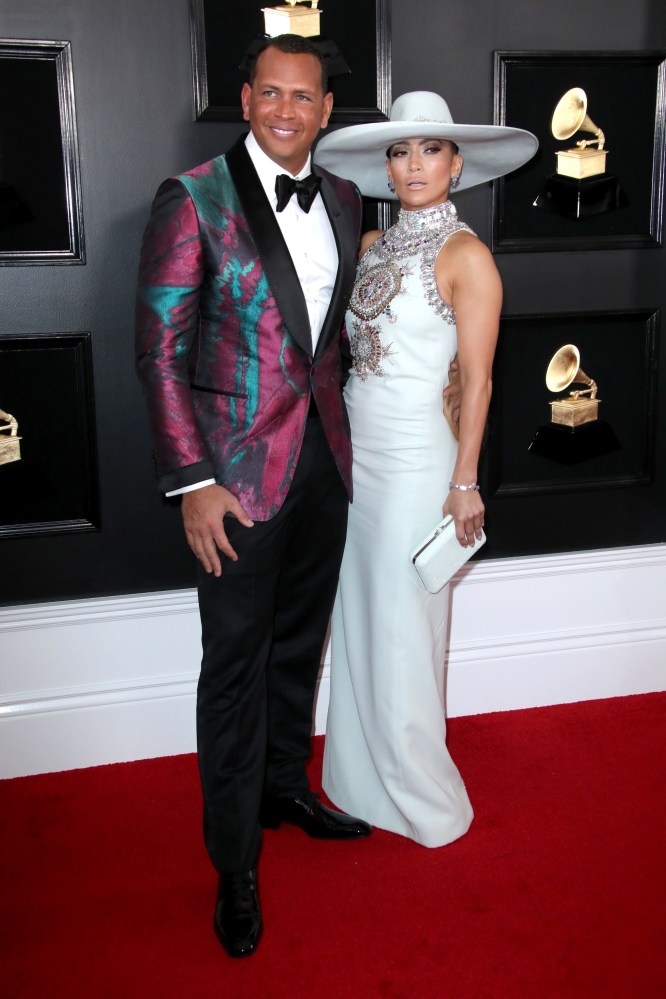 On February 12, 2018, In Touch reported Lopez was "questioning her future" with Rodriguez after allegedly discovering that he was still texting Hunter, who he briefly dated several years ago. The outlet maintained the singer and the former MLB player were planning to get engaged, but their relationship was in jeopardy because he was talking to Hunter behind his girlfriend's back, which counted as "cheating" in her book.

As you may recall, Hunter is the woman who told the National Enquirer in 2017 that Rodriguez was cheating on Lopez with her. The former Yankee denied the claims, and a Lopez confidante also assured us the singer didn't believe the allegations. Another source, speaking on the condition of anonymity, told Gossip Cop the model had demanded money from Rodriguez prior to telling the tabloid they had an affair. Our trusted insider further noted Lopez and Rodriguez were "not affected at all" by the phony controversy.

A full 365 days have passed since the tabloid claimed the couple was headed for a split over Hunter, and they're still very much together. On Sunday night, Lopez and Rodriguez attended the 2019 Grammy Awards together. Rodriguez shared many Instagram photos and videos from the event, including one in which he plants a kiss on his girlfriend following her performance at the awards show. That's just one example of their strong bond, and it happened this past Sunday. And one could look at either star's Instagram feeds for proof that their relationship has gotten increasingly more serious over the past year.

Unfortunately, In Touch didn't get any better at accurately reporting about the couple following its report about Lopez "questioning her future" with Rodriguez Last August, once it became evident they were still going strong, the magazine said Lopez and Rodriguez were getting married and having a baby. At the time, the outlet contended they were planning a $10 million wedding in Italy, after which they'd start a family. That narrative was no more accurate than the breakup rumors. Lopez and Rodriguez are still happily dating, but they've yet to get engaged.

Gossip Cop looks back at stories from a year ago to show how tabloid stories rarely hold up well. Last year's report about Lopez dumping Rodriguez over nonexistent texts is another example.