Jimmy Fallon does not fear he'll lose his job as the host of the "Tonight Show," despite a new report. Gossip Cop can exclusively correct this untrue claim. Much of what is alleged is factually inaccurate. 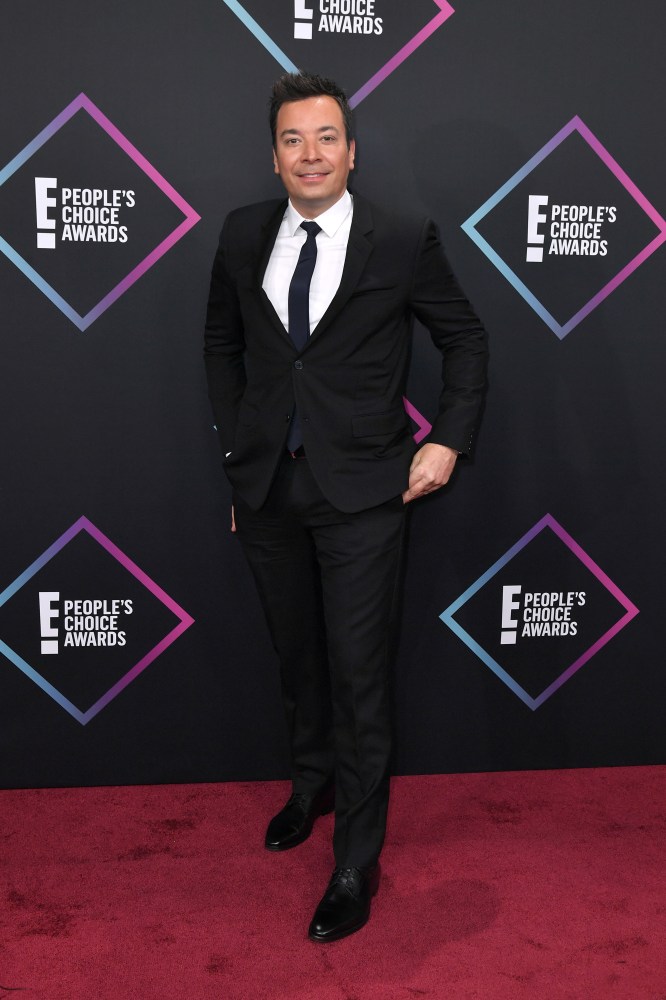 According to RadarOnline, Fallon's "Tonight Show" has been getting "hammered in the ratings," and now the talk show host is afraid he's going to get fired. A so-called "insider" is quoted as saying TV rival Stephen Colbert "killed it in ratings," and now Fallon is feeling the "pressure," which might "throw him over the edge." The outlet then contends Fallon "is said to be falling into a deep depression over his shaky job status." Naturally, the blog doesn't mention who supposedly "said" that.

The site's same unnamed, untraceable, and possibly even manufactured "source" adds how "Jimmy's in a deep funk" because of Colbert's numbers. The anonymous tipster also maintains Fallon is under "pressure" from his "bosses" who want him to "get back on top." But the comedic host is "finding it tough," concludes the questionable insider.

It bears mentioning that, despite claiming Fallon's feeling heat from his "bosses, an NBC spokesperson notes the network is more than "pleased" with him. Additionally, Fallon's personal rep tells Gossip Cop the outlet's story about him being afraid he'll lose his "Tonight Show" hosting job is "fabricated" and "100 percent false." And while RadarOnline hides behind an unidentifiable "source," while reps for both the show and Fallon himself went on the record, what's most significant is that the numbers don't lie.

For the most recent week's late-night ratings, according to the industry site, TV By The Numbers, Fallon's show bested Colbert and "Jimmy Kimmel Live" in the key demographic of adults 18-49, with a 5 percent increase week-to-week. So even though it's true "The Late Show" has done well, it's still wrong that Fallon is fretting about the future of his job. Also noteworthy is that Fallon has put tremendous effort into making his program the number one digital late-night show, having recently surpassed 20 million YouTube subscribers.

Gossip Cop is not entirely surprised by the falsity of the report. Last year we busted the same site when it misleadingly took a simple photo of Fallon drinking a beer at a baseball game to allege he has an alcohol problem. While the outlet claimed he was "boozed up," and it had "wild photos" of Fallon, the reality is no other media organization even hinted that he was drunk when the Yankees played the Marlin in April 2018. Fortunately for the staffers at that blog, it seems no one has to fear they'll lose their job for publishing inaccurate stories.

Angelina Jolie NOT At Risk For Bone Disease Because Of How She Eats, Despite Report