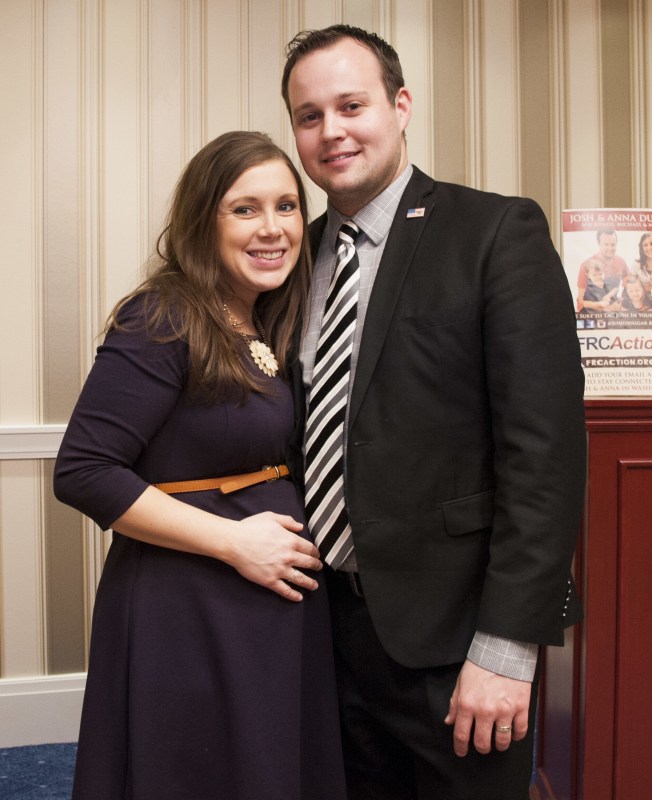 Josh and Anna Duggar are going to be parents for the fifth time. The couple announced on Friday that Anna is pregnant with a baby boy.

On the family's website, Josh and Anna wrote, "For nearly the last two years, we have quietly worked to save our marriage, focus on our children, and rebuild our lives together as a family. Doing so is never easy after a breach of trust. We've learned that a life of faith and rebuilding a life together is simply done one day at a time."

They went on, "As we continue our journey as a family and rebuild our lives, we are delighted to share with you that we are expecting a new baby boy later this year. Beauty comes from ashes and we cannot wait to see and kiss the face of this sweet new boy!"

As Gossip Cop reported, Josh was embroiled in two scandals in 2015. In May of that year, it emerged that he molested underage children as a teen, including his own sisters, Jessa and Jill Duggar. Then later in the summer, it was revealed Josh was cheating on Anna. He was caught due to the Ashley Madison hacking, and subsequently confessed to a pornography addiction.

He entered a residential treatment program that August, and stayed at the rehab facility until March 2016. Anna remained committed to the marriage throughout, though she opened up about the emotional toll of the situation on the "19 & Kids Counting" spinoff show, "Counting On." The couple is pictured above in early 2015, when Anna was pregnant with their fourth child. She gave birth to a baby girl in July of that year, in between the two scandals.