One of this week's tabloids claims Julia Roberts and Danny Moder's recent trip to Rome was designed to save their marriage. The story is completely untrue. Gossip Cop can correct it. 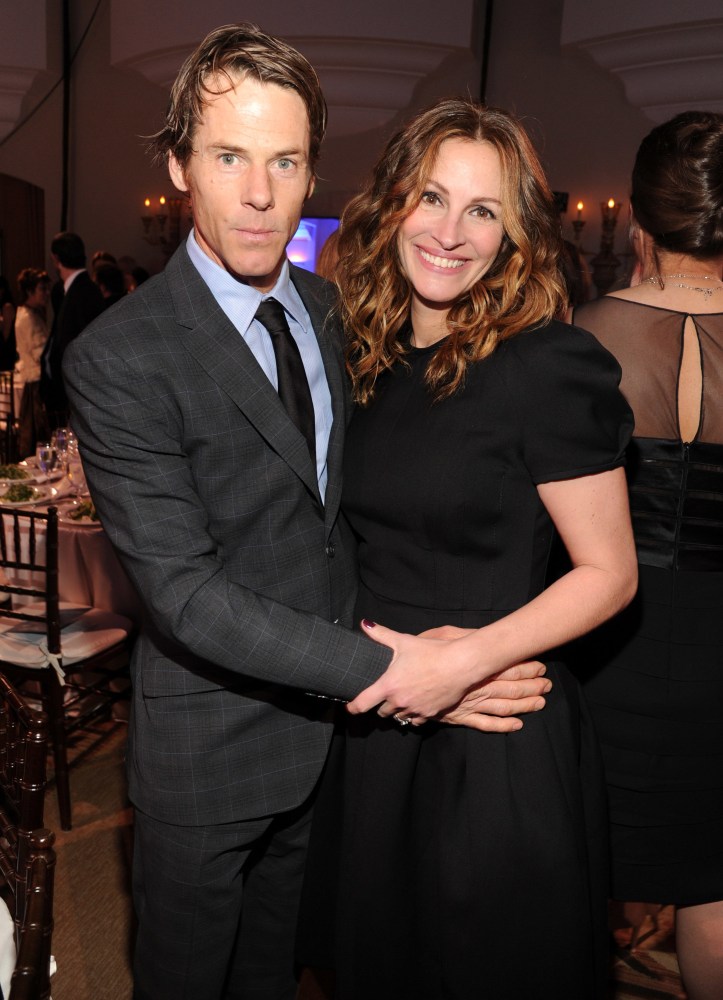 The spouses of 16 years enjoyed an Italian getaway earlier this month, but according to Woman's Day Australia, the vacation was actually "a make-or-break holiday" to avoid a divorce. The magazine further contends that the "last ditch attempt to save their marriage" didn't go according to plan. "They had dinner in one of the most romantic cities in the world yet both looked miserable," a supposed source tells the outlet. "Things seemed tense, like they'd had an argument."

The suspicious insider goes on to say that Roberts saw the trip to Rome "as the perfect opportunity to put work to one side and focus on her marriage," but it just led to more fighting. "It's no secret they've had issues but if they can't be happy in a place like Rome, then maybe sadly it's a sign it's too little too late for them," adds the alleged tipster, who never bothers to explain what the couple's supposed marriage problems entail.

The magazine's report is simply made-up. Just last month, Roberts and Moder were spotted packing on the PDA at the Golden Globe Awards, after which the actress shared a photo of the two kissing in their car while enjoying In-N-Out burgers. A few months ago, Roberts gushed about her husband on Gwyneth Paltrow's Goop podcast. The actress explained that meeting Moder changed her life "in the most incredible, indescribable way," and added, "He truly, to this day, to this minute is just my favorite human."

Meanwhile, in Roberts' cover story for the November 2018 issue of Harper's Bazaar, the actress addressed false tabloid stories about her relationship with Moder. "It can still hurt my feelings, because I'm so proud of my marriage," said Roberts, who added, "there's so much happiness wrapped up in what we've found together."

Additionally, Roberts posted a tribute to her husband on Instagram in honor of Valentine's Day last week. Along with a photo of the two together, the actress included several heart emojis. Even if the couple's trip to Rome was intended to save their marriage, which it wasn't, it's clear the spouses were going strong as of a few days ago. To say the "make-or-break holiday" didn't work isn't true either. That's just a minor point, however, considering the entire article is predicated on a false premise.