Julia Roberts has not been "dumped" by husband Danny Moder for actress Katheryn Winnick, who's ten years her junior, despite a false tabloid report. Gossip Cop can debunk the phony story. There's no truth to it. 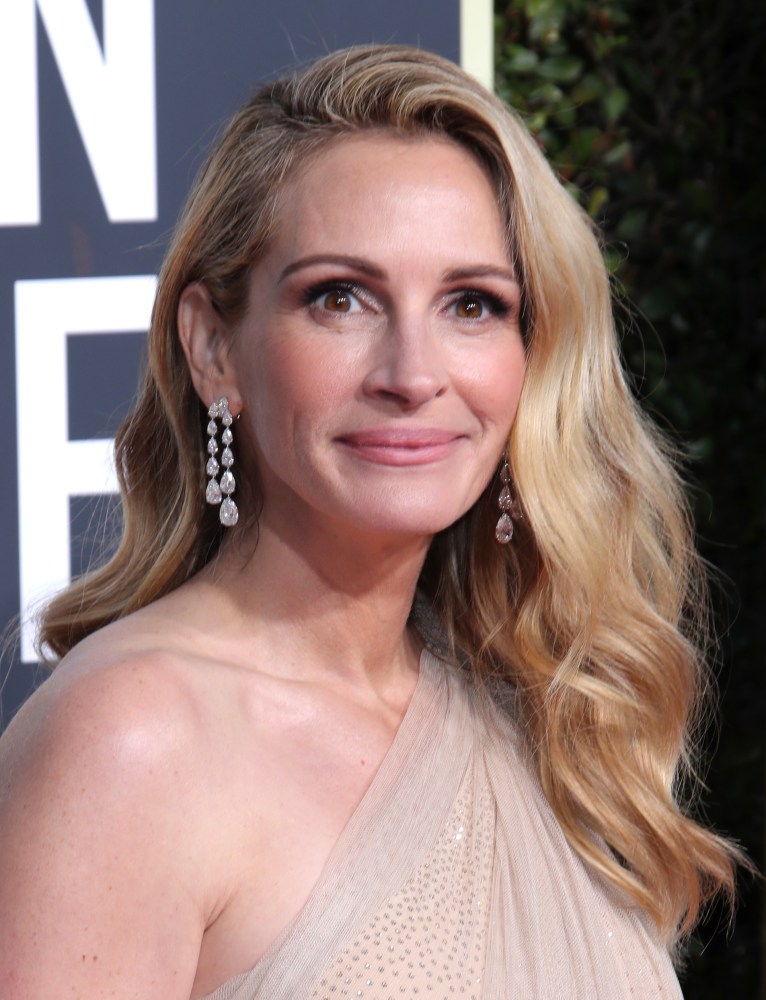 According to NW, the cinematographer has "walked out" on his wife of 17 years to work on the movie Flag Day in Canada, where he's supposedly growing close to Winnick, one of the stars of the film. An alleged insider tells the magazine that Moder shares an "intense connection" with the actress, best known for her role on the TV series "Vikings."

The supposed source goes on to note that Roberts and Moder started dating after meeting on the set of The Mexican in 2000, which means he has a history of falling for his colleagues. From there, the questionable tipster maintains that Roberts is losing weight amid her so-called "marriage troubles," adding, "When times are tough, she tends to neglect her diet and barely sleeps, so the pounds just melt off her."

The seemingly phony insider adds, "It's sad to see them go through this, but it's been coming to a head for a while. It's very clear that Julia needs to chill out and trust Danny if she wants their marriage to last." The tabloid's "source" fails to explain why Roberts should be more trusting if her husband is getting close to another woman, as is being alleged.

Still, the suspicious tipster continues, "Danny's adamant nothing's going on with Katheryn and she's being paranoid over nothing. He wants this marriage to last but wishes she'd take a chill pill. Then they can live in peace and stop bickering over stupid, needless stuff like this." Once again, it was the outlet's "source" who insisted that Moder had "dumped" his wife for Winnick, so changing the narrative to Roberts being "paranoid" contradicts the whole premise.

The reason the magazine isn't able to stick to a particular storyline is that none of this is remotely true. Just a few weeks ago, Roberts posted a tribute to her husband on Instagram in honor of their 17th wedding anniversary. In her post, the actress is seen wearing a T-shirt with an old photo of her husband popping a wheelie on his bike. She added the caption, "17 Years #TheWheelieKingsWife." It should also be noted, The Blast published an article less than two weeks ago noting that Roberts uses a photo of her husband's face as the wallpaper for her iPhone.

Back in January, Gossip Cop called out NW for falsely claiming Roberts was in a secret romance with Brad Pitt. That wasn't the case. Last September, the tabloid wrongly reported that Roberts was headed for a divorce and it was "taking a toll on her health." And back in February 2018, Gossip Cop busted the publication for making up a story about Roberts and Moder getting a $200 million divorce. The untrustworthy outlet has zero insight into the actress's marriage, which has been going strong for 17 years.

Jennifer Garner Getting Engaged And Expecting Baby With John Miller?