One of this week's tabloids claims Julia Roberts' husband Danny Moder is upset about her close friendship with Sean Penn. The story is completely made-up. Gossip Cop can debunk it. 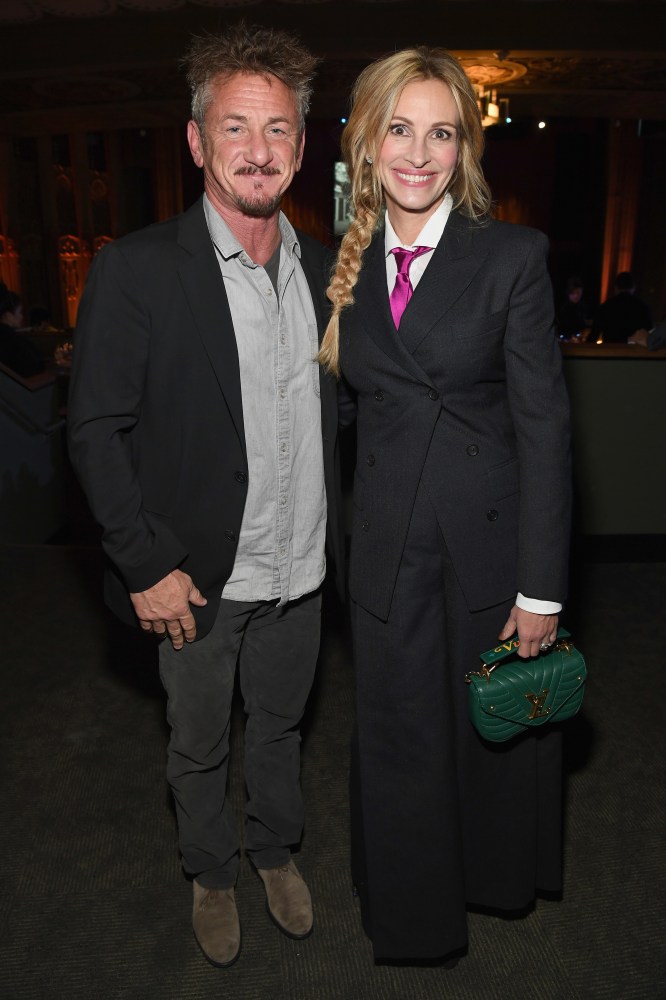 Earlier this month, Roberts and Penn were photographed walking arm-in-arm to Chris Martin's 42nd birthday party in Los Angeles. New Idea has decided to turn the friendly stroll into a tale of jealousy and marital drama. According to the magazine, Moder has always been bothered by his wife's friendship with the actor and "it's a real bone of contention in their marriage."

"Danny knows there's nothing going on with Sean – and Julia would never do that to him – but he hates that she goes to another man for advice and that they spend so long on the phone, texting one another," a supposed source tells the outlet. The alleged insider further contends that Roberts and Penn "have become even closer in recent months," and her husband is growing increasingly frustrated.

"Seeing his wife with Sean at Chris' party is only going to rile him even more," adds the questionable tipster, who further alleges that Roberts and her husband of 16 years have hit a rough patch. "Sean has been a real shoulder to cry on for Julia," says the suspicious source. "There's no denying she and Danny have had their fair share of problems and Sean has always helped her through."

There's simply no truth to the tabloid's narrative. In January, Moder accompanied Roberts to Penn's ninth annual Haitian Relief Organization fundraiser. The spouses have also attended the charity gala together in the past. Roberts' husband is friendly with Penn as well, despite the magazine trying to make it seem as if she's having some sort of emotional affair behind his back.

Meanwhile, the actress and her husband aren't having marriage problems. Last month, Roberts posted an Instagram tribute to Moder for Valentine's Day. The actress shared a photo of the two together, along with several heart emojis. Shortly before that, Roberts and Moder showed a ton of PDA at the Golden Globe Awards. And just a few months ago, Roberts described her husband as "my favorite human" during an interview on Gwyneth Paltrow's Goop podcast.

In addition to all of the evidence disproving the tabloid's article, Gossip Cop also checked in with a source close to the situation, who assures us it's all nonsense. Last year, we debunked a bogus report about Moder being furious over Robert's friendship with Dermot Mulroney. Penn is now being used as the subject of a similar and equally untrue story.

Irina Shayk Forcing Bradley Cooper To Choose Between Her And Lady Gaga?

Angelina Jolie Moving To New York To Get Away From Brad Pitt?