Julia Roberts is not leaving husband Danny Moder for Brad Pitt, despite a ridiculous tabloid report. Gossip Cop can debunk the premise. There's simply no truth to it. 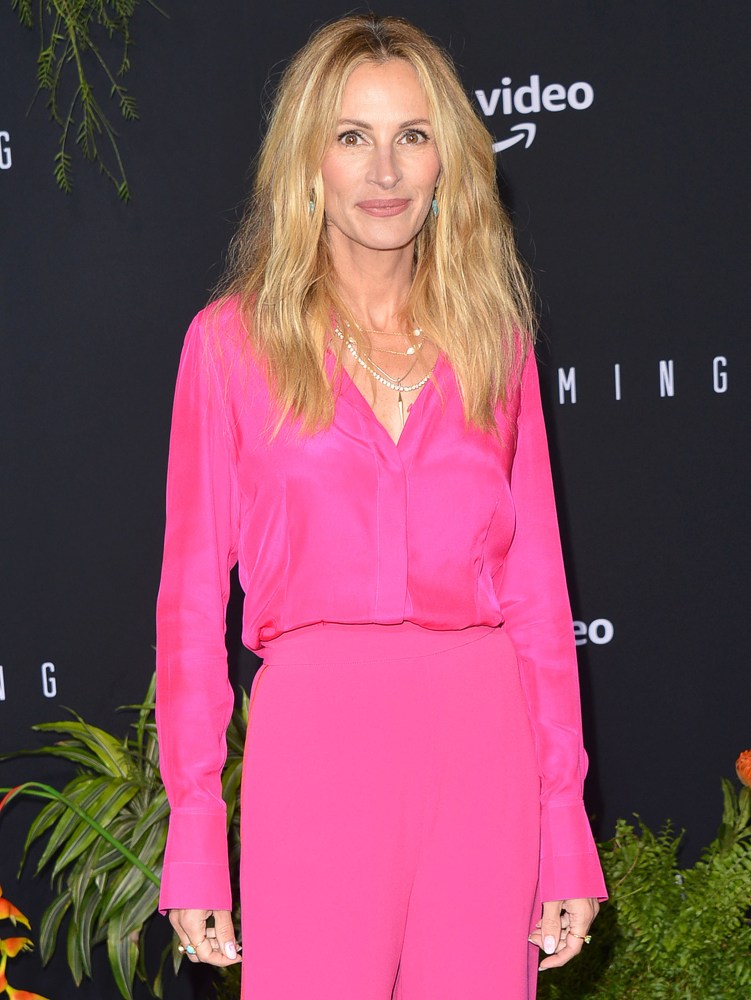 Last week, Roberts posted an Instagram tribute to Pitt in honor of his 55th birthday. Along with a photo of the two from their 2001 movie The Mexican, the actress wrote, "Happy Birthday to one of the all time GREATS," followed by emojis of a cake, pink hearts and the word "LOVE." Roberts' post was all the evidence that Woman's Day Australia needed to decide she wants to develop a romance with her friend and former co-star.

"Julia seems to be hinting that she's got a crush on Brad, not that anyone could blame her," an alleged insider tells the magazine. "He's single now, he's gorgeous and he's at a good place in his life where he might be open to having another relationship." The outlet's supposed source adds, "Maybe she's hoping once things settle down with Danny, and Brad has figured out what he wants to do when his divorce is finalized, they can finally give romance a shot."

From there, the seemingly phony tipster contends that Roberts and her husband of 16 years are headed for a divorce. The magazine has no proof to back up the claim, but the "source" insists the've "been living separate lives for a while." The questionable insider adds, "If Julia does have a divorce and a potential custody battle looming, Brad will no doubt be her rock and offer a fountain of support and advice after going through the same." The suspicious source concludes, "Everyone says they'd make a gorgeous couple. He's not only her dear friend but he could be her dream man."

The tabloid's story is predicated on the idea that the actress's marriage is in trouble, but that's simply not the case. Last month, Roberts gushed about her husband on Gwyneth Paltrow's Goop podcast. The actress noted that Moder changed her life "in the most incredible, indescribable way," adding, "He truly, to this day, to this minute is just my favorite human." Roberts went on to say that marrying her husband was "the best decision I've ever made."

Additionally, Roberts addressed the false tabloid rumors about her marriage in a November interview with Harper's Bazaar. "It can still hurt my feelings, because I'm so proud of my marriage," said the actress. "We just celebrated being married for 16 years this Fourth of July, and there's so much happiness wrapped up in what we've found together."

This also isn't the first time a tabloid has attempted to create a fake romance between Roberts and Pitt. Gossip Cop busted OK! in June for falsely claiming that the two were meeting up for secret dinner dates. This latest article attempting to link the two movie stars is equally baseless. Roberts simply wished her friend a happy birthday on social media, and that's where the story begins and ends.