Julia Roberts is not forcing her husband Danny Moder to go on the same detox diet that she supposedly follows, despite a made-up report. Gossip Cop can exclusively debunk this story. We're told there's no truth to it. 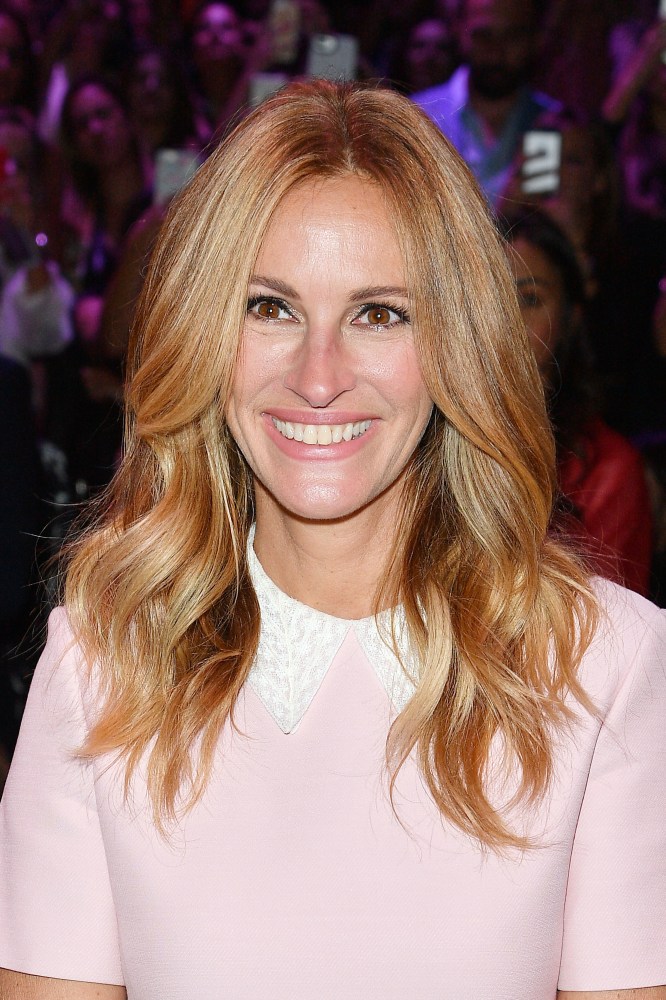 "Pretty Flabby Woman? Julia's Detox Diet Driving Danny Moder Mad," reads a new RadarOnline headline. The accompanying article says Roberts is trying to lose weight after portraying a frumpy mom in the upcoming drama Ben Is Back, but she's also making her husband eat the same healthy foods as her.

A supposed source tells the site, "She's demanding they eat only 'colorful' fruits and veggies, raw nuts and seeds… No meat, no dairy, no sugar, no processed stuff." The alleged insider further contends that Roberts acts like "a crazed hungry person" and gets "irritable" whenever she's dieting, which leads to fights between the actress and her husband.

The suspicious tipster also claims that Moder will sometimes attempt "to sneak out for a snack," but "Julia actually smells his breath when he gets back." The unreliable blog ends its piece by randomly recycling old rumors about the cinematographer because jealous of his wife's "reconnection with former Pretty Woman co-star Richard Gere," which isn't the case.

But Gossip Cop checked in with a source close to the situation, who exclusively assures us that Roberts isn't on any sort of "detox diet," nor is she concerned about her weight. In fact, photos from the set of Ben Is Back show that the actress isn't the least bit "flabby," despite the blog's mean assertion otherwise.

Also, Roberts has revealed in the past what she eats during a typical day, and her meals don't consist of what's listed above. The actress acknowledges she stays healthy by eating lots of protein and vegetables, but also admitted, "I love a good cookie!" Roberts further noted that she'll often indulge in pasta dishes.

Unfortunately, we're not surprised by RadarOnline's bogus story, considering that the site frequently alleges that Roberts and Moder are having marriage problems. Gossip Cop previously called out the website for wrongly reporting that the actress was caught kissing a "mystery man" at a restaurant. The so-called "mystery man" was actually Roberts' longtime agent, Richard Lovett, and there was nothing remotely romantic about their smooch. This latest article surrounding a "detox diet" is more lies.