Did Julie Andrews really turn down $1 million for a brief cameo in Mary Poppins Returns, the sequel starring Emily Blunt? That's what one of this week's tabloids is reporting. Gossip Cop, however, can correct the claim. 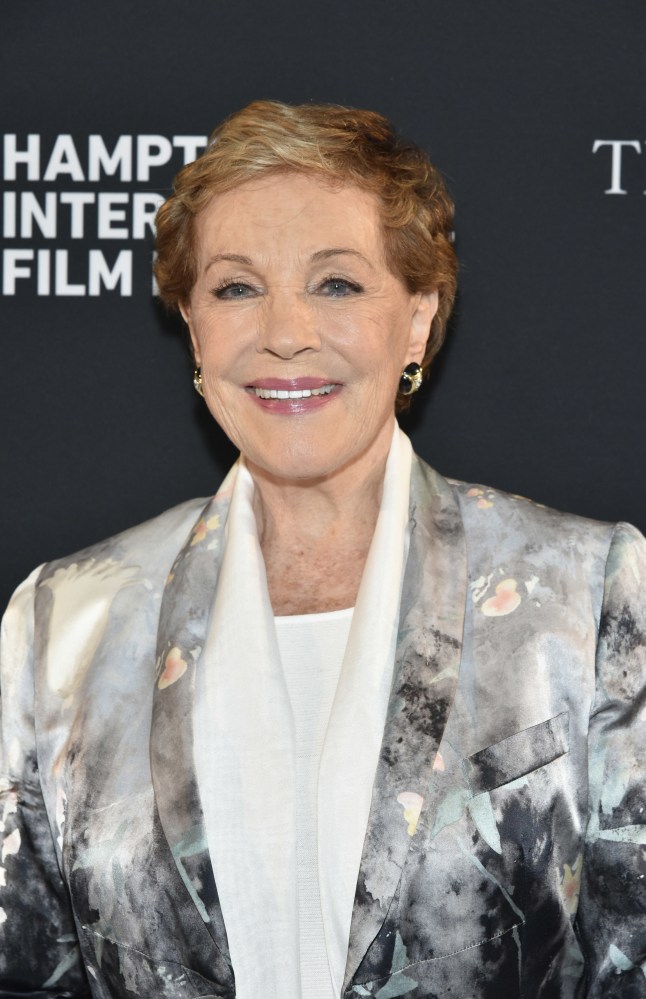 According to the Globe, Andrews insists she's "not bitter" about Blunt taking over her iconic role, but behind-the-scenes the 83-year-old actress was so "upset" about it that she "totally snubbed the project, turning down a whopping $1 million paycheck for a small cameo." To lend credence to its story, the supermarket tabloid alleges it has "insiders" who say, "Seeing someone else in the role she made a classic seems to be too much for Julie." The same anonymous and possibly fabricated tipsters further contend Mary Poppins Returns "reminds [Andrews] she's gotten too old and can't sing songs like 'A Spoonful of Sugar' in her great voice ever again… That would upset anyone."

The magazine then notes how her original co-star, Dick Van Dyke, has returned for a small role in the new film, but Andrews "scoffed" at the opportunity to be in the sequel. An unnamed and untraceable "source" maintains, "She wasn't interested, no matter how big the financial carrot dangled in front of her." It's true Andrews decided she didn't want to be in Mary Poppins Returns, but she was not "upset" or "bitter," nor did she ever scoff at a $1 million payday for a cameo.

In reality, the altruistic reason Andrews turned down a role in Mary Poppins Returns is that the Oscar-winner wanted Blunt to have the spotlight to herself. At last month's premiere of the new movie, its director Rob Marshall relayed a conversation he had with Andrews, who he noted as saying, "This is Emily's show, and I want her to run with this… This is hers. I don't want to be on top of that."

Marshall also mentioned in 2017 that Andrews was "one thousand percent" supportive of Mary Poppins Returns when he first brought up the subject several years ago. The director, who choreographed Andrews in the 1995 Broadway musical "Victor/Victoria," recalled she excitedly "threw her hands up in the air and said yes" when he suggested Blunt for the lead role. "Emily is the perfect person to carry the torch, and I know Julie feels the exact same way," shared Marshall.

It seems the Globe likes to float outlandish tales. In its latest issue alone, among the other articles Gossip Cop busted was an untruthful cover story about Prince William seizing the throne after accusing Prince Charles of murder, as well as a false claim about Barbra Streisand dying from a compulsive eating disorder. Unlike Mary Poppins, however, the tabloid's reporting about Andrews is hardly supercalifragilisticexpialidocious — or even remotely good.