Justin Bieber and Hailey Baldwin's relationship is not "already in trouble," despite a new report. Gossip Cop can exclusively correct this claim, which comes via a tabloid that has a spotty record when it comes to the singing star. By Baldwin's own account, everything is perfectly fine between her and Bieber. 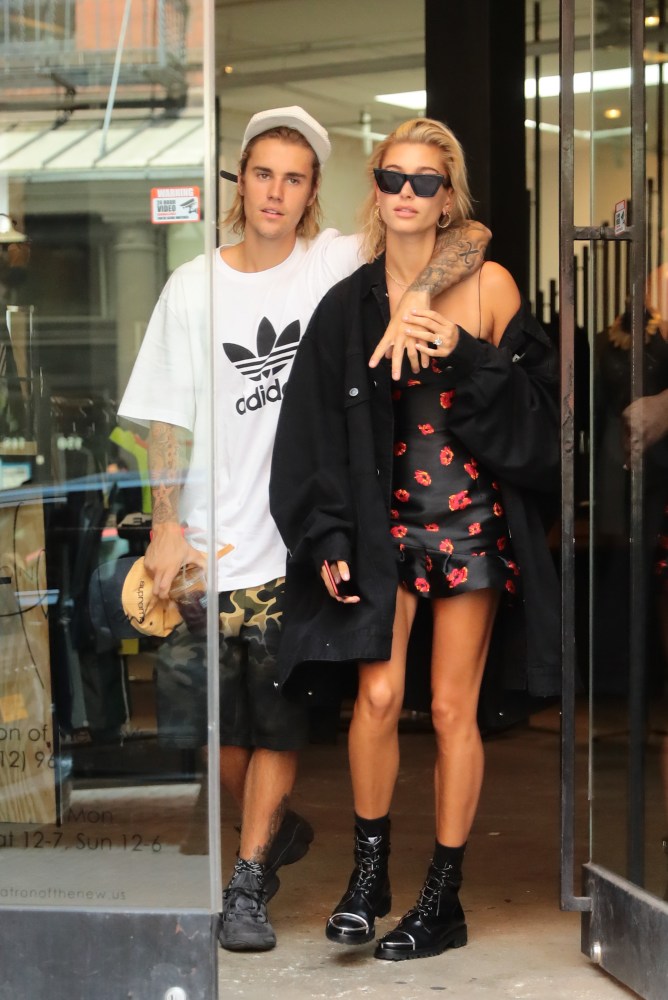 According to the National Enquirer, a so-called "snitch" says Bieber and Baldwin's romance is "already in trouble." The unnamed, untraceable, and possibly made-up source is quoted as saying, "They'd been dating on and off, but now they're living together and it's a big adjustment." "Falling in love is easy. Making it work each day after that is hard," blathers the alleged insider, repeating cliches before adding, "problems have already emerged."

Naturally, the supermarket tabloid doesn't give one single reason why Baldwin and Bieber's relationship is "already in trouble." Nor does the often disproven gossip magazine offer an example of the supposed "problems [that] have emerged." And the reason may be that making up stories is easy. Backing them up each day is hard.

Unfortunately for the publication, Baldwin, who's been relatively quiet about her and Bieber's engagement, just gave an interview to the Australian magazine Stellar that basically shot down the tabloid's entire premise in a handful of words. Baldwin told the magazine she's "beyond excited" about their engagement and is doing her best to "ignore the negativity" so she that can enjoy this moment in her life. Bogus reports about their relationship being "in trouble" would definitely be part of the negativity to ignore.

Gossip Cop is not entirely surprised by the falsity of this new Enquirer article since we've corrected a number of absurd stories from that outlet over the years. Among are favorites to this day was a tale about Bieber planning to bottle his sweat and sell it. And there was also that report about how Bieber was "eager" to have babies with Selena Gomez and "could soon be singing lullabies." That was claimed almost exactly seven years ago to the date. We're fairly certain enough time has passed to prove the supermarket was wrong and we were right with our reporting.

Regardless, as noted above, while the magazine alleges Bieber and Baldwin's engagement is in "trouble," it doesn't offer any evidence to back-up its premise. Conversely, Baldwin and Bieber have been constantly photographed together ever since he popped the question in July, and now the model herself has remarked how she's "excited" about her life with the singer these days. The only one who should be "in trouble" is the alleged "snitch" who duped the tabloid into publishing its latest misfire.