Justin Bieber and Hailee Steinfeld never dated, despite a report from one year ago today that claimed the pair was a couple. On May 2, 2017, Gossip Cop corrected an outlet for falsely alleging Bieber and Steinfeld were in a relationship. The story was bogus then, and it's clear now how untrue the article was. 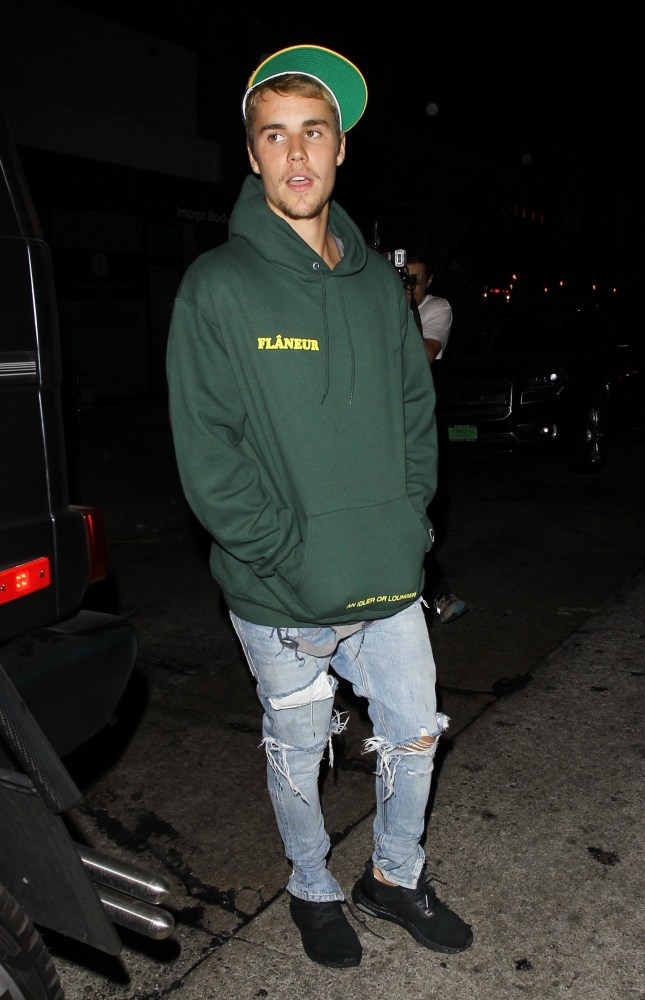 365 days ago, TMZ mistakenly asserted Bieber and Steinfeld were dating (see below), claiming that the alleged couple had been together for a "little over a month." According to the website's ill-informed "source," Bieber and Steinfeld both attended the Hillsong Church in Los Angeles, and its pastor Carl Lentz was the one who initially "introduced" the pair. And in attempt to support its premise even further, the website purported Bieber had hinted earlier in the year that his relationship with the actress was "heating up" after he was photographed FaceTiming Steinfeld.

At the time, however, a source close to Steinfeld exclusively told Gossip Cop on the condition of anonymity that there was "zero truth, none whatsoever" to TMZ's tale. Additionally, we were further assured Steinfeld didn't attend Bieber's church, so the report was completely unfounded. And, of course, Bieber FaceTiming the star hardly proved they were dating. They were just friends, and that remains the case 12 months later.

It's worth noting that these days, Steinfeld and Niall Horan appear to be more than just friends. As for Bieber, at the time TMZ's report was first published, he had been previously linked to Sofia Richie and Hailey Baldwin. Unfortunately, the website's reporting on him didn't get much better. Just one month after wrongly alleging Bieber and Steinfeld were dating, the outlet went on to claim that Bieber found a new "nice chick" in France while on vacation. That was false too, as the "brunette beauty" TMZ referred to in its story was Laura Lentz, the wife of Bieber's pastor, Carl.

And as opposed to dating either the married Laura Lentz or his platonic pal Steinfeld, Bieber went on to briefly rekindle his romance with Selena Gomez towards the end of 2017. A full year has passed since TMZ peddled its incorrect story about Bieber and Steinfeld, and the site has yet to acknowledge its mistake, even after doubling down and insisting "their relationship has left the friend zone." But just as we rightly did then, Gossip Cop will continue to separate fact from fiction on Bieber as necessary, providing readers with the truth.

Kendall Jenner not dating or "flirty" with Diplo, despite reports