Justin Bieber did not "walk out" on Hailey Baldwin, nor is the model pregnant with her husband's baby, despite a bogus tabloid report. Gossip Cop can exclusively debunk the story. We've learned it's completely false. 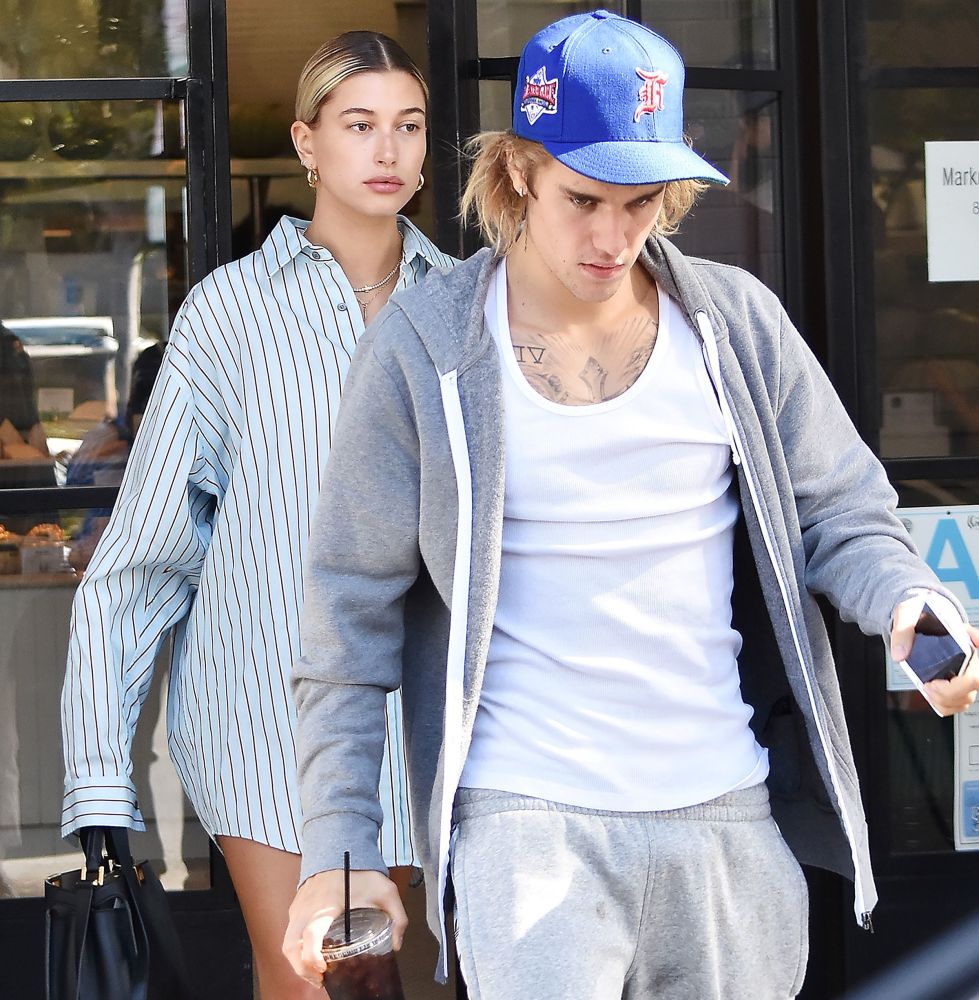 "Hailey: Pregnant & Alone" reads a headline in the latest issue of OK! The accompanying article says the newlyweds are headed for divorce amid Baldwin being three months pregnant. "The word is that they recently got into a terrible fight – and Justin walked out and ended things for good," a supposed source tells the magazine. "The whole thing is a mess and is really putting a damper on parenthood."

The alleged insider continues, "The drama is endless. They constantly clash and argue over the smallest things. The fighting has torn them apart – and Justin's frequent mood swings and public meltdowns haven't made things any easier." The suspicious tipster further contends that Bieber and Baldwin's biggest battle came a few weeks ago when the singer "confronted" his wife for spending the night with her friends instead of him.

"Justin made it clear that he needs Hailey to be by his side and taking care of him," adds the seemingly phony source. "She lost it and snapped back that she's supposed to be his wife, not his mother. Justin took that very badly, and stormed out." The questionable insider adds, "For Justin to walk away when Hailey's said to be expecting his child is pretty dramatic, even by their tumultuous standards."

From there, the unreliable outlet attempts to cover its tracks by suggesting that the spouses may be able to work out their supposed issues. "Knowing Justin, he could still change his mind and apologize to Hailey for walking out and beg her to give their marriage another shot," says the anonymous "insider." This last section of the phony article was seemingly included so the tabloid can save face when the couple doesn't split.

The magazine doesn't have a single shred of proof to suggest that the newlyweds have been at war, but there's plenty of evidence showing otherwise. On Monday night, Bieber and Baldwin cuddled up while watching the Toronto Maple Leafs play against the Boston Bruins at an NHL playoff game. Just one day ago, Bieber shared a collection of photos of his wife on Instagram, along with the caption, "This is my bean." One day before that, Baldwin shared an Instagram photo of her and Bieber goofing around in a photo booth, along with the caption, "my only bubba."

Even more significant, however, is the loving message that Baldwin posted for her husband on Instagram last week. Along with a picture of Bieber, the model wrote, "my love… you are an incredible man, you make me a better human being, you make me happier than I've ever been. Insanely proud of who you are and who you're becoming. I love you more every single day."

Since it's been established that the couple's marriage is going strong, Gossip Cop can also confirm that the model isn't currently expecting a child. We checked in with a rep for Bieber, who assures us that every aspect of the magazine's story is fabricated. After alerting the singer's spokesperson of the tabloid's story, we were told, "This is the most ridiculous thing I have ever read and everyone who reads this article should ask for that time in their life that OK! wasted back."

Unfortunately, we're not surprised the publication is attempting to stir up nonexistent drama between the happy spouses. In February, Gossip Cop busted the tabloid for falsely claiming Bieber and Baldwin were getting a divorce over Selena Gomez. This latest article is more nonsense from the untrustworthy outlet.

Jamie Foxx 'Dumped' Katie Holmes 'Again' To Hook Up With Other Women?

Truth About 'Dying' Angelina Jolie Leaving Fortune To Maddox, Cutting Out Other Kids