Are Justin Timberlake and Jessica Biel having a second child to "save" their marriage? That's the latest narrative coming from the tabloids. Not only has Gossip Cop learned the story isn't true, but we can also explain how this is a recycled storyline. 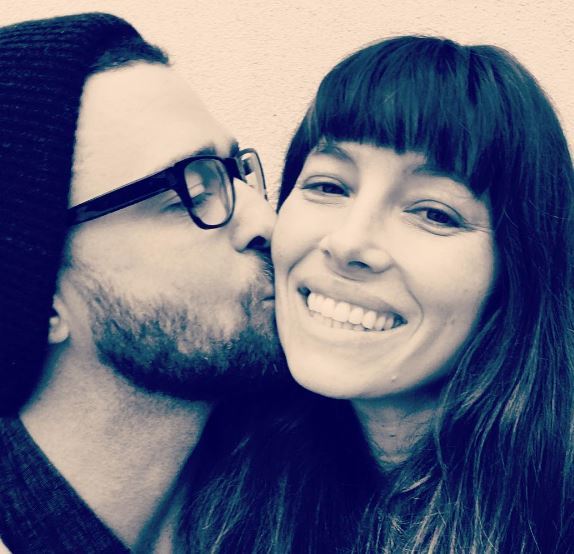 A headline in the new edition of In Touch announces, "Baby No. 2. For Justin & Jessica." With their son, Silas, turning 3 years old in April, a so-called "source" claims the couple is now "trying for baby No. 2." The magazine alleges Biel and Timberlake were "overheard during a recent family vacation in the Bahamas discussing plans to give Silas a sibling."

"They were talking about how they can't wait for him to have a baby brother or sister," contends the untraceable snitch. Somehow, this alleged tipster who knows how the stars were supposedly "overheard" discussing this in the Bahamas also knows that they've "had marital issues over the years — including trust issues and differing views on how to raise Sila." Asserts the outlet's suspicious insider, "A baby could be just what they need to save their marriage."

But the marriage isn't in need of "saving" in the first place, and there are no "marital issues" stemming from parenting. Less than a month ago, Biel paid tribute to Timberlake on Instagram for Father's Day, writing, "To my husband who I watch with awe everyday as he guides and teaches, encourages and supports, and above all, LOVES the sh$t, out of his own young man." She's also been documenting their time together on his "Man of the Woods Tour," which he has been doing on social media as well.

Just last week, for example, Timberlake shared on Instagram a photo of Biel smooching their son in Paris. He wrote in the caption, "If that pic doesn't say 'City Of Love' then I'm out…" And on Thursday, Timberlake used Twitter to congratulate his wife on her Emmy nomination. There is a wealth of evidence pointing to a happy union.

In contrast, there is no indication whatsoever that they were recently in the Bahamas. In fact, it doesn't seem Timberlake and Biel have been in the Caribbean since their 2016 trip. That further calls the credibility of this report into question. This narrative also seems to be a repeat storyline. In 2014, when Biel was pregnant with Silas, In Touch similarly alleged that having a baby was saving her supposedly "troubled" marriage to Timberlake (see below).

It should also be noted that the tabloid's sister publication, with whom it shares a staff, is no more accurate. In April, Gossip Cop observed that a full year had passed since Life & Style wrongly announced Biel was pregnant with their second baby. And while a rep for the actress declined to comment on the record about this latest pregnancy piece, a confidante tells us on background that the claims are "completely untrue."

Biel and Timberlake have both said they want more kids, so another pregnancy could happen at some point. But fans shouldn't expect the gossip media to break any real news, particularly a magazine that has spent years pushing a phony angle about their marriage needing to be "saved."

Kate Middleton, Meghan Markle "both pregnant" and "due the same day"?