Kanye West and Kim Kardashian are not fighting over "baby duties," despite a new report. In addition, the rapper did not have any kind of "daddy daycare meltdown." Gossip Cop can bust this story and explain how it's part of a pattern of falsehoods. 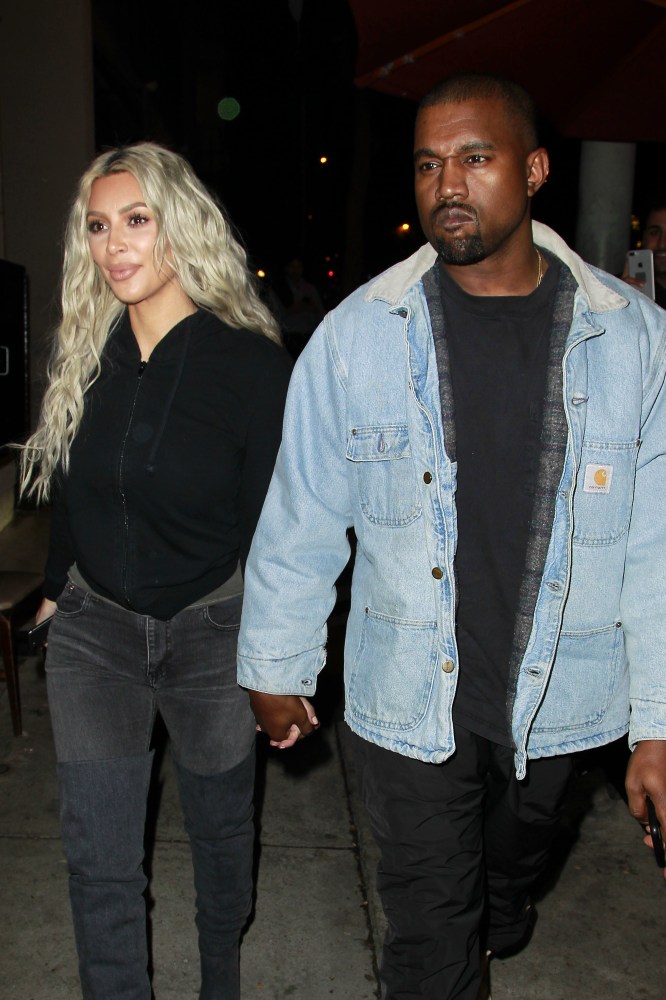 According to RadarOnline, West and Kardashian are "butting heads" over caring for their three children, North, Saint and Chicago. Though the performer now has several years of parenting under his belt, the site claims he is having a "terrible time coping" when his wife is "not around" to assist him. "Kanye was a mess while Kim was in Japan," a so-called "source" is quoted as saying, alleging "he was on to her every five minutes stressing out about diapers or feeding."

The website contends Kardashian is "insisting" West become "more involved," to the point where she's cut down on the number of hours they use nannies. "That's meant Kanye's had to change his schedule to be available for the kids, and he's sleep deprived and stressed to the max," alleges the outlet's supposed snitch. Now the situation has "caused a bit of a rift in their relationship," the online publication maintains.

But the timing of this tale is quite peculiar. Kardashian just spent the weekend with West in Wyoming, where he is working on his new album. Far from there being a "rift" between them due to parenting, they just had a kids-free getaway. So it's pretty bizarre for the site to be making these allegations about West struggling with the children and the couple "butting heads" as a result when they've both been away from their brood.

As for Kardashian's time in Tokyo, People reported West wasn't left caring for the kids on his own. He and the children's grandmother, Kris Jenner, were "taking on childcare duties" together. Furthermore, it's strange the blog is only just now alleging West had a "meltdown" while Kardashian was away when the reality star has been back in town for days. It's also worth noting that Kardashian has praised West for being "such a good dad," as she did last Father's Day.

That undermines not only this article, but also the outlet's apparent obsession lately with painting both stars as bad parents. Exactly a month ago, Gossip Cop busted the publication for a bogus story falsely claiming Kardashian ripped West as a "bad dad." Days later, we debunked another phony piece about West supposedly being "furious" with Kardashian's allegedly poor treatment of Chicago. The website first insisted West was the parenting problem, then it was Kardashian, and now he is the target again. All the while, the couple's actions and comments, along with credible reporting from reputable outlets, continually disprove the contentions. Apparently RadarOnline is fighting with the truth.

Is George Clooney getting Brad Pitt and Jennifer Aniston back together?