A tabloid cover story about Kate Middleton throwing Meghan Markle a "surprise bachelorette party" was made-up. Gossip Cop can bust this report. None of the real details of the bride-to-be's celebration have actually leaked. 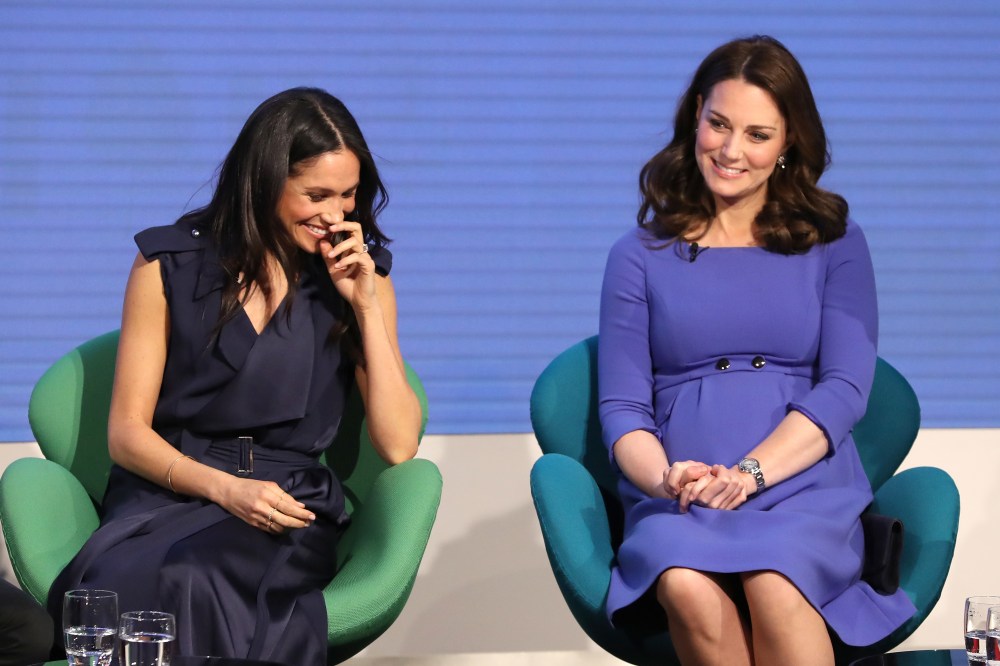 But In Touch is trying to deceive readers with its latest issue, which appears to feature a photoshopped picture of Markle and Middleton partying together. The intention, it seems, was to dupe readers into thinking the bachelorette party already took place and the tabloid has all the details. It's only upon reading the actual article that it becomes clear the claims are about something that will supposedly be happening in the future.

A so-called "royal insider" is quoted as saying, "Kate will throw the bachelorette party of the century. She's pulled out all the stops." It's specifically alleged that "thirty of Meghan's closest friends," including Priyanka Chopra, will be invited to a "three-day celebration" with "no expense spared." The gossip magazine claims Middleton will "host the group" at her Kensington Palace apartment, and has requested a tiara worn by Princess Diana for Markle to don during a seven-course formal lunch.

That will supposedly be followed by a "high-end wine tasting," along with "naughty party games," and even karaoke. "I wouldn't be surprised if they ended up dancing on tables," the outlet's alleged tipster laughably asserts. The purported snitch goes to claim that "those close to Meghan are already betting that the queen will surprise [her] with some sexy underthings." And that's all just in the first day. The publication contends everyone will "live it up in London" during the second evening, as Middleton has allegedly "booked eight different hot spots under a pseudonym." The third and final day is said to revolve around a spa.

The irony of all these claims, of course, is that the tabloid is deeming this a "surprise bachelorette party." If it's meant to be a "surprise," who would really be leaking the plans in advance? Moreover, what "royal insider" would really be dishing to the U.S. gossip media? It's also telling that, amid all of these alleged details for the bash, the outlet doesn't give the date this will all supposedly be taking place. That's probably because none of this purported insight is legitimate.

Rather, the publication is merely pretending to have a scoop and making guesses. For instance, it's well-known that royal family members exchange "gag gifts," and that's what the tabloid conveniently claims Markle will be receiving. And given that there's been speculation about Chopra being a bridesmaid at the wedding, naturally the magazine is assuming she'll be involved with the bachelorette party.

But while Markle did indicate earlier this month that her bachelorette party is planned, no one genuinely connected to the royal family is sharing the details in advance, particularly with this tabloid. Remember, In Touch is the same magazine that falsely announced Markle was pregnant last November. This is an outlet that like enticing readers with seemingly informative cover stories, but the claims often aren't true.

Do Katy Perry's friends want her to dump Orlando Bloom for Jake Gyllenhaal?