Katharine McPhee did not turn down a supposed offer to join "The Real Housewives of Beverly Hills," despite a made-up tabloid report. Gossip Cop can debunk the story. A spokesperson for the singer tells us she was never approached for the reality show. 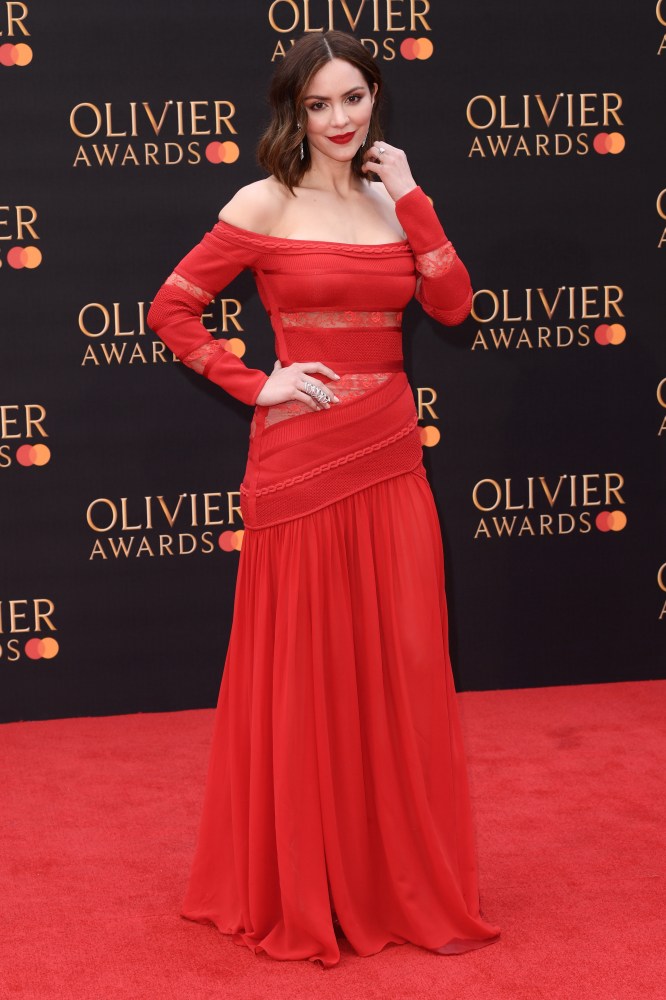 "Katharine Snubs Housewives" reads a headline in the latest issue of OK! The accompanying article says Bravo execs wanted McPhee to replace Lisa Vanderpump, who's leaving the series after nine seasons. The magazine contends that the singer was thought of as a good replacement because she's married to David Foster, who was previously married to former "RHOBH" star Yolanda Hadid.

"Andy Cohen especially thought it would be a coup to get Katharine on the show," a supposed source tells the outlet. "It just screamed 'must-see TV.'" The alleged insider further contends that McPhee decided to turn down the offer after discussing the opportunity with Foster, who felt that the show "helped play into" his divorce from Hadid.

"In the end, she just didn't see it as the thing for her," adds the alleged tipster. "With 'American Idol,' she feels she's already done her time on reality TV." The questionable source adds, "She'd rather focus on her marriage than be tied down with drama."

The magazine hides behind an anonymous "insider" to sell its bogus story, but Gossip Cop reached out to McPhee's rep, who tells us on the record that it's untrue. The singer simply never received an offer to join the Bravo franchise. This report seems to have been concocted simply because she's very loosely connected to the show based on her marriage to Foster.

It's worth noting, Gossip Cop busted OK!'s sister publication, the National Enquirer, for wrongly reporting last year that McPhee was in talks to join "The Real Housewives of Beverly Hills." That narrative clearly never panned out. This latest article seems to be backpedaling by maintaining that McPhee has "snubbed" the show. Just last year, however, she was said to be in negotiations for it. Neither premise is accurate.

Meanwhile, Gossip Cop called out OK! earlier this year for falsely claiming McPhee and Foster were planning a $50 million wedding in Malibu. The singer and the music executive got married in London last month. It's fairly clear the tabloid's McPhee "sources" are either very unreliable or flat-out nonexistent. Regardless, we can confirm that the singer has never been in discussions for the "Real Housewives" franchise.

Brad Pitt NOT Quitting Acting To Become A Beekeeper, Despite Report