A tabloid claims Katie Holmes is three months pregnant with Jamie Foxx's baby and plans to raise the child alone. There's zero truth to the story. Gossip Cop can debunk it. 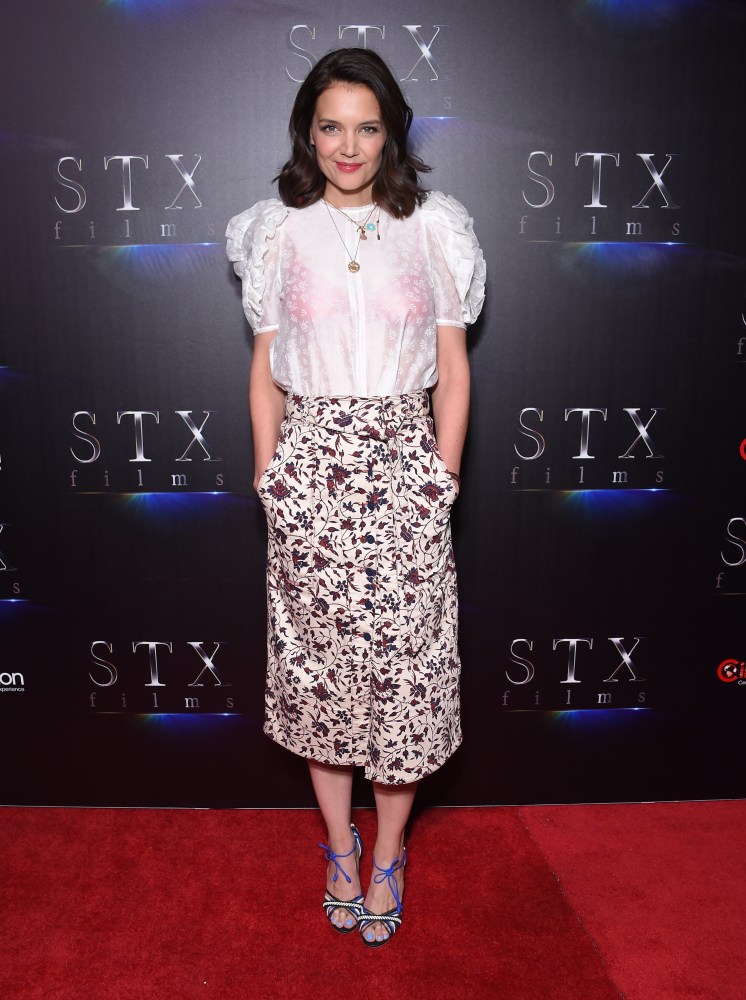 According to NW, the two stars conceived a child around mid-May, but the actress is more than happy to raise the child without Foxx as he's supposedly been "messing with her head for years." A supposed source tells the magazine, "Katie still loves Jamie, but she's not expecting too much from him when she has this child. She doesn't want to push him and ask for something he can't deliver, so she'll keep the status quo and let him date who he wants, instead of pushing him to [settle down] with her."

Holmes largely brought up her 13-year-old daughter Suri on her own following her 2012 split from Tom Cruise. The alleged insider contends she's "not fazed about doing it all again" when it comes to her supposed child with Foxx. "Katie's more than capable of being a single mom and raising two children by herself," adds the questionable tipster.

The seemingly phony source continues, "Katie's got a nursery being built in her LA home and is already picking out baby names." It should be noted, Holmes' primary residence is New York City, which is where her daughter Suri attends school.

The so-called "insider" adds, "She's convinced it's a girl, but she's waiting until she's further along before getting confirmation. In the meantime, Katie is all about staying healthy and relaxed while getting everything ready for the new arrival, who's due in the New Year."

The tabloid's story is based on claims from an anonymous and seemingly imaginary "insider," but Gossip Cop checked in with Holmes' spokesperson, who tells us on the record it's "untrue." Despite what the outlet's unidentified "source" says, a rep qualified to speak on the actress's behalf confirms she's not pregnant.

As Gossip Cop has noted several times, Holmes and Foxx have a somewhat unconventional relationship and aren't together all the time. People magazine and E! News, outlets more reputable than NW, have both similarly reported that the two stars spend time together when their schedules allow it, but also have their own separate lives. The two are on the same page when it comes to their dynamic and Foxx hasn't been "messing with her head."

Of course, this isn't the first time the outlet has falsely claimed that Holmes was pregnant with Foxx's child. In January, the tabloid said the actress was "four months along" with a baby boy and "telling close friends it's going to be a mini-Jamie." Just some quick math tells us that if she was four months pregnant in January, the baby would already be a couple of months old.

As recently as one month ago, Gossip Cop debunked another story about Holmes "begging" Foxx for a baby. That article quoted a "source" as saying that Holmes "wants to get moving and be pregnant by early 2020 at the latest." Just one month later, the same magazine is claiming she's already three months pregnant. The reason the outlet can't keep its stories and timelines straight is because this baby scenario has never been true.

Brad Pitt, Angelina Jolie Trying To Top Each Other At The Box Office?