Kelly Ripa does not eat her fingernails and cuticles, despite an absurd new tabloid report. Gossip Cop can correct this manufactured story. We're told it's completely untrue. 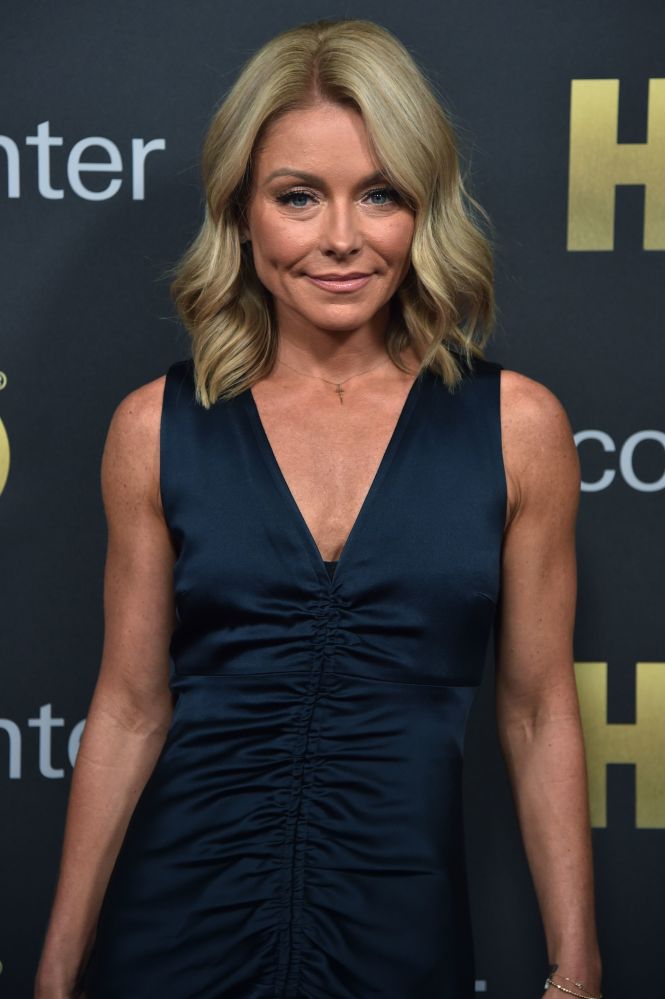 According to a Globe article titled, "Cannibal Kelly's Skin-credible Diet," Ripa is "making her TV crew sick to their stomachs with her bizarre nervous habit of gnawing her cuticles." A so-called "insider" is quoted by the supermarket tabloid as saying, "She's constantly picking at her nails and cuticles, and probably doesn't even realize she's doing it half the time… but it's revolting her co-workers." The habitually disproven magazine further alleges her co-host, Ryan Seacrest, often compares her to Silence Of The Lambs' flesh-eating main character Hannibal Lecter and occasionally jokes whether she'd "like some chianti and lava beans too" as she chows down on her fingers.

The publication also claims Ripa's manicurist has a hard time keeping her hands looking nice for "Live" because she "leaves her fingertips red and sore." Without offering any proof whatsoever that Ripa chews her own fingernails to the point it's "revolting" her staff, the tabloid vaguely asserts, "Sources say the fear is her nervous habit could turn into a serious dermatophagia, a compulsion to eat one's own skin." Naturally, the magazine doesn't offer the names of any of its alleged "sources" or explain why there's never been a story before about Ripa's supposed "bizarre nervous habit" in the 17 years that she's been hosting "Live."

To illustrate its bogus tale, the tabloid published a picture of Ripa with her fingers in her mouth. The intent was to make it look like the morning talk show hosts regularly eats her nails and cuticles, but in reality the image the magazine used was from June 2009 when Ripa and then co-host Regis Philbin did a cooking segment on "Live." Additionally, a quick scan of photos of Ripa's fingernails online do not show them "red and sore," as the outlet falsely contends.

Gossip Cop has several friends who are or who were involved in the show's production over the past decade and a half, and not one of them has ever asserted anything as outrageous as Ripa having "cannibal"-like habits. In fact, a spokesperson for "Live," speaking on behalf of Ripa, tells Gossip Cop the tabloid's story is a "ridiculous fabrication."

The closest she's said anything resembling that was when Josh Hutchinson was on "Live" in 2014, while promoting The Hunger Games – Mockingjay, Part 1, and said he's be curious about eating flesh to which Ripa quipped she's chewed on her cuticles. But she was mostly joking. The reality is Ripa's diet is primarily vegetarian, though she'll eat fish and chicken and has vices like coffee and the occasional glass of wine. Actually, the only thing that truly bites is the Globes' reporting about Ripa.

Katie Holmes, Jamie Foxx NOT 'Moving Down South,' Despite Report