Is Kelly Ripa planning to replace Ryan Seacrest on "Live" with Jerry O'Connell? A tabloid report claims she wants to swap co-hosts. Gossip Cop, however, can exclusively bust the story. A rep for Ripa tells us there's no truth to the contentions. 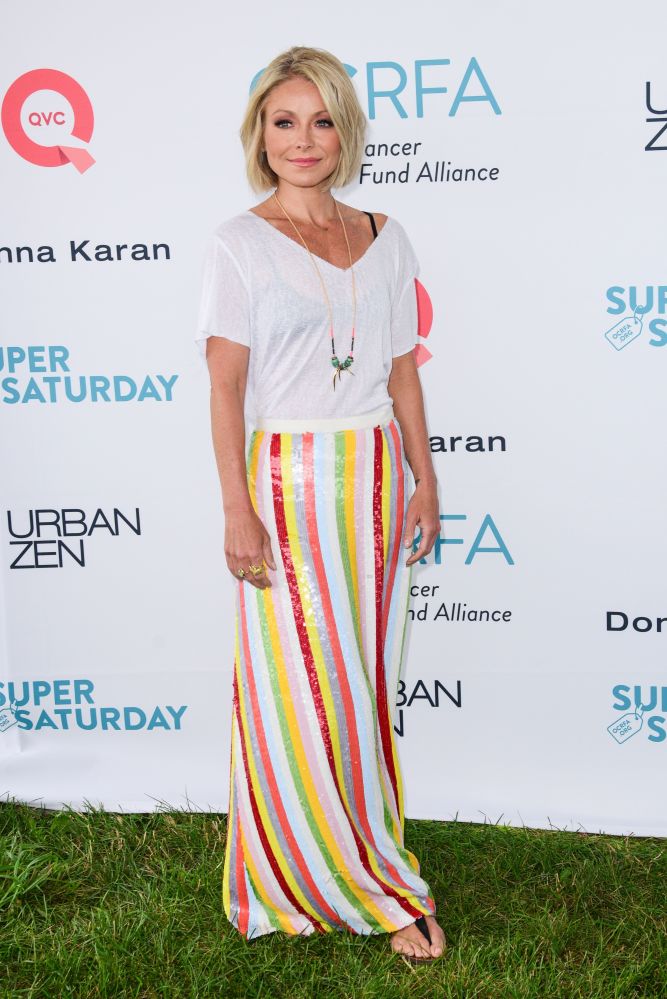 The article in question appears in the latest edition of Life & Style, with the headline, "Kelly's Plan To Replace Ryan With Jerry." O'Connell frequently served as a guest co-host on "Live" before Seacrest was named her new permanent co-host. Now in the wake of Ripa and O'Connell recently reuniting on "The Wendy Williams Show," the gossip magazine contends, "Kelly wants Jerry back." But she's allegedly motivated not just by their chemistry, but the sexual misconduct scandal surrounding Seacrest.

Ripa is described as "embarrassed" and "caught off guard" by the allegation against Seacrest. "This is the last thing in the world Kelly thought would happen. That's why she's now talking to Jerry again and weighing a plan to replace Ryan with him," a so-called "insider" is quoted as saying. This supposed snitch goes on to contend, "It was a tight race and Jerry was so close to getting the gig before Ryan was hired. In hindsight, Jerry would've been a great host. Kelly and execs at ABC are kicking themselves."

O'Connell is even deemed "the boy who got away from 'Live,'" and the "insider" speculates to the outlet, "If Kelly were to sit Ryan down and have a heart-to-heart about putting the show first, I'm sure he would do the right thing [and step aside].'" A purported "source" further claims Ripa "truly feels that she and Jerry were the 'Live' co-hosts that were meant to be." To that end, "Kelly's already spoken to him about relocating from L.A. to New York for part of the year," contends the alleged tipster, while the "insider" adds, "Jerry's just waiting in the wings."

Well, O'Connell is going to be waiting a long while then, as even the publication admits "Ryan isn't ready to step down." Regardless, though, a rep for Ripa tells Gossip Cop she has no plans or desire to orchestrate Seacrest's ouster. And by omitting key details from its story, the tabloid has painted an inaccurate picture for readers. Notably, the magazine does not acknowledge that Ripa actually defended Seacrest just last month, calling herself "very, very lucky to work with [him] each and every day."

Also significant is that the "source" quoted proves to be ill-informed when claiming Ripa may "speak to show executives about alternative co-hosts." Nowhere is it mentioned that Seacrest himself is a "show executive." As his bio on the official "Live With Kelly And Ryan" website states, he's not just one of the program's hosts, but also one of its executive producers. He's not an underling that can just simply be fired based on a unilateral decision from Ripa.

Furthermore, while the outlet claims the addition of Seacrest hasn't been the "slam-dunk success" that was expected, this December New York Times story highlights the show's "big ratings" right in the headline. And in early January, TV By The Numbers noted that "Live" finished out 2017 with its highest ratings in a year. That's yet another important piece of information that the publication failed to include.

It's clear when looking at all the relevant facts, plus the on-the-record denial from Ripa's spokesperson, that this story couldn't be more wrong. Most recently in January, and for more than six months, Life & Style has been pushing an untrue narrative about Ripa and Seacrest feuding. It's long past time the tabloid found better "sources" and "insiders."