Kevin Hart and Eniko Parrish welcomed their baby boy on Wednesday. The model gave birth in L.A. to the their first child, a son named Kenzo.

Hart broke the news that Parrish was pregnant in May when he shared pictures of her ultrasound and growing baby bump on Instagram. "Celebrating Mother's Day with my beautiful wife. We are laughing at the fact that this time next year we will be celebrating her 1st actual Mother's Day. #Harts #Blessed," he wrote, adding, "It's a boy. Miracle in the making." Hart and Parrish dated for seven years before the comedic actor proposed on her 30th birthday. And in 2016 they tied the knot in Santa Barbara, California. 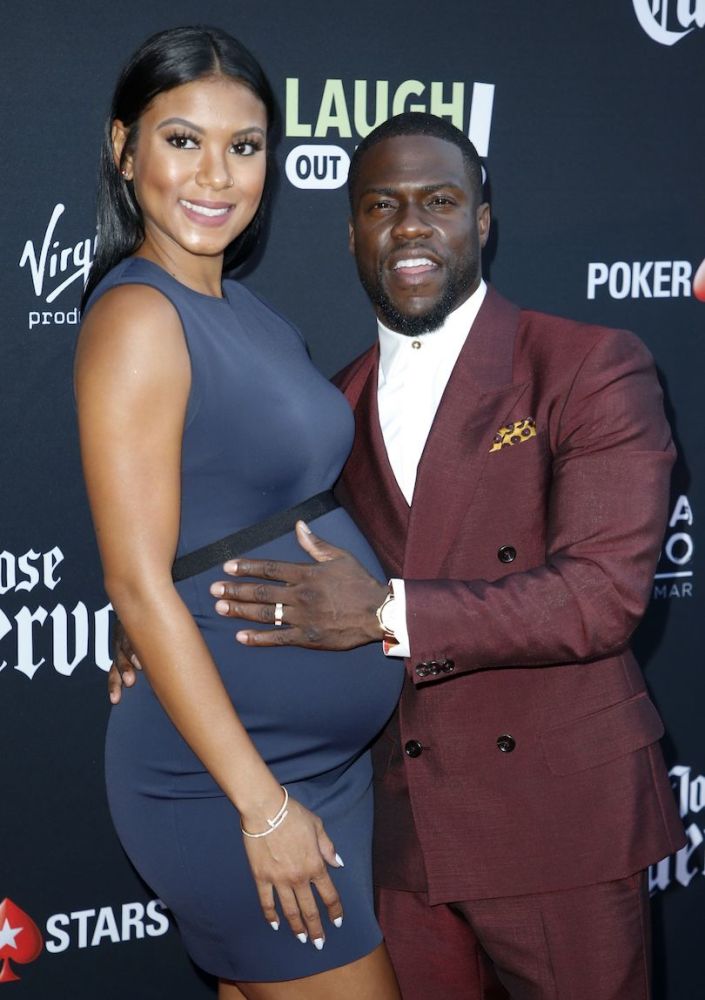 As Gossip Cop reported in September, Hart apologized to his wife for cheating when he alleged he was being extorted over a sex tape that featured the comedian. In the footage, Hart was seen being unfaithful with a woman in Las Vegas. In a one-minute-long video posted on Instagram, Hart admitted, "I'm at a place in my life where I feel like I have a target on my back, and because of that I should make smart decisions, and recently I didn't." He added, "I'm not perfect."

With the cheating scandal as a backdrop, a number of made-up stories were then fabricated about the couple. Among the many untrue tales Gossip Cop busted was one that falsely maintained Parrish was making Hart check-in with her every hour following his infidelity. Another falsehood we corrected with the help of a source close to the comedian was that Hart bought Parrish a $250,000 push present.

The reality is the couple worked through their issues and have remained together. Earlier this month, Hart and Parrish hosted an elaborate, safari-themed baby shower. During the event, held at the Calamigos Beach Club in Malibu, they revealed that they were naming their baby boy Kenzo. The comedian's newborn son joins two older siblings from his previous marriage. Before splitting in 2011, Hart and ex-wife Torrei welcomed daughter Heaven, 12, and son Hendrix, 10. Gossip Cop wishes Hart and Parrish many years of health and happiness with their baby boy!

Jennifer Garner has NOT taken back Ben Affleck

Are Miranda Lambert and Blake Shelton in a "New War"?