Kim Kardashian's former assistant Stephanie Shepherd was never her "nemesis," despite a new report. In fact, Kardashian herself has taken the Daily Mail to task for pushing that "fake narrative." Following the publication of an article on Saturday night that wrongly and repeatedly alleged the two women had a "feud" and how Shepherd was Kardashian's "nemesis," the reality star set the British tabloid straight. 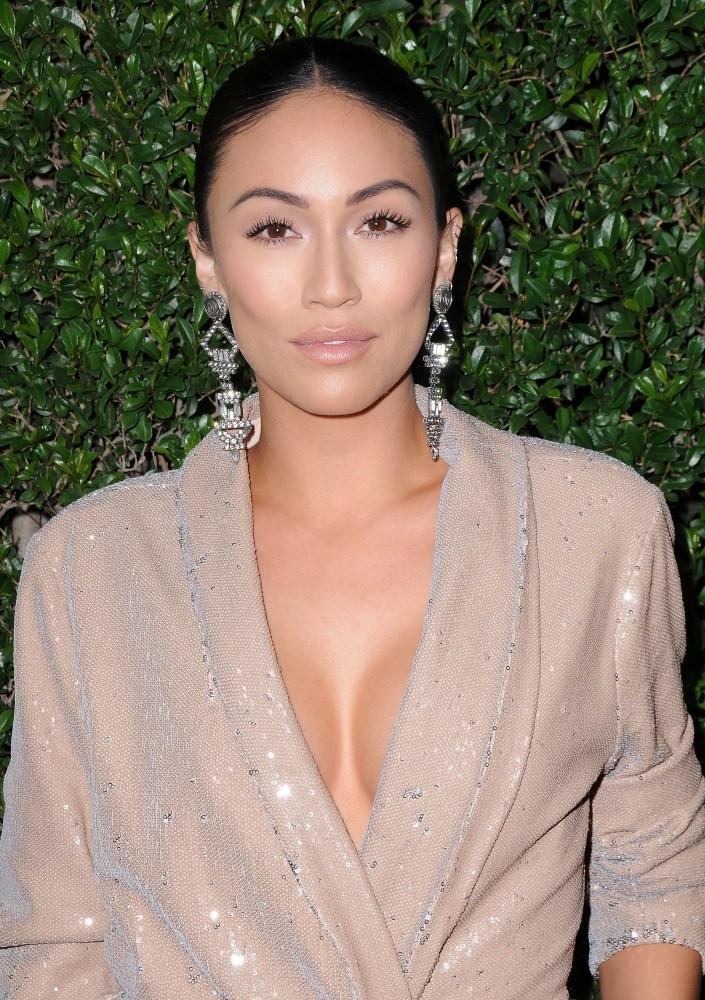 In a story it titled, "Kim Kardashian sends former nemesis Stephanie Shepherd birthday wishes after sister Kourtney helped organize the ex-assistant's birthday bash" (see below), the paper alleged the reality star had a "much-talked about fallout" with her friend and past employee. The tabloid even maintained, "Kim showed she has put that feud behind" her, having flooded social media with a flurry of birthday wishes to Shepherd. But there's one big problem with the paper's article: Shepherd is not Kardashian's "nemesis," and they've never had a "feud."

The false "fallout" stories were a product of the media, which incorrectly speculated in 2017 the women were fighting when Shepherd stopped being Kardashian's personal assistant after four years. The truth is they parted ways because Shepherd wanted to do something else, and the two stayed close. Once she became aware of the newspaper's inaccurate article, on Sunday morning Kardashian tweeted, "Please stop with this fake narrative. She was NEVER my nemesis. We simply stopped working together but we have always remained super close friends."

Incredibly, the tabloid seemed to have missed a month ago when the two women jointly debunked rumors of a "feud." In a video posted to the reality star's personal website, Kardashian and Shepherd set the record straight. Kardashian noted, "We've never had a feud," and explained her former personal assistant just wanted to "go off and do other things." For her part, Shepherd clarified that "we really never even stopped talking" and that headlines about them being at odds were "not true."

In April, for instance, in an Instagram video posted by family friend Larsa Pippen, Kourtney Kardashian could be seen celebrating her birthday with Shepherd and sister Kim. And in June, Shepherd attended the CFDA Fashion Awards, where Kim was honored with the Influencer Award. The former assistant even joined several Kardashian and Jenner family members on a private jet from Los Angles to New York, where the awards were held.

This isn't the first time Daily Mail has been wrong about Kardashian. Among the many other stories Gossip Cop has pointed out where the paper has been off-base was a piece a few years ago in which it asserted Kardashian and West were naming their son Easton. Of course, they named the boy Saint.

Conclusion: While the British tabloid expressed surprise that Kardashian kept wishing her former personal assistant a happy birthday because it alleged they had been in a "feud," the reality star herself debunked the claim that her past employee was her "nemesis." And just a month ago, as noted above, Shepherd also cleared up the untrue rumors about the two of them being on bad terms in a video with her former boss. While the paper made blanket statements about the two women previously being at odds, without any proof whatsoever, Gossip Cop will take the two primary sources, Kardashian and Shepherd, at their words. For those reasons and others mentioned, we're giving the outlet's article a zero on our fact-or-fiction meter.