Kim Kardashian did not just dump several hundred dollars worth of baby clothes on the counter of a boutique because the store refused to refund or credit her, despite a new report. Gossip Cop can exclusively correct the made-up story. In addition to the article lacking any specifics or there being any photographic proof to back up a tabloid's claim, we're also told it never happened. 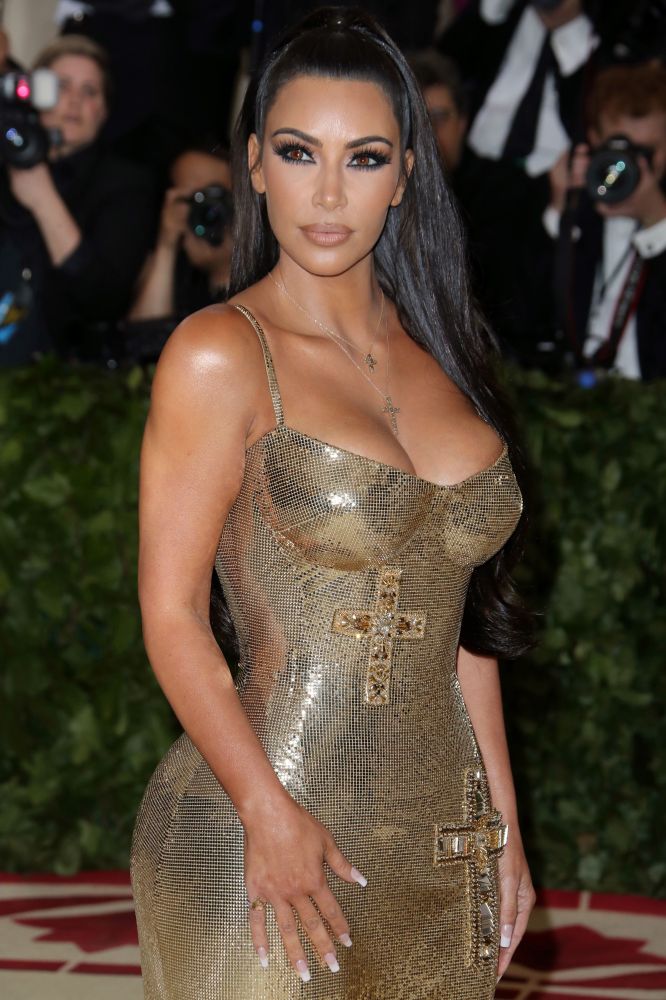 According to an unsourced report from Star, Kardashian stopped by a "West Hollywood baby boutique armed with hundreds of dollars' worth of designer items and asked for a refund or a credit." And when a salesperson informed the reality star of the "swanky store's" strict policy that merchandise can only be exchanged "within seven days of purchase," the magazine contends Kardashian got infuriated. A so-called "source" tells the tabloid, "Kim asked to swap the bundle for other stuff, but the woman flatly refused, arguing the merchandise had been purchased weeks before." Adds the supposed tipster, "Kim was so frustrated, she left the still-tagged rags right on the counter, scoffing, 'You can keep it and stormed out.'"

For even a newly hired journalist, it should be abundantly clear the article is either one of the worst reported stories ever about Kardashian or total fiction. Gossip Cop would argue it's both. The article neglects to mention some much-needed details, including where, when and what.

While the magazine alleges Kardashian tried to return several hundred dollars' worth of (presumably) clothes, it never names the "West Hollywood baby boutique" or "swanky" store where this all allegedly took place. And the reason is simple. It never occurred and, if there really were a store, chances are Kardashian would have been photographed walking in or out of it. More significantly, if the tabloid reported the shop's name, Gossip Cop and other outlets would be able to call up the establishment and fact-check the claim with the manager, for instance.

Also curiously missing is when this all supposedly took place. Was it last week? Two weeks ago? Or more likely, three weeks from… never? It's hard to believe something happened when a publication can't tell you when or where.

Additionally, the outlet goes to great lengths not to mention what exactly Kardashian allegedly tried to return. It just refers to whatever it was as "designer items," "the bundle," "the merchandise," and "still-tagged rags." It appears the "rags" were "hundred of dollars' worth" of baby clothes, but even that's uncertain.

As noted above, she's one of the most photographed celebrities in the world. Just a few days ago, Kardashian was spotted shopping with North. In stark contrast to the tabloid's account, which had no details about where and when, it was recently reported Kardashian and her daughter went to Neiman Marcus in Calabasas, California on July 31. Similarly, the paparazzi caught Kardashian shopping at Barneys in Beverly Hills on July 1. Again, when outlets report on subjects, they always say where and when, unless it's terrible reporting or totally fictitious.

It also stands to reason that a task such as simply returning merchandise would be delegated to her assistant. Also, the claim makes no sense logically. If Kardashian wanted a refund and couldn't get it, why would she just leave the items in the store, instead of giving them to her newborn nieces or to other friends? And lastly, as opposed to the often disproven tabloid's unnamed and untraceable "source," a rep for Kardashian went on the record to call the magazine's story "all false."

Of course, Star doesn't have the greatest track record when reporting about the reality star. Just a few week ago, for instance, Gossip Cop busted the tabloid when it again inaccurately maintained Kardashian was getting a billion-dollar divorce from Kanye West. The magazine was wrong then and when it made the exact same claim in December 2017, June 2016, and February 2016.

Angelina Jolie Does NOT Want Brad Pitt Out Of Kids' Lives, Despite Report